Trainer Paul Smith has a Sydney trip in mind for Lolly Dolly if the lightly-raced mare can maintain her unbeaten record on her home track at Coffs Harbour on Friday.

The mare, a five-year-old who only began racing this season, chases her third win from just seven starts when she lines up in Friday's Benchmark 58 Handicap (1200m).

Lolly Dolly has an unblemished record at Coffs Harbour - winning her maiden there on December 6, then returning from a spell to win again at her most recent start on April 14.

She surprised her trainer a little with her impressive first-up win in a Class 1 over 1012m on a heavy 8 surface, travelling wide throughout but proving far too strong at the finish for Sugar Baby and Unimpeded. 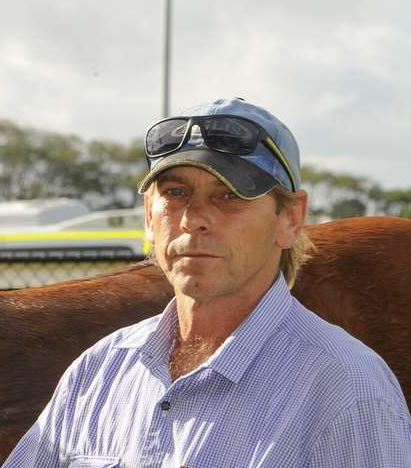 The two placegetters added more merit to the Lolly Dolly's performance by both coming out to win at their next starts.

"She was a bit underdone going into that first-up run, which was the concern on a heavy 8," said Smith.

"She also sat three and four-deep in the run and I would have been happy enough with her effort if she'd just wilted late, but she really knuckled down over the final stages and was actually coming away from them at the end.

"That effort on the heavy 8 certainly took it out of her a bit, that's why there's a bit of a break between runs, but her work since has been good.

"And she can only improve further on a firmer surface and stepping up to 1200m in Friday's race. She has to carry the 60kg, but I don't think the weight will be an issue."

Smith was considering running Lolly Dolly in a TAB Highway (1200m) at Randwick this Saturday but opted for the Coffs Harbour assignment instead.

"I did nominate her for Saturday's TAB Highway, but I just thought it might be a bit tough at this stage," said the trainer. "But if she races well again on Friday, a trip to Sydney for TAB Highway in the near future is definitely on the cards for her."

Lolly Dolly, with two wins and two placings from just six starts, is certainly making up for lost time. The daughter of Warhead did not get to the racetrack until well into her five-year-old season, finishing unplaced on debut at Port Macquarie on October 27 last year.

"I think she went through a fence and injured herself when she was younger and she also had a bit of maturing to do," said Smith. "It took a while to get her going when she first came into work, but she has just kept on improving from her first prep to now.

Lolly Dolly drew ideally in gate five for Friday's race and will again be ridden by Ray Spokes who partnered her in both of her previous Coffs Harbour wins. Smith hasn't fared as well with the barrier draws for several of his other Coffs Harbour acceptors.

Two-year-old Borlotti, a debut winner against older horses at Grafton on April 20, drew gate 14 in the same race as Lolly Dolly and is likely to be saved for a Murwillumbah race against his own age on Monday where he drew gate two.

"I thought Lady Wahoo and Sir Angus could both be competitive in their races before the draw, but they are going to need plenty of luck now from those outside gates," said Smith. "Latin Dayz will be better later on when he gets over a bit more ground."

Leading Murwillumbah trainer Matt Dunn looks be holding a strong hand at Friday's eight-race meeting, including likely favourites Tolerate in the Maiden Hcp (1300m), Without Risk in the Benchmark 58 (1600m), Astralis in the Class 2 Hcp (1400m) and Dreamtime Magic in the Benchmark 58 (1200m).

Astralis, a $450,000 buy at the 2018 Easter Yearling Sale formerly trained by the Hawkes stable, couldn't have been more impressive at her first run for the Dunn stable when she trounced a maiden field by almost seven lengths at Coffs Harbour on April 14.

However, she has drawn an outside gate at Coffs Harbour, and may run instead at Friday's Gold Coast meeting.