There will be no shortage of finish images should former Tassie rogue The Grey Crusader land the money at Coffs Harbour this Friday.

“I’ve been taking photographs of winning horses all my life and I’m yet to actually take one of a horse I’ve owned – maybe this fellow will be the one!” declared Bradley. 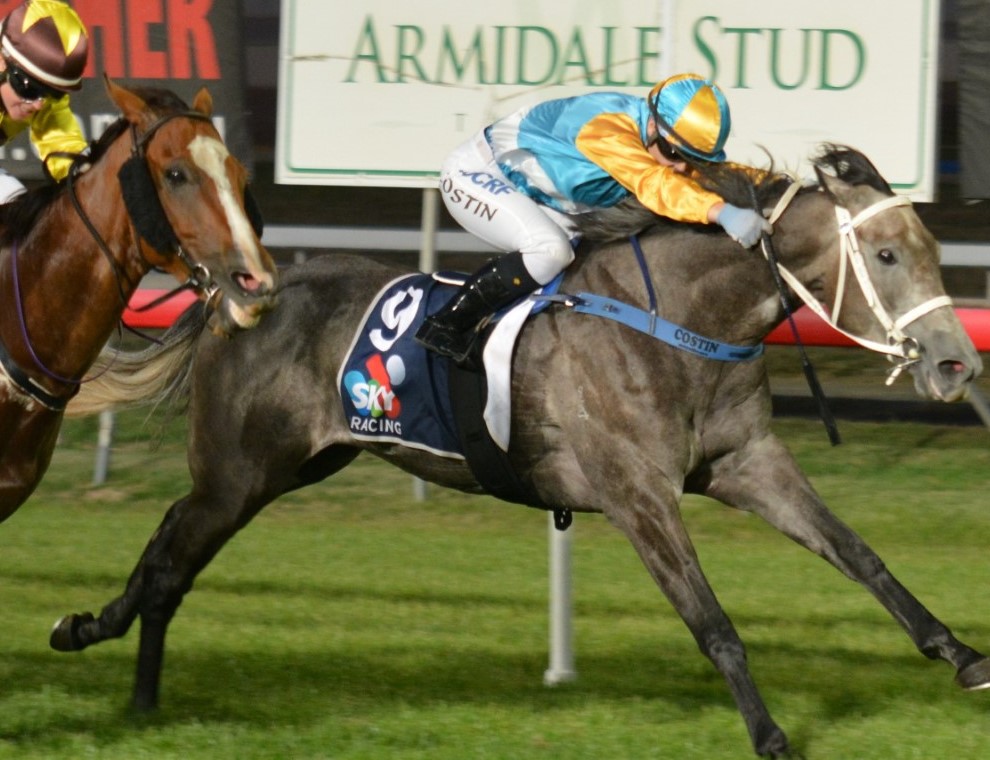 Tuncurry-based trainer Terry Evans prepares The Grey Crusader and he explained the purchase: “He was a cheap horse and had issues; the main one was his barrier manners.

“He was barred in Tasmania for being fractious in the gates and that’s the major reason he was not expensive.

“We’ve done a lot of work with him at home and he seems to have settled into his new surroundings well. He is a healthy and happy horse.

“He’s an out-and-out stayer so we will be looking for races over 2000 metres and beyond – the further they go the more he comes into his element.

The Grey Crusader has had just three starts for Evans and his latest effort showed merit when under pressure a long way from home, but he held his ground well for sixth at Port Macquarie over 1506m.

The horse has been nominated for Friday’s Benchmark 58 Handicap (1600m) with Evans having the Tuncurry-Forster Cup in mind as a target later in the year.

Four-year-old mare Moonwinkle has raced on six occasions and is another that will be suited over longer journeys. Last start the mare battled on solidly for second at Port Macquarie (1506m).

“She will be suited by the extra 100 metres at Coffs and is now starting to strike some form,” Evans said.

Bouquets, a three-year-old filly, is yet to finish a placing in four runs but Evans suggested her record is deceiving, having been supported in from $41 to $19 at her last outing.

“She finished 10th at Port Macquarie last time out but the effort was much better than it looks on paper,” Evans said.

“She drew barrier ten and every time her jockey tried to get in, they kicked up inside her and she was forced to race three and four-wide the entire trip.

“She’s no champion but we’re expecting a good showing at Coffs; just hopefully, we can get a start as there’s bound to be a stack of nominations for the meeting.”