It All Started For Santa In The Wagga Town Plate

Three years have passed since a then four-year-old gelding scored his fourth victory at his 17th outing during Wagga’s two-day Gold Cup Carnival that kicks off this Thursday.

That sprinter – by the name of Santa Ana Lane – has since gone on to fame and fortune capturing five Group One wins and a Group Two with his bank balance now sitting at $7.7 million.

Santa Ana Lane burst into prominence when he came with a devastating burst from near last to claim the 2017 Wagga Town Plate from Lord Von Costa. 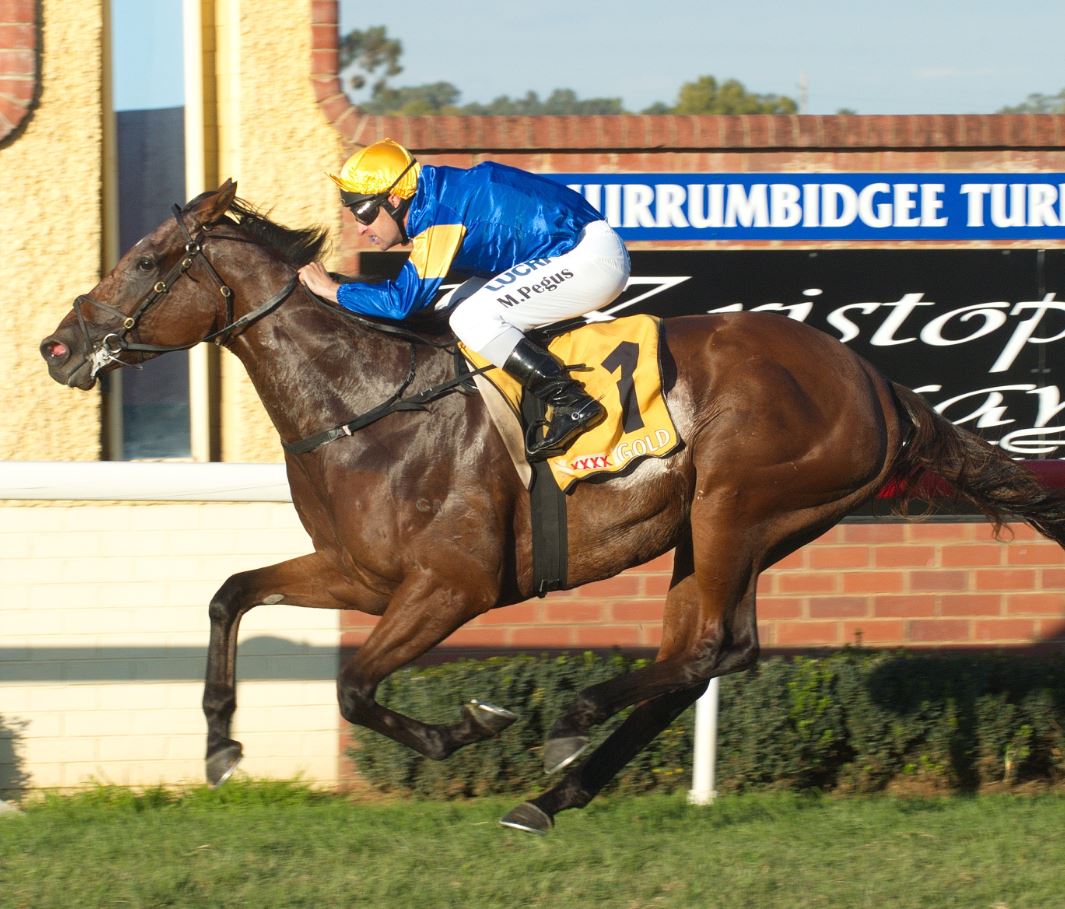 The emergence of star sprinter Santa Ana Lane (Mark Pegus) was when he claimed the 2017 Wagga Town Plate. Image by Steve White

City winner Miss Scorcher, who was impressive winning the Town Plate Prelude at Wagga, is also among the entries and is assured of a start after claiming that race.

The following day sees the running of the $160,000 Navigate Advisors Wagga Gold Cup that has attracted 26 nominations.

“This year’s carnival is not clashing with the Warrnambool carnival and with our excellent prizemoney, we are expecting very strong fields from both sides of the border,” said Murrumbidgee Turf Club’s CEO, Steve Keene.

The annual William Farrer Tye Angland Medal will again be hotly contested with points accumulated similar to the jockeys’ challenge (3-2-1) with points on both days tallied.

“It would have been a privilege and an honour to have Tye trackside this year to present the Medal, but due to COVID-19 restrictions, that will have to wait until next year.

“Being a local Wagga boy, we felt it was only fitting that MTC name this Medal after Tye to celebrate what was an outstanding riding career.”

Both days of Wagga’s Cup Carnival are Racing NSW Country Showcase meetings with total prizemoney on offer a massive $811,000.