Gwenda has numerous lower-tiered runners throughout the popular Shoalhaven track's seven-race country TAB program where dual winner Heavenly Glory could be the pick, fitter and lengthy odds in the final event for Chad Lever. 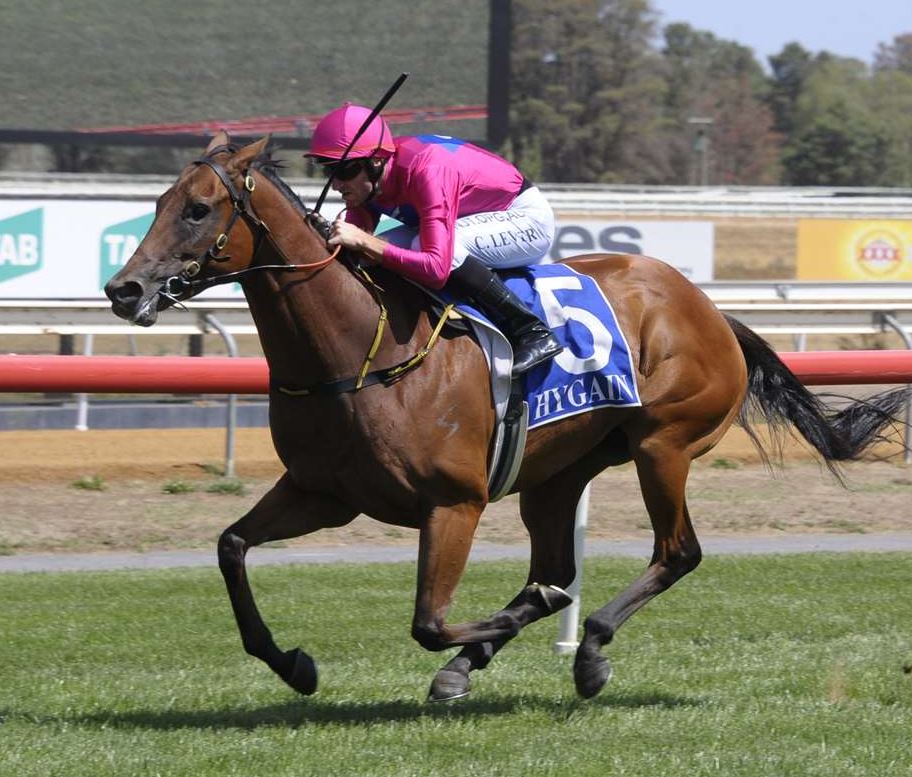 Heavenly Glory scores at Canberra with Chad Lever aboard. Image by Bradley Photographers

Also, front-running Kembla winner Chicansalade appeals back in grade from Newcastle and Kembla races with the maximum claim for Maddison Waters in the third event.

Gwenda, the 2019 Australian Derby winner with Angel of Truth, invariably strikes at Nowra with her 'B team'.

Nowra has attracted capacity fields for a good 4 racing surface with all safety protocol procedures continuing.

Dryden again links with in-form Irish apprentice Ellen Hennessy who won on the aptly-named Foxwedge-Pass the Parcel gelding at Canberra into Tuesday’s TAB Long May We Play BM 58, 1600m.

Dryden was one of the first to recognise the emerging talents of Hennessy and countryman Tom Sherry with major claims and they have ridden numerous winners for Capital Racing.

“He does want further, out to 2000m, it’s difficult finding that range in restricted grade but he’s a nice progressive type and he’ll be really strong at a ‘mile'," Dryden said.

"It took him a while to wind up and get there for his last win, but he’s shown the versatility all types of going. Taking time to mature but eventually, he could make a nice country cups horse.”

Dryden also finalised plans for his The Kosciuszko winner Handle the Truth who was scratched from last Saturday’s TAB Hall Mark Stakes Group 3, at Royal Randwick.

“We’re going to the Hawkesbury Gold Rush at Rosehill on Saturday,” Dryden said.

At present Nowra is rated a good 4 surface in overcast weather.