Triple Country Championships contender Bennelong Dancer will relish the step back in grade as she heads to Bathurst for the $80,000 Bathurst RSL Soldier’s Saddle (1400m) on ANZAC Day.

Bennelong Dancer is the only horse to have competed in three Country Championships Finals at Royal Randwick, the latest a fortnight back when down the course behind Murwillumbah grey, Gracie Belle.

“She just doesn’t fancy heavy tracks [heavy 8] so we were up against it from the start,” remarked Albury trainer Donna Scott. 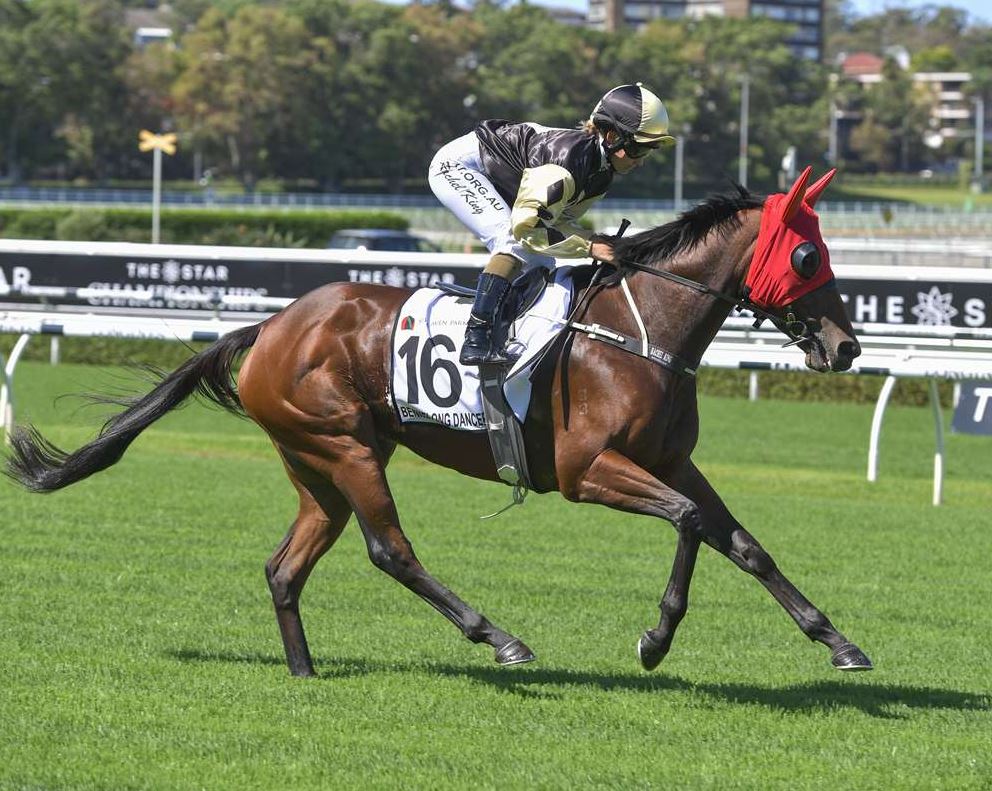 “She was three-wide all the way from barrier nine which didn’t help, so it was no surprise she tired over the final stages.”

Bennelong Dancer had performed admirably in her two other Country Championships Final appearances, finishing third to Noble Boy in 2019 [soft 7] and fourth to Victorem [good 4] the previous year.

The mare has an excellent record over 1400m having raced over the distance 11 times for two wins, five placings and two fourths.

The only two races she has finished down the track were in this year’s Country Championships Final on the heavy and in a TAB Highway race at Rosehill Gardens 16 months back.

“She has done really well since the Championships Final and the 1400 metres at Bathurst looks ideal,” Scott said.

“We had her in a race at Wagga [today] but the 1200 metres looks a little too sharp for her at this stage.

“And she’s not a horse that backs up well, so she will appreciate having three weeks between runs when she heads to Bathurst.”

Scott said she is hoping to secure the services of jockey Blaike McDougall who has ridden Bennelong Dancer in three of her four wins.

The journey from Albury to Bathurst is usually a five-hour float trip and is actually half an hour less than heading to Sydney.

Unfortunately, Saturday’s Bathurst Thoroughbred Racing’s Soldier’s Saddle meeting will be run with no crowd due to the COVID-19 pandemic.

“It’s a shame as this is a day is normally where the town and district come together to pay tribute to our ANZACs,” said BTR’s Allie Webster.

“The Soldier’s Saddle made its debut in 1993 with Bathurst RSL as major sponsor for the event and since then has gone from strength-to-strength and now has become an iconic race in the region.”

The following day Tamworth Jockey Club will hold its Cup meeting which is a Racing NSW Country Showcase program.

“Even though total prizemoney had to be pruned by Racing NSW due to Coronavirus, we are still offering $435,000 over the eight races which is outstanding,” said TJC’s GM, Mitch Shaw.