The mare will have her final lead-up start from the outside barrier in the Murrumbidgee Cup (1800m) at Wagga on Sunday.

Yousay Bolt is a stablemate of Albury Cup winner Spunlago which will contest Sunday’s Town Plate Prelude over 1200m. 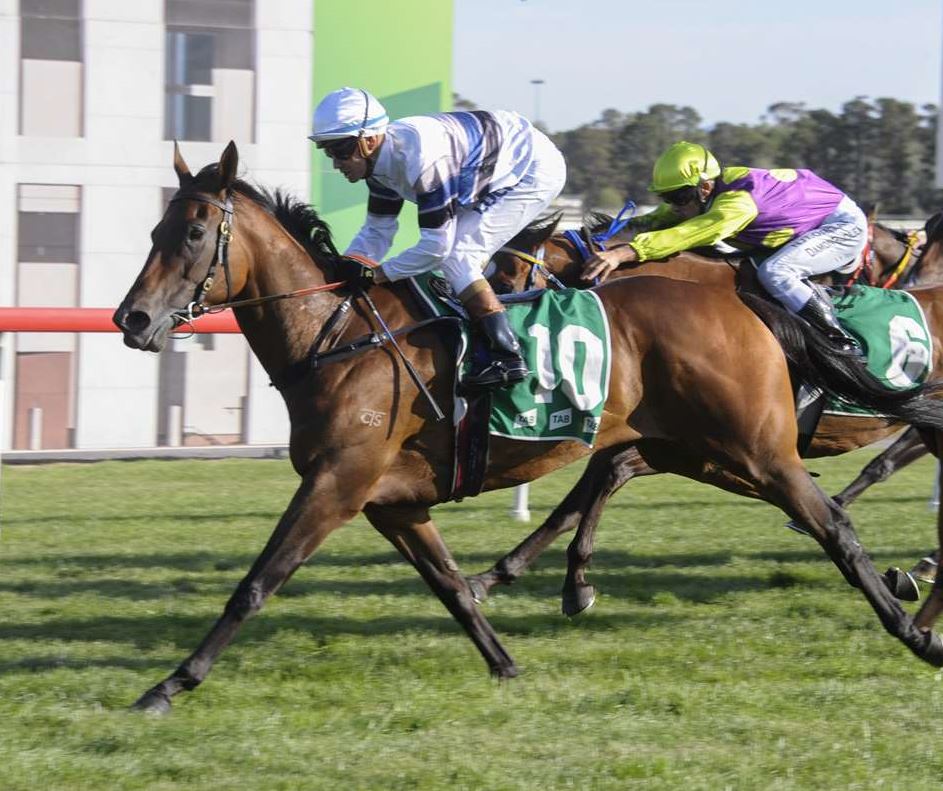 Stubbs said Yousay Bolt would have to prove she is worth a start in the Wagga Cup which will be run on May 1.

“She would have to perform extremely well to take the next step into the Wagga Cup. I wouldn’t knock it back if she didn’t run well and get a start,” he said.

“Spunlago will start in the Wagga Cup and he will run with a big weight on Sunday over 1200 metres.

“It is better to start him over 1200 metres with 63 kilograms than in the Cup p\Prelude.”

Yousay Bolt has drawn gate 17 with experienced jockey Matthew Cahill aboard and Stubbs expects the mare with the powerful finish to be well back early before finishing off in her customary fashion.

The five-year-old finished second over 1600 metres in the Albury Mile and is having her first shot at 1800 metres.

“I was really pleased with her last run and hopefully she gets back from the wide gate, travels well, and finishes off well which is one of her strengths.”

Meanwhile, Spunlago’s impost of 63 kilograms could prove too much as he heads towards the Wagga Cup. Stubbs will also give Cash Crisis his first start under his care in the Plate prelude.

Cash Crisis is proven in this class and is already the winner of an Albury City Handicap and two races at Wagga.

Kembla Grange trainer Graeme Murray will start Flash Fibian and Miss Scorcher who are both past Wagga winners.

Miss Scorcher started this campaign with a second at Canterbury and then contested the Provincial Championships series.

Murray is a regular at Wagga especially during the Wagga Cup carnival and he plans to be back with both horses in a couple of weeks.

“I think both of mine will be very competitive. They have drawn side by side and there won’t be much between them,” he suggested.

Wagga trainer Gary Colvin will have Forever Newyork and Snippet Of Gold resuming and isn’t underestimating either.

The duo both have impressive records at Wagga and are also noted to produce strong first-up performers: "It’s a tough race and they will need luck, but they are going well," he said.