Costin's Ready To Roar With Big Book At Nowra (Sunday)

Nowra’s TAB meeting on Sunday sees the oft racing scenario of one jockey’s misfortune resulting in prime opportunities for another.

The short suspension of Bjorn Baker’s South African talent Brandon Lerena has resulted in Winona Costin picking up live chances for the Warwick Farm stable among her full-book at the popular Shoalhaven track.

Costin combines with the prolific regional-winning stable with three emerging youngsters throughout the seven-race program. 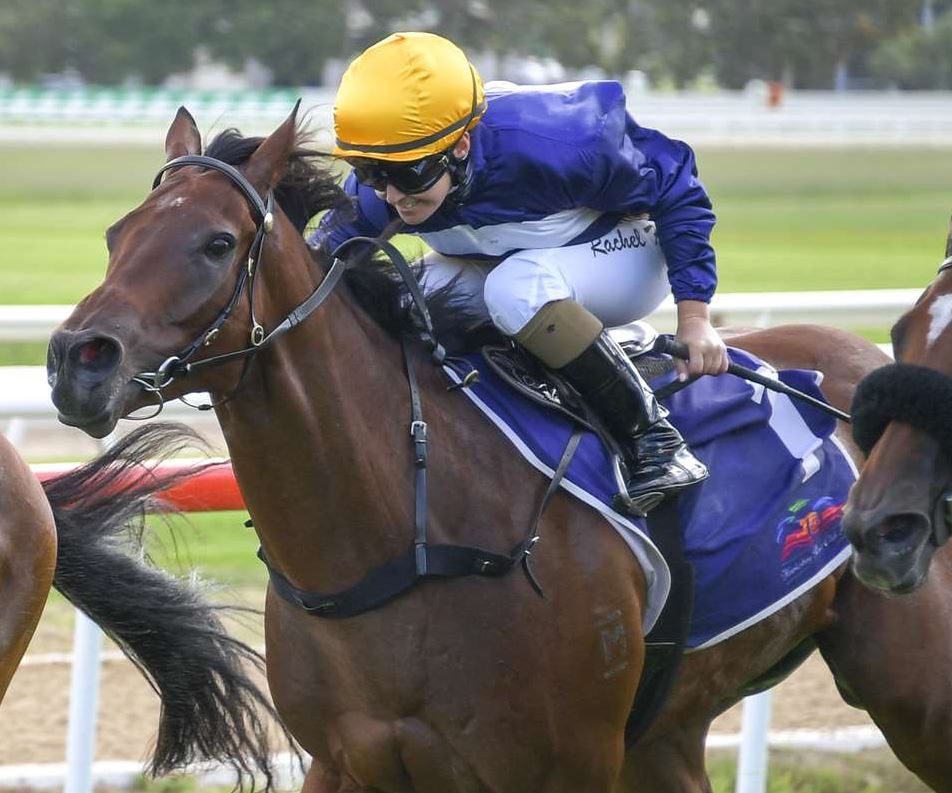 Nowyunomi (Rachel King) powers to the line at Hawkesbury. Image by Bradley Photographers

The So You Think four-year-old gelding started a 'white-hot' $1.40 breaking through at Hawkesbury, and is drawn ideally to take the next step.

Meanwhile, Lerena who made an immediate impact in his first season with two dozen winners for Baker since relocating from Group success back home, and he won’t be a spectator for long.

Lerena pleaded guilty to a careless riding charge at Goulburn’s TAB meeting on Monday, considered relatively minor as he was suspended for just a week.

So the Kembla-based Costin is in high demand with her hour’s travel proximity to Nowra and she rides in all seven races.

“Brandon would have been on most of ours, only for the suspension, he’s cleared to ride again on Tuesday - he’s been great for us,” offered young Baker racing manager, Steve McLean.

Costin’s best for Baker is Corcra in the third event and she also rides Little Jerry (race one) and Unrestricted (race 4).

Corcra, a three-year-old Shamus Award gelding in the money at four of his five starts, hasn’t raced since November.  Then he placed at Orange following a runaway maiden win at Canberra, ridden by Lerena.

“He’s resuming off two nice trials, drawn well and his Canberra maiden win was dominant,” McLean said. “Dollareuro (Eurozone) is also a progressive type, trialled up nicely, well-drawn and will appreciate the 1400m.”

But it doesn’t end there for team Baker.

The horse won at Kembla last prep, ridden by Lerena, was placed at Hawkesbury recently and will be fitter from a spell.

Significantly, after the Kembla success, Mystery Trick was rated promising enough to contest the Group 3-Ming Dynasty where he had specking at odds but was unplaced.  Credible (race one) has also shown up in several trials. At present

Nowra is rated a soft 6 surface (after 12.5mls of overnight rain) with fine weather predicted, and drawing capacity fields.