Bigger Things In Store For Bombdiggity After Wagga (Friday)

If talented sprinting prospect Bombdiggity makes the transition to open class at Wagga on Friday some feature races are on his agenda.

Bombdiggity will start one of the favorites for the Wagga Whirlwind (1000m) with the state’s leading country jockey Blaike McDougall aboard.

Goulburn trainer Scott Collings has the Albury Flat Knacker at next month’s Cup Carnival in mind for Bombdiggity if he races up to expectations. 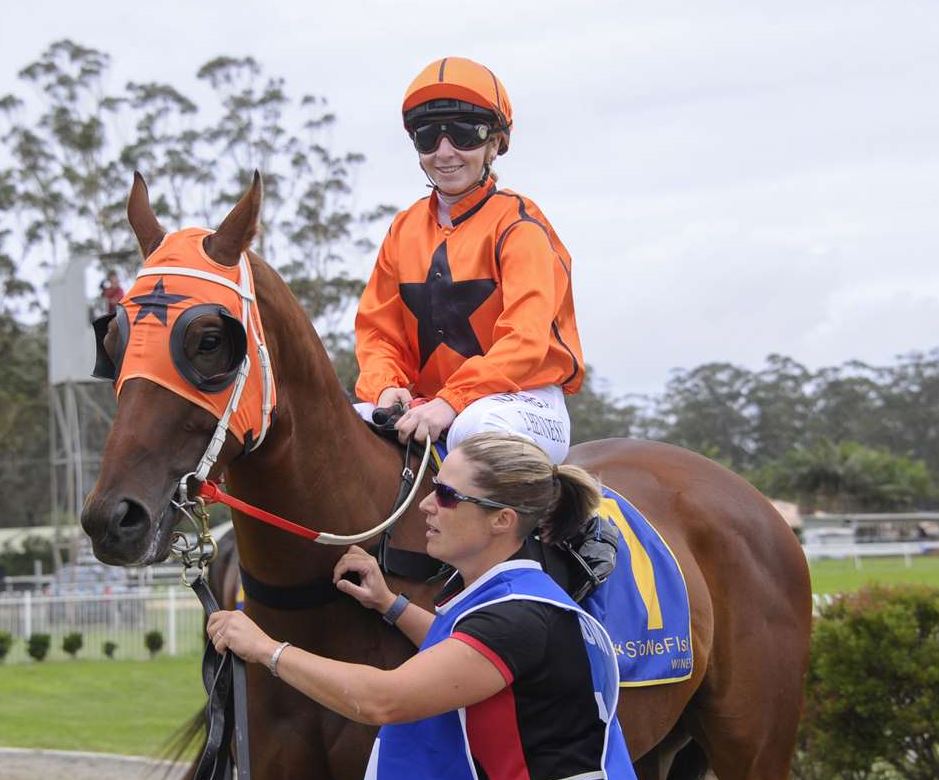 Bombdiggity with Ellen Hennessy aboard. Image by Bradley Photographers

“He deserves a crack at open grade because he has been winning with big weights in easier grade,” Collings said. “He is a natural speed horse so I expect him to be in the first three or four.

“It’s a good time to test him out with a few kilograms less on his back.”

Bombdiggity has won five of his 11 starts and excels at the sprint trip only missing a victory once in four attempts.

The four-year-old has taken three wins from his past five starts and also finished second behind Moore Euros in a Highway Handicap at Randwick.

“This is his hardest test in open grade, but I expect him to be hard to beat,” Collings suggested.

“He has won three races this campaign and deserves a crack at open grade.”

Proven sprinter Zahron is ten years of age, but has won 12 races and is proven in this grade while Flash Fibian is resuming from a spell. The six-year-old hasn’t raced since August and prior to that ran a close sixth in the Kirby Handicap at Grafton.

He won consecutive races during the winter but isn’t a noted first-up performer. However, he has won two of his four starts at Wagga and trainer Graeme Murray felt the conditions of the race will suit the gelding.

“He may need the start, but he is going well and some of the owners are from Wagga so it’s an ideal race,” Murray said.

The Kembla Grange trainer will also run last start winner Direct Default in the final race. Murray will send four starters to Wagga, but will attend the night meeting at Canterbury with one runner.

“Direct Default has been in the top few at most of his past ten starts and deserved his second career win,” Murray said. “It’s a suitable race and he is very fit.”

The trainer will also start debutant Phelan Thirsty and Lord Boulevard who is also resuming from a break.