The switch in venue and a shortened race distance hasn't fazed Grafton trainer David Campbell who still expects his in-form veteran galloper Melted Moments to run another bold race at Casino on Friday.

Friday's eight-race meeting was originally set down for Ballina but due to the state of the track was transferred to Casino earlier in the week. 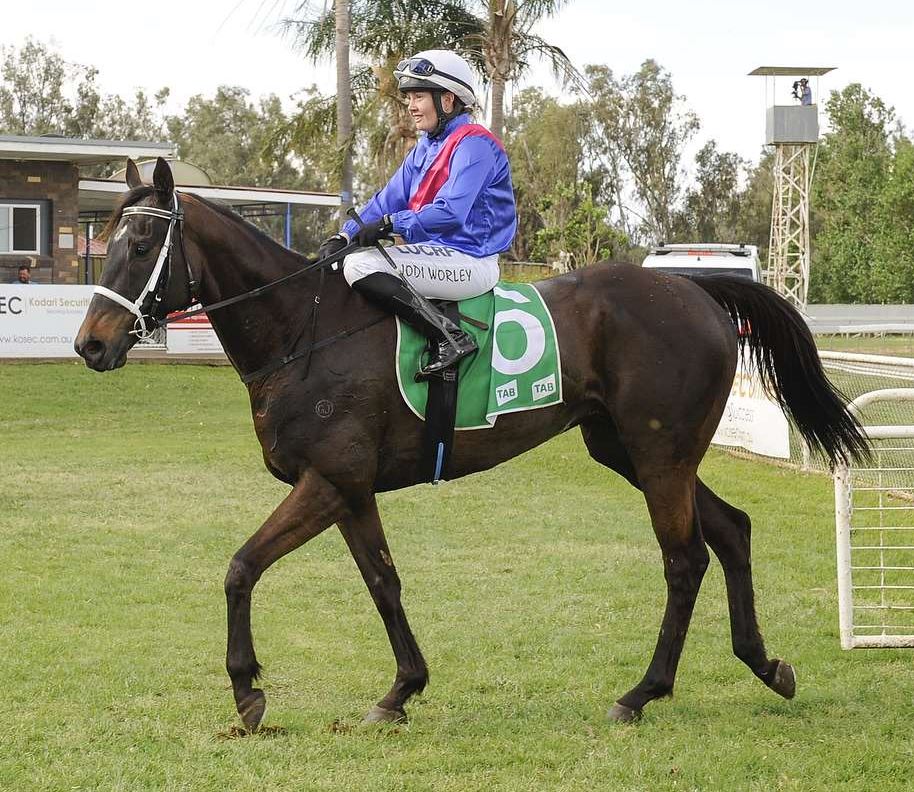 The switch also meant the distances of all eight races were altered to some degree, including the Open Handicap, originally to be run over 1605m at Ballina, but back to a 1400m event at Casino.

Melted Moments chases his fifth win from his past eight starts and his 14th career win overall when he tackles the Casino RSM Club Open Hcp.

The eight-year-old, racing in the best form of his career, has won three of his four starts at Ballina including the $65,000 Ballina Cup (1600m) two starts back on January 17.

He also won at Ballina in a Benchmark 66 Hcp over 1400m back in November and another race at the track much earlier in his career.

"He's definitely a Ballina horse and I obviously would have preferred to be racing there, but it is what it is and now we're racing at Casino," said Campbell.

"But I don't think the switch in tracks or the drop back to 1400m is of any great concern. They have a decent hill at the Casino track and the 1400m there is the toughest 1400m of any of the Northern Rivers tracks, in my opinion - it's more like a 1600m at Ballina.

"He's been in great form and I couldn't be happier with him. And a soft track on Friday also helps his chances as he certainly loves the sting out of the ground."

The Casino track was rated a soft 6 on Thursday afternoon and Melted Moments is a multiple winner in soft and heavy going.

Melted Moments has been a great performer over the years for his four owners - Angela Grills, Belinda Lenehan, Wendy Jackson and Jenny Tierney - who originally purchased him for just $4000.

Previously trained at Armidale by Angela's husband Paul, Melted Moments joined Campbell's stable in the middle of last year after Grills was disqualified for 12 months.

From 74 starts, Melted Moments has won 13 races and been placed another 17 times for prizemoney earnings of just under $240,000. He has won on six differents NSW tracks, including four wins at Armidale, three wins at Grafton and three at Ballina. He has also won at Coffs Harbour, Gunnedah and Scone.

"Paul told me that he really likes racing around this time of the year and he seems to have come into his own this prep - his form has been terrific since I've had him," said Campbell.

"And you wouldn't know he's an eight-year-old - he certainly doesn't. He acts more like a two-year-old around the stable."

Campbell has booked 2kg-claiming apprentice Kyle Wilson-Taylor who will be having his first ride on the gelding on Friday. Melted Moments' two main rivals in Friday's race are the Matt Dunn-trained Tivoli Street and the Jim Jarvis-trained Evopex, both equal topweights with 61kg.

Evopex was well beaten on a heavy 10 when he resumed at Grafton over 1215m on February 6, but he is obviously much better than that and has always pulled out an excellent run second-up in previous campaigns.

Tivoli Street looks hard to beat on his recent efforts, winning three of his past six starts - at the Gold Coast back on October 19, at Grafton on November 18 and at Murwillumbah on December 29.

He suffered a surprise defeat as the $1.45 favourite at Murwillumbah last time out on February 2 when he got back to last after jumping slowly and couldn't pick up Desmon's Pride over the final 200m.

Allied Invasion, Dunn's only other runner at the Casino meeting, also looks tough to beat in the opening event, the Hotel Cecil Maiden Hcp (1400m). Allied Invasion is yet to win in eight starts, but he should have Friday's modest opposition covered.