Jockeys Take To The Skies For Mudgee's Championships

There'll be some high-flying jockeys heading up to next Sunday’s huge Central Districts Country Championships Qualifying day at Mudgee. 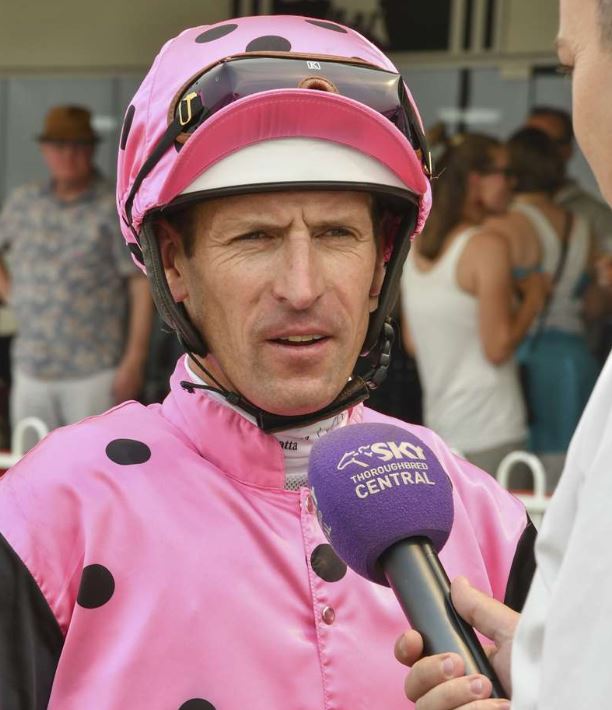 Hugh Bowman is one of several top jockeys heading up to Mudgee next Sunday. Image by Bradley Photographers

“Tommy Berry is also keen to come up so he may be joining them on the plane,” said MRC’s secretary/manager, Colleen Walker.

The day commences early with the Ray Hadley Morning Show presented live from the racecourse.

“Anyone in, or near Mudgee, can come down to the course and watch Ray broadcast his show and we’ll even provide bacon and egg rolls, or sausage and egg rolls with coffee and tea,” Walker said.

“And the first 50 people on course will receive complimentary tickets to the CDRA Country Championships races on the day.

“During the afternoon we have entertainment to stop racegoers in their tracks with The Hot Potato Band, who have a huge following and head to New Zealand to tour afterwards.

“And present and past players of Sydney Rabbitohs and St George Dragons will be attending on the back of the Charity Shield match in Mudgee the night before.

“We had a Board meeting the other day and I made everyone come out and walk the track to see firsthand how it is flourishing.

“Dave Hodgson [Racing NSW’s racecourse maintenance manager] was up here and rated the surface as excellent and one of the best cushions of grass he’s seen in a while.

“And there are many busloads of racegoers heading here for the day; it should be an amazing time.”

Speaking of rugby league, an impressive list of former greats will be heading to Tuncurry-Forster Jockey Club’s Men of League Raceday next Saturday.

“On Friday at Forster Golf Club, 18 holes of golf will be played with 144 golfers teeing off,” said TFJC’s president, Garry McQuillan.

“Registration and breakfast are at 7am followed by a shotgun start at 8am, all to be supervised by that well-liked former referee, Mick Stone.

“The next day everyone will head out to the Tuncurry track for a great day’s racing.

“All the Men of League fellas will be mixing with the patrons holding a pass the football competition with all the kids.

“And a fantastic weekend will conclude at Tuncurry Beach Bowling Club with a total of around $12,000 expected to be raised for Men of League.”