Wright Gears Up For Bedgerabong With Full Book Of Rides (Sat)

Punters who filled their pockets by following Maddison Wright over recent years will be keen to again support runners ridden by the Moruya-based jockey at Bedgerabong picnics on Saturday.

The NSW premiership-winning picnic rider makes the long trip from the far south coast to the track where she rode a winning double at the 2017 meeting followed by four winners in 2018 and a treble last year.

Most of those winners were trained by Rodney Robb at Nyngan including Security Code and Lulu’s Destiny respectively in the 2017 and 2018 Bedgerabong Cups. 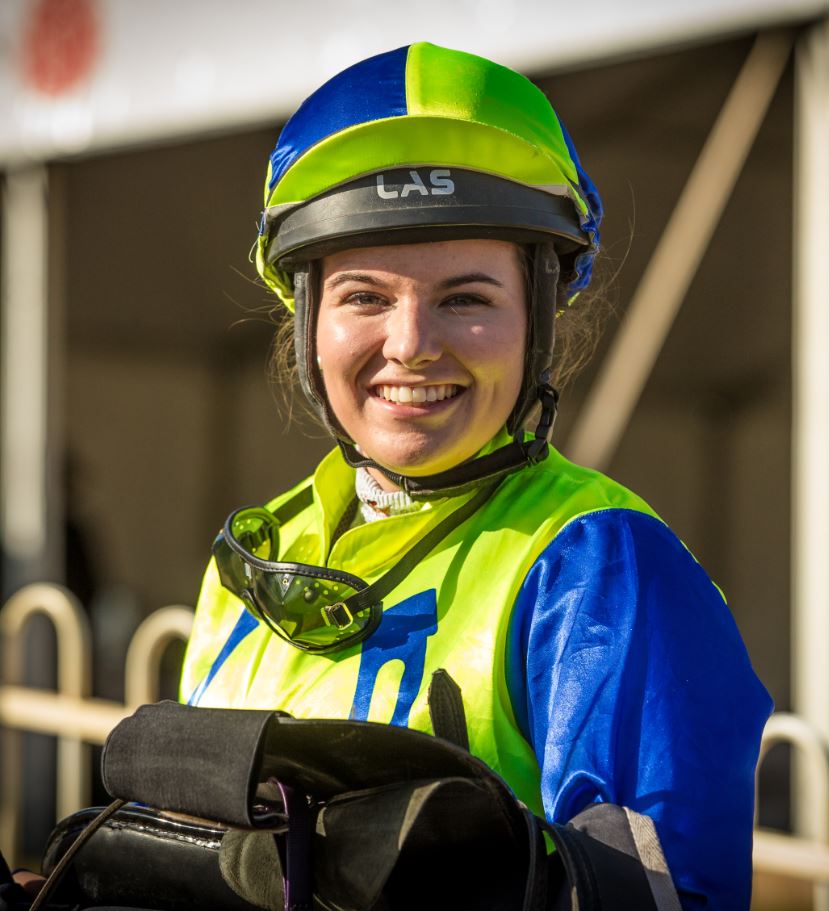 Maddison Wright - should have a successful day at Bedgerabong this Saturday. Image by Janian McMillan (Racing Photography)

Robb and Wright are a highly successful combination and at the recent Geurie picnics they won four of the six races.

At Bedgerabong on Saturday, Maddison Wright has a full book of six rides for Rodney Robb including the very consistent Mango Liston in the $9,000 Western Tree Care Bedgerabong Picnic Cup over 1400m.

Winner of eight races from only 24 starts, Mango Liston was under siege in the straight but produced plenty of fight to beat Larynx and Star Of Moshe at the recent Forbes TAB meeting and has drawn nicely in barrier three at Bedgerabong

Expected to go well in the Cup is the Sharon Jeffries, Parkes-trained Hokkaido which won over $260,000 prizemoney when formerly racing from stables in Victoria and has the services of an outstanding rider in Brent Evans from Tamworth.

Evans began riding on the picnic circuit in 2019 after leaving the sport for several years, however, he was once rated by many as the best apprentice jockey in Australia with wins in major Group races in Melbourne and Brisbane.

Hokkaido is striking form again under the care of Sharon Jeffries and after placings at TAB meetings at Bathurst and Warren, finished a good second to Drummed Out in the Geurie Picnic Cup.

Condobolin trainer Steve Beattie has accepted with his classy grey Hope Island and also Spinning Dawn which finished second to Lulu’s Destiny in the 2018 Cup.

Julia Presits, who rode nine winners in Norway and her native Sweden, has since coming to Australia won four races and is booked for Spinning Dawn.

Canberra trainer Doug Gorrel is enjoying a good season and will start Southern Gamble, the winner of 10 races including a last-start victory at Tumbarumba, with Jody Hughes to take the mount on Saturday.

Multiple premiership-winning jockey Ricky Blewitt, who was one of three riders seriously injured in a horrendous race fall at Tomingley in 2018, is back riding winners and will handle Waldo Waldorf in the Cup for Canberra trainer Darryl Rolfe.

Feature sprint is the Daniel Ball Transport Clearview Bracelet over 800m and a lot of interest will focus on veteran galloper Dunderry with a record of 14 wins and 31 placings from 121 starts.

A win by the Paul Theobald, Bathurst-trained Dunderry would take prizemoney earnings to within $340 of $200,000.

Forbes trainers represented at the meeting are Dennis Bush and Wendy Baker who have their horses racing well over recent weeks, while Cowra trainer Andrew Molloy has a good following in Forbes and will start Glamouron and last start Cowra winner Valerian.

Bedgerabong is one of the prettiest racecourses in NSW and as usual, will be presented in outstanding order for the expected big crowd. First race is scheduled for 1.30 pm and the fields are the best for several years.