Geurie Picnic Cup Winner Beats His Own Drum For The Final

Victories in the Macquarie Picnic Cup (at Trangie) and the Geurie Picnic Cup last Saturday has seen Drummed Out race into equal second place in the 2020 NSW Picnic Champion Series.

Drummed Out ($2.50 favourite), with Maddison Wright aboard, had to pull out all stops to defeat Hokkaido (Brent Evans ($5) by just under a length. 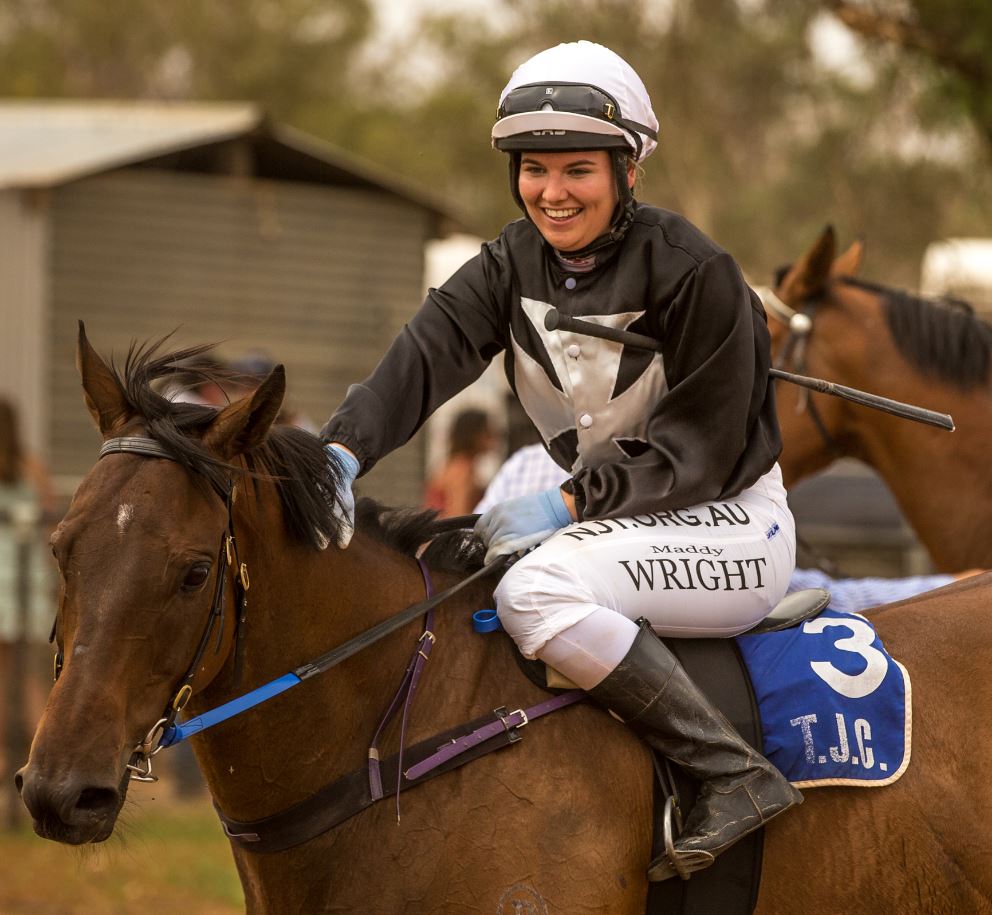 A delighted Maddison Wright aboard Drummed Out. Image by Janian McMillan (Racing Photography)

The win gave the Rodney Robb-trained Drummed Out seven points in the Picnic Series and with his seven from Trangie, now sits on 14 points and on equal footing with Original Prankster and Salerno.

The Roy McCabe-trained Arrow Haze (Ricky Blewitt, $1.60 fav) won the final race of the day at Geurie and her five points have advanced the mare to seven points in total.

Georgian Court, trained by Natalie Jarvis, leads the points score on 16 points following her win in the Young Picnic Cup and a second placing in the Harden Cup, both back in October.