It will be some story – and indeed some achievement – if Edward Cummings can win this year’s Polytrack Provincial Championships with a lightly-raced four-year-old named Vendome.

Now based at Hawkesbury training in his own right for the past year after sharing duties with his father Anthony at Royal Randwick for a number of years, Cummings had a clear objective in mind when he purchased Vendome online nearly 12 months ago.

That objective came a step closer to fruition at Bathurst on Friday when Vendome made a winning debut for his new trainer in a CG&E Maiden Plate (1100m). 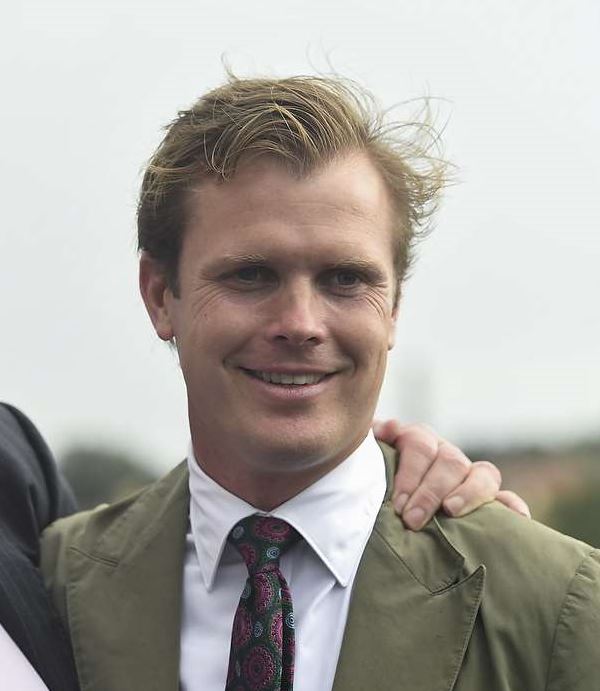 Trainer Edward Cummings has a smart one in Vendome. Image by Bradley Photographers

After only three starts – which included a third to Wagner in a Canterbury 3YO Maiden (1100m) in August, 2018 – for Team Hawkes, Vendome was put on the market following his fifth of six starters to Kylease in a Gosford Maiden (1100m) on February 12 last year.

Stewards that day reported he was slow to begin and thereafter showed no early pace.

Cummings, keen to boost his numbers as he was starting out on a new career of his own, not long afterwards purchased the gelding online for $40,000 through Inglis Digital.

He then syndicated him amongst some existing owners and new clients, including his wife Sarah’s parents Denis and Gwenda Pendergast.

“Denis and Gwenda were at Bathurst on Friday to see their first runner win, so it was a great result,” Cummings said. “We will have a nice family picture to remember the day.”

Cummings explained that the reasoning behind his purchase of Vendome centred around the Polytrack Provincial Championships.

“Being based at Hawkesbury and with the series being restricted to provincial trainers, that seemed a logical objective with this horse,” he said.

“Now that he has won a race, our goal is to lift his Benchmark rating up further by winning another race so that he has a chance of getting into at least one of the qualifying heats.”

The 2020 series begins at Newcastle on February 29, with the Hawkesbury heat (1400m) to be run the following Saturday (March 7).

The first three placegetters in each of the five provincial heats qualify for the $500,000 Final (1400m) at Royal Randwick on April 11 during The Championships.

Leading country jockey Greg Ryan partnered Vendome ($3 favorite) at Bathurst, and hugged the inside to overhaul another Hawkesbury representative, Malcolm Johnston’s well-backed Thrive In The Home ($3.90).

It was Cummings’s third outright winner of his new career, having broken the ice with Gin Runner at Wellington last July and then scoring with Sunborn on debut at Newcastle in December.

Whilst Cummings can take the credit for preparing Vendome for a first-up “kill”, he said he wasn’t responsible for seeking Ryan’s services.

“His wife Pauline (who manages her husband’s rides) takes the credit for that as she rang for the mount,” he explained. “Greg was obviously keen to ride the horse, so it all worked out well.”

Cummings now has around 16 horses in work, and says he can build the number to between 20-25 with further yearling sales on the horizon.

Ryan provided Hawkesbury trainers with a Bathurst double, as he also rode another favorite Prototype ($2.80) to victory in the Maiden Handicap (1300m).

Having her first start for Tara and Phillipe Vigouroux, the Eurozone mare prevailed narrowly after a stirring battle with runner-up Gogh Fox ($3) in the straight.

Team Vigouroux completed an unusual double in winning the first race at Bathurst with Prototype. The couple also won the last race at Scone the previous day with another mare, Elenara ($19), and have now notched six winners in the first half of the season.

The Bathurst double lifted the number of winners trained at Hawkesbury in January to 11 and 62.5 overall since August 1.