Hawkesbury trainer Matthew Vella is under no illusions about the task that his impeccably-bred filly Special Date faces when she returns to Muswellbrook on Monday in search of her second successive win on the track.

Special Date was impressive when she broke through, at her third start, to win her maiden over 900m at Muswellbrook on January 3 and returns to run in the Horsepower Class One, also over 900m.

“This is a much harder race and she has not been helped by drawing barrier six,” Vella said.

“She is going to have to have to go forward and there are a couple of good horses drawn inside her. This is not an easy race. 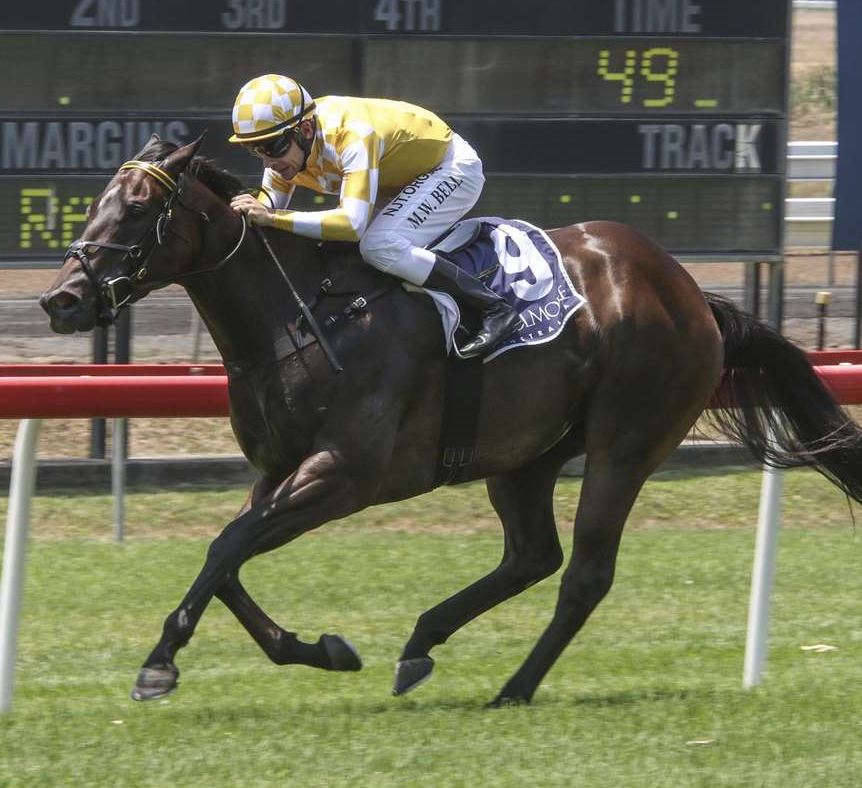 “I was thinking of taking her to Sydney but decided another country run first would benefit her.”

Despite Scone racing on Thursday and Taree on Friday, the seven-race program has stood up remarkably well.

Special Date was bought for $500,000 at the 2018 Gold Coast yearling sale by Go Racing of which Sir Owen Glenn is the principal.

She is by Snitzel out of a half-sister to He’s No Pie Eater and closely related through her second dam to Great Regent, Hurricane Sky and Umatilla.

The filly was given to Brad Widdup to train but when it became evident she was not up to city standard at that point of her career she was switched to Vella.

“This is the way the system works down here,” Vella said. “She was a bit weak and needed time to mature and strengthen up plus there were a few other issues that need to be sorted out so she came to me.

“I break in all the Go Racing horses then it is decided which horses go to which trainers. I think this filly will eventually develop into a city winner but perhaps not yet.”

Wild Fortune has raced three times for a maiden win at Scone and two placings while Giordano has a third at Scone and a win at Gunnedah to his credit.

Even more interest has been injected into the race with the Brett Cavanough-trained Plucky Cuvee resuming off the back of a maiden win at Tamworth last October while the topweight Leo will be having it's second start for Mark Schmetzer after being switched to him from Peter and Paul Snowden.

While at the Snowden stable, he had five starts for a win at Goulburn and placings at Newcastle and Kembla then featured in the stewards’ report when he resumed for an eighth at Muswellbrook on January 19.

Mitchell Bell told stewards the horse failed to travel and did not respond in the soft conditions.

Newcastle’s Jason Deamer had hoped he had the makings of a good galloper in Star Alibi until he turned in a shocker when resuming at Taree on January 13. Prior to that he had won his first two starts at Muswellbrook then ran a good third at Scone.

Star Alibi returns to Muswellbrook as topweight in the Cup Day Friday 27 March Class Two (1500m) with Samantha Clenton continuing her association with the horse.

“I thought I had a good horse until Taree then I wasn’t so sure,” Deamer said. “Hopefully after Muswellbrook my confidence in him will be restored.

“He was stirred up in the parade yard and fidgety in the gates and missed the start at Taree and I think he needed the run.

“He appears a lot more settled now and his work has been good and Samantha has been on him all along so she knows what to look for.”

Deamer and Clenton will also combine with Discombe in the Tune In Tuesday 18 February Maiden (1500m). This will be Discombe’s fourth start for Deamer since Dynamic Syndications switched the four-year-old to him from Gai Waterhouse and Adrian Bott.

In those three starts he has attempted to lead all the way for a second at the Gold Coast, at fifth at Newcastle and a last start second at Muswellbrook when the odds-on favourite.

“He is drawn well but he has top weight and there appears to be a bit of depth in the race,” Deamer said. “However, from that draw he should be able to lead and it will be a matter of seeing if he can run the 1500 metres out.”