Eventually winning two races with a giveaway unraced crock, Alot to Hoffa, after near three years' absence from the track, is a decent tip that accomplished young equestrian Ben Blay has a career rapidly materialising as a professional racehorse trainer.

Ben, 27, newly engaged, with a training licence for just six months, has his first galloper Alot to Hoffa in town and its uplifting stuff and everything intended by Racing NSW in the TAB Highway series for country racing.

Successive bowed tendons since early 2017, suggested Alot to Hoffa (by Bon Hoffa) was a lost cause but after admirable patience and time from Ben, amazingly the six-year-old won a maiden at Tuncurry in class record time at his first race start in December. 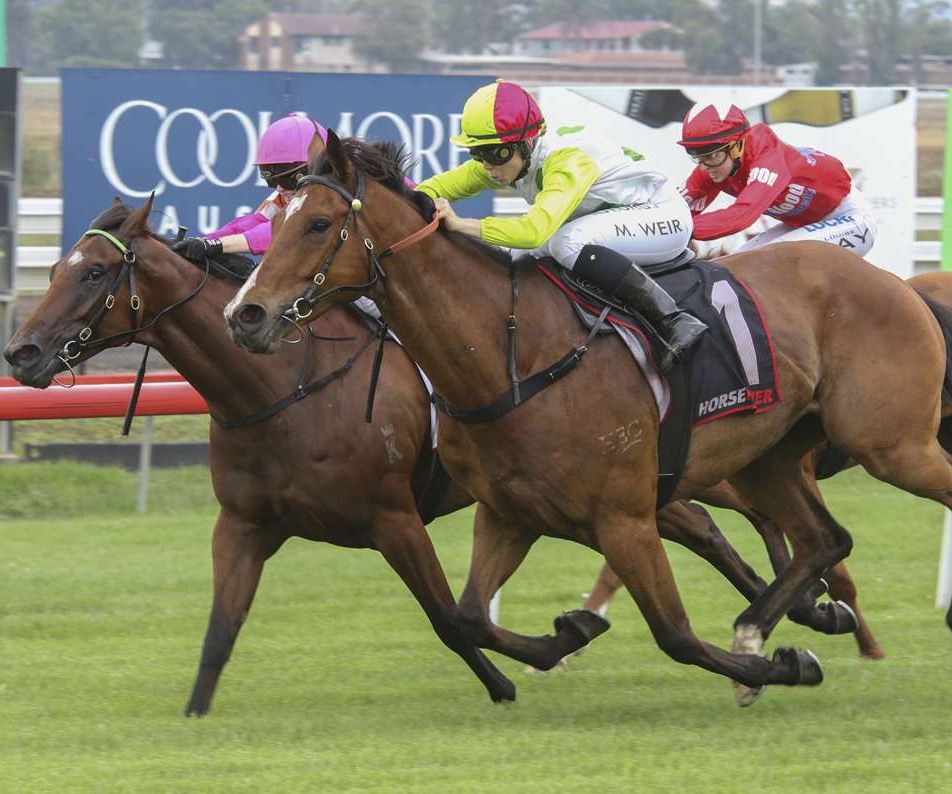 And then the horse took the next step impressively winning again at Muswellbrook.

“For a while he was just plain evil, probably still sore; we got him back from one tendon injury, then he broke down in the other, it was so frustrating,” Ben explained.

Alot to Hoffa broke down initially in a Wagga trial way back in January of 2017, after extended time off bowing the other tendon, and Ben finally got him fit and ready to win at Tuncurry last December.

“We just had to be patient and so careful. But he’d always shown us exceptional ability if we could just get him to the races. And his temperament now is perfect,” Ben enthused into a Royal Randwick TAB $75,000 Class 3 Highway Plate, 1500m on Saturday.

Alot to Hoffa will carry 57.5kg less a valuable 3kg claim for Mikayla Weir who rode him in both wins.

“It meant so much when he won a race. Even in the grade, he still ran a record and when he took the next step and stayed sound, it was pretty exciting.

“I mean he’s a six now, just three starts and won two, so who knows how far he might take it.”

Ben, who works full-time as a pre-trainer and trackwork rider for Todd Howlett in the Hunter, won state and national equestrian events along with his partner Kate Roots who also works for Howlett.  Ben also went to equestrian college in France.

“Kate and I got engaged last Sunday; we’re planning to get married back home in Gundagai at the next Snake Gully Cup.

“I was riding in equestrian and working horses with dad when he won the Cup in 2015 with Zero to Ten - a great day.”

Todd’s family are lifetime country horse folk. His father Jim is a respected Riverina trainer and farrier and his mother, Kathy, a veterinarian.

In 2015, Ben and Kate who both worked with the famed Roycroft Olympic equestrian family, moved to Whittingham in the Hunter from Gundagai to continue to coach and compete in equestrian.

And also pre-train thoroughbred gallopers and ride work. Then they linked with respected local Todd Howlett.

Eventually, Ben took out his own licence just months ago: “It just made sense economically for Kate and me to move into professional racing, try and make a career. So we put a hold on equestrian.

“We’ve got about a dozen coming through, this gelding as well as pre-training and riding work.

“I’m just grateful for the support from Todd, we’re an hour travelling to the Muswellbrook track for work, so I load mine on Todd’s truck,” Ben explained.

“I’m pre-training some numbers and few ready to race. This gelding is my first city starter and naturally my first Highway runner.

"Kate is a part-owner so on the big stage it is going to be an exciting day. The way he’s come up after such a long time off, it was worth a crack for the prizemoney.

If Alot to Hoffa is an outsider, in his favour is an attractive weight drop with Weir’s maximum claim after winning with 59kg.

The odds might be lengthy on Saturday for Alot to Hoffa to provide the perfect engagement present for Ben and Kate, but they and their rejuvenated talent have defied the odds before.