Another Cup Within Reach Of In-Form Dancer (Taree, Thurs)

The five-year-old mare trained by Jim Louizos is capable of adding the cup to her Bowraville Cup triumph over 1370m on September 21.

She was outclassed in a Highway race at Randwick and a race at Newcastle after Bowraville but struck back with a slashing win over 1400m at Tuncurry on December 9. 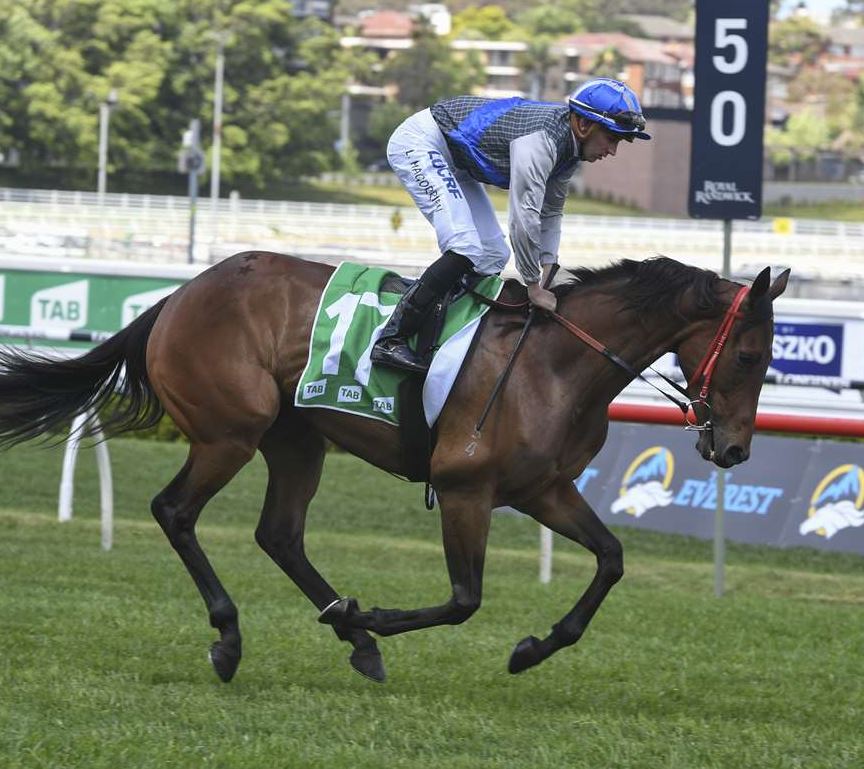 Danzibar Dancer (Lee Magorrian) prior to a race at Royal Randwick. Image by Bradley Photographers

“She is in good form and feeling good,” Louizos said of Danzibar Dancer’s progress since.

“I was very happy with the way she worked on Saturday ... she is a healthy horse and likes to be racing. I have kept her fresh but she drew awkwardly (barrier 9).

“Weight is the only concern but she can run time.”

He said that the form around the Tuncurry race was strong because the third horse, Time Of Glory from Gosford, had since won at Newcastle.

“My mare ran good time in that win and it would be good to win a cup at home.

Grant Buckley takes the ride after Matthew Bennett, who at Tuncurry on her, injured himself at Coffs Harbour on Monday.

Danzibar Dancer has won four races and placed seven times from 22 starts and has won at Taree at the distance.

The field is evenly poised but one in the mix is four-year-old Port Macquarie gelding Chamisal to be ridden by the State’s leading jockey, Aaron Bullock, from Newcastle.

The John Sprague-trained galloper surprised with a win over 1250m, short of its best distance, at Taree on October 18, then was second at Grafton, seventh at Newcastle and a handy fifth at Wyong late November.

Chamisal was put up for sale but after a couple of weeks off was brought back into training.

“The only reason he was for sale was that the connections had a few in the same class and it was hard to split them to race. He was also getting too much weight.

“He has done well after the freshen up and has only been lightly raced with two wins for us from not many starts,” Sprague said.

Taree trainer Michael Byers was disappointed with seven-year-old mare Eyebea Danser when about three lengths back at Taree’s last meeting.

“On her best form, she can win,” he said. “She pulled hard in her last race and could be more settled this time.

“Any sting out of the track will help to give me my fifth or sixth Harrington Cup.”

The provincial gallopers are always hard to beat and the best of them could be Django Unreined which has had two wins and a second at Taree for Gosford trainer Gregory McFarlane.

Others are last meeting’s runner-up Neretva, trained at Gosford by Grant Allard, and Schemer from the Newcastle stable of Paul Perry which has notched two wins from its past three starts.

Port trainer Tom Higgins is hoping to end the run of seven placings from 10 starts for five-year-old mare Blinkin Snazzy in the LJ Hooker Harrington Class 3 Handicap over 1800m.

“She is eating, working, racing and feeling well and thrives on racing,” he said after the mare was an unlucky third in the Woop Woop Cup over 1800m on Boxing Day.