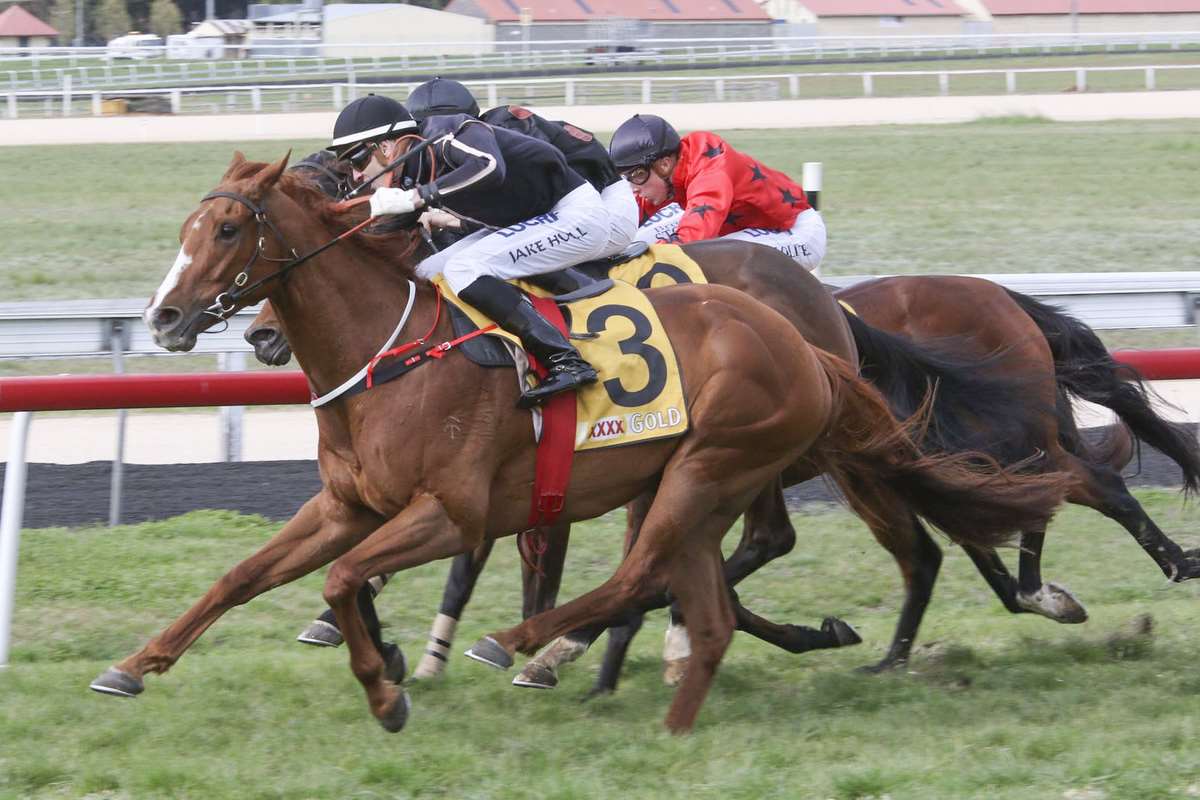 The two geldings have drawn alongside each other in barriers 10 and 11 but whether they both start is up to jockey availability.

Mark Mason has booked Ashley Morgan to ride De La Hoya (barrier 11) but is yet to notify of a rider for Eye On America.

“Can’t get a rider for the other fella,” Mark Mason said of Eye On America. “We’ll sit back and wait and see if we can crack one and see what happens.”

He was initially thinking about keeping Eye On America for the Glen Innes Cup but feels the track might be too hard from all reports he’s had.

“It was a Firm 2 there for this year’s Glen Innes Cup and they haven’t had much rain up there either since,” he said. “We’ll just have to sit back and relax.”

While he has won an Inverell Cup with a “handy little horse” in Youthful Edition, Inverell has always been a successful venue for the Tamworth trainer.

“She was a handy little mare,” he said of Youthful Edition. “Roly Saxton rode her. She won 12 or 13 races for us.

“I took four horses up there one day and won all four races. Mick McFarlane rode all four and another day we won the Shorts with Cypres as well so it’s been pretty good up there for us and we’ve had a lot of fun.”

De La Hoya is also a “handy little fella” with six wins from 26 starts. “He’s finding it a little tougher up in a bit stronger grade,” Mark Mason said.

“He does race well at Armidale but we can’t get a crack there with their water problems.”

Desert Marshal won a 1300m Open at Gunnedah recently and Landmarks has won at Grafton (1200m) and Lismore (1400m) at his past two starts.

Moree gelding, Moree Dreaming, has won two of his last three starts for Peter Sinclair but has drawn badly in barrier 18 with Rachael Murray to ride.

Sinclair did train Free Billy for a Moree syndicate but he is now in the care of Inverell trainer Shane Edmonds. He had his first run for his Inverell trainer when 11th to Desert Marshal at Gunnedah.

Free Billy did win the Coonabarabran Cup four starts back and also won an open at Goondiwindi before he transferred to Edmonds and has raced twice at Inverell, finishing seventh in the 2018 Inverell Cup to Loud Enough and then third to Try “N” Run Amuck in the 2019 Inverell Cup.

Edmonds isn’t the only Inverell trainer with a Cup runner as Dean Smith also has eight-year-old gelding Devlann engaged.

The son of Frisco View and talented mare Excellent Ann has won two of his four starts at Inverell, making his racing debut at the track and running fifth in this year’s Inverell Cup.

He’s also drawn badly in 17 with Geoff Snowden to ride.