Multiple Group-Winning Jockey The One To Follow At Nowra

Lerena, with the profile of a multiple Group-winning jockey back home, is being given increased city opportunities through an impressive winning strike rate of 23% and 58% placings from just 43 rides since arriving in August. 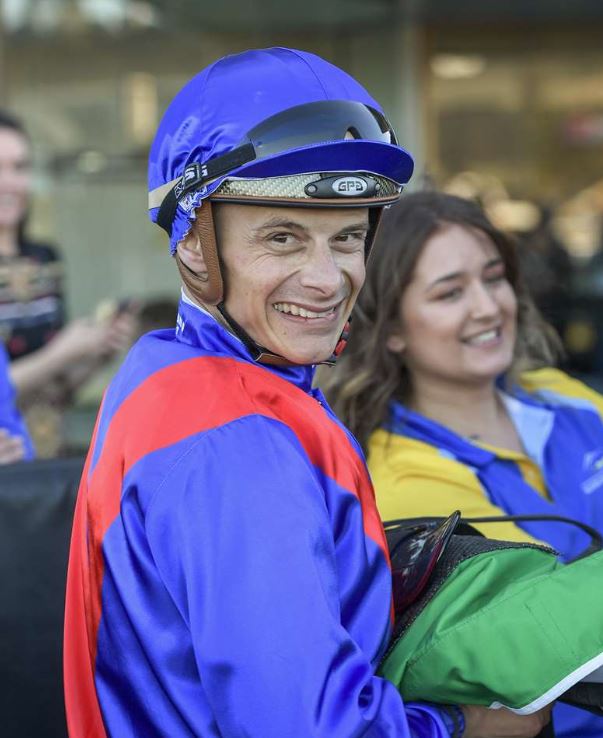 A résumé likely to be maintained on Tuesday with two last start progressive Baker provincial winners, Bushido and Matowatakpe.

“Brandon came to us with the reputation of a big race rider and attitude you’d expect; adapted just super to different tracks and conditions, he’s getting the rewards and more to come,” offered Baker Racing Manager, Stephen McLean.

Lerena rode trackwork at Warwick Farm just hours after his arrival flight, made an immediate impact winning at Kembla Grange, and then followed up with a winning double at Nowra.

And the in-form Team Baker is adamant it’s only a matter of time before he breaks through in town with opportunities now on their better-performed runners.

The stable landed a Royal Randwick treble on December 21 and provincial winners continue to flow with emerging prospects.

“Progressive types, trained on for us, better for racing experience - we like their chances in suitable races,” offered McLean.

“Bushido has a nice turn of natural speed, got across to lead from a wide draw; no easy task at 1100m and Brandon gave him a decent wrap.

“He’s drawn in this time, so we’d anticipate Brandon will lead with minimal pressure; out to ‘1200’ no issue, he’ll take catching.

“Matowatakpe has shown similar ability right from the start, in the money every time and he’s been in some harder races I think before he broke through.

“Brandon knows him as well, rode him for those three provincial placings before he won his maiden.”

Meanwhile, Kembla-based Costin, who has enjoyed career-defining days on south coast tracks, has a near full book and rides Canberra maiden winner Money Heist and Nowra placegetter Sally Sweetness for Waterhouse and Bott.

Winona was originally offered an apprenticeship with Gai after she rode a record five winners at Sapphire Coast in late 2014 and then four winners twice at Moruya in ensuing seasons.

She split with Gai to join team Snowden for a time and on Tuesday retains her Kembla association with the Tubman and Bateup stables.

On Tuesday, Nowra races on a good four track in overcast conditions.