Bon Costa To "Blow Out The Cobwebs" At Murwillumbah

Murwillumbah Cup winner Bon Costa returns to the scene of that triumph on Sunday as trainer Brett Bellamy eyes off another Northern Rivers feature coming up next month.

Bon Costa resumes in Sunday's O'Brien Plumbing Ballina Cup Prelude (1530m) at Murwillumbah as he heads towards the $65,000 Ballina Cup (1600m) at Ballina on January 17.

The seven-year-old's only previous start at Murwillumbah was back on August 23 when he led all the way in the Cup, also run over 1530m. 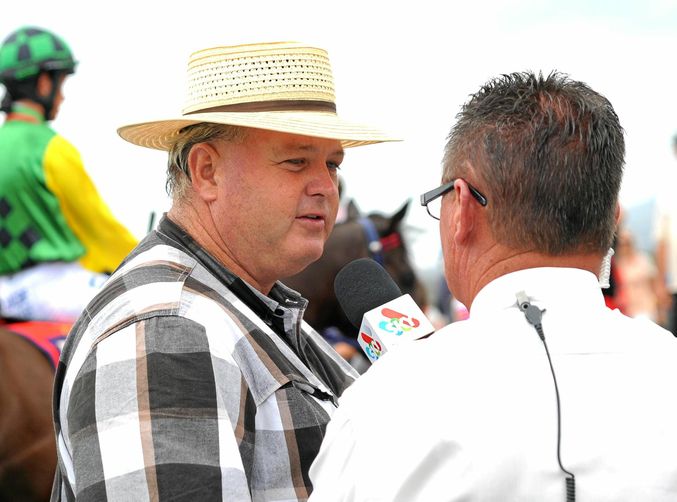 "Provided they don't get any more rain at Murwillumbah, I expect him to run very well again, although he's gone up sharply in weight (61kg) on the 54kg he carried in the Murwillumbah Cup," said Bellamy.

"He's had a few jump outs and some solid gallops to get him ready for the 1530m first-up.

"This race should blow out a few cobwebs and top him off nicely for the Ballina Cup on January 17."

Bon Costa raced very well throughout his last campaign, also winning the $50,000 Rousillon Handicap (1516m) on September 19 at his next start after the Murwillumbah Cup.

Although his first-up form reads just one win from six fresh runs, those statistics are misleading.

"Some of his previous first-up runs were either in races too short for him or on wet tracks - he just doesn't like rain-affected tracks at all," said Bellamy.

"First-up on a good track at Coffs Harbour last prep he ran a very good fourth in the Daniel Baker Prelude over 1215m."

Jasen Watkins, who has been doing a lot of work on the training track with Bon Costa, has been rewarded with his first race ride on the gelding on Sunday.

Leading Murwillumbah trainer Matt Dunn looks to hold a strong hand in the Prelude with Saxton Rock and Tivoli Street both lining up.

Saxton Rock has been racing well in Brisbane of late, winning a Class 4 over 1660m at Doomben three runs back on November 13 before a close second to Alpine Dancer at the same track over 1615m in a Class 6 on November 23.

At his latest outing he finished a close fifth behind Trevelyan in a 1600m Class 6 at Eagle Farm on December 14.

Tivoli Street won back-to-back races at the Gold Coast (October 19) and Grafton (November 18) before having no luck in an Open Hcp at Ballina on December 12 when he was trapped wide without cover throughout race.

Dunn, who trained four of the eight winners at the previous Murwillumbah meeting on December 13, could be in for another big day on Sunday.

He could have up to 12 runners at Sunday's eight-race meeting, including the strong winning hopes Allied Invasion and Vivendo Il Sogno (race one), Jeopardise Me (race three), Rest Of The World, Cinco Star and Divine Grey (race six), and Dreaming Of Biscay and Bells Approaching (race eight).

Visiting Irish jockey Oisin Orr has a chance to ride another Australian winner when he takes four rides at Sunday's meeting.

A two-time Irish champion apprentice, Orr is currently spending three months in Australia with the Chris Waller stable. He rode his first Australian winner for Waller aboard Kimpembe at Wyong on December 12.