Friday's Lismore Meeting Is "One Of The Year's Best"

Lismore Turf Club is preparing for a 'cracker' of a The Shed Company Christmas Cup meeting on Friday.

Club chairman Mark Oaten reckons the seven-race meeting could be one of its best of the year: “We’ve got really good fields,” Oaten said.

“Just been talking to Scotty (secretary manager Scott Jones) and he said we have 110 acceptors. The track is a Soft 5 at the moment and should be a perfect Good 4 on Friday. 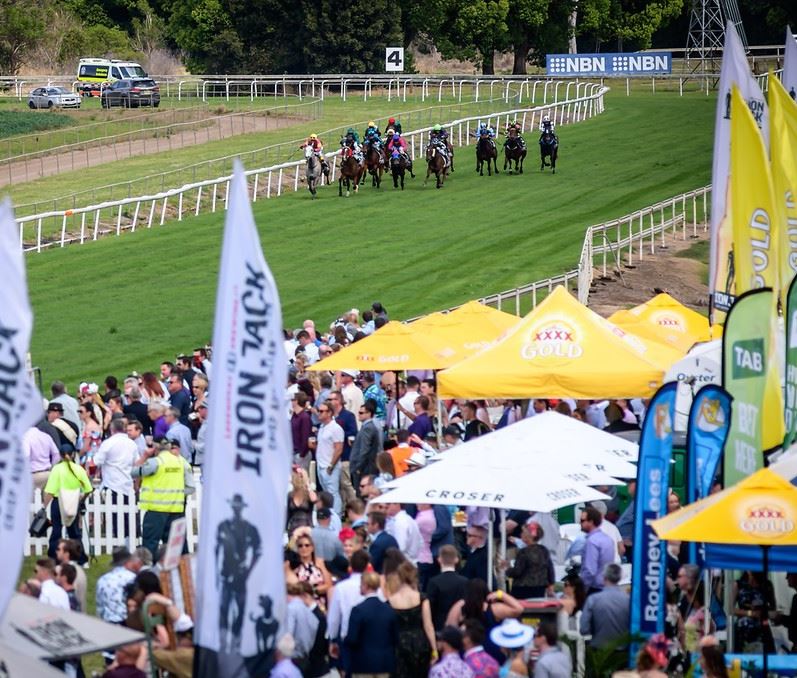 There'll be some excellent racing action at Lismore this Friday

“They are our best fields of the year outside of our Lismore Cup meeting. So it should be a good meeting with a good crowd.

"The bookings for the Christmas luncheon are up 20 percent on last year and we have a heap of Christmas parties out there as well with the band cranking up after the last.”

They have won a total of 87 races between them for almost $1.75 million in prizemoney.

Queen of Kingston, Christmas Cup topweight with 62.5kg, has won eight of her 26 starts for $211,335 and has a good record at her home track where the Daniel Bowen-trained daughter of Nicconi has won two of her five starts.

She has placed in her other three runs at home. Bowen also has Almas engaged in the Christmas Cup.

He returned to form with a good second at Ballina last start. The five-year-old son of Mulaazem has won six of his 30 starts and three of his seven starts at Lismore.

“Both will start (in the Christmas Cup),” Daniel Bowen confirmed. “He will race a bit more prominent than her.

"When she’s won at Lismore she’s led but from that barrier (12) and that weight Matt (McGuren) will put her to sleep and let her run home. He (Almas) shouldn’t be too far off them.

“Both are well. She was going to Brisbane a month ago but pulled a shoe and clipped herself."