Trainer Leans To De La Hoya Over Stablemate At Gunnedah

Mark Mason has two runners in Tuesday’s $22,000 Hope Fuel Open Handicap (1300m) at Gunnedah – De La Hoya and Eye On America – but the Tamworth trainer believes both will run good races in what he hopes will be good lead-ins to the January 1 Inverell Cup. 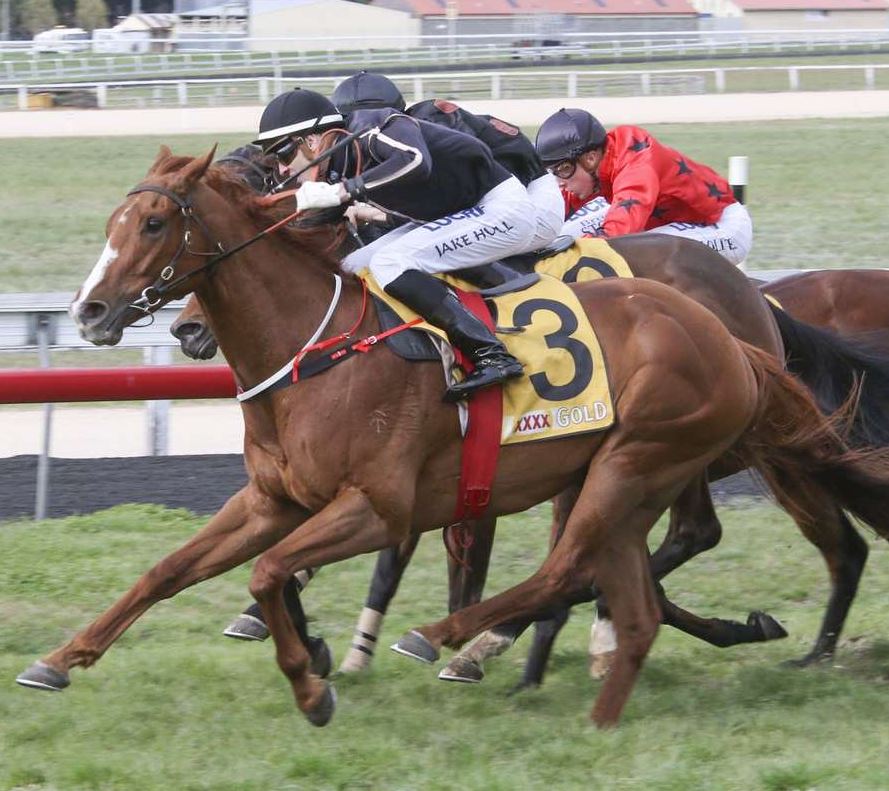 The son of Dubleo has won six of his 25 starts and had just the one start at Gunnedah, finishing just over a length from Rothbury at Riverside in a 1000m Class 2 back in December 2016.

Seven-year-old Eye On America has had just the 14 starts, winning four of them but the gelding son of All American is making his Gunnedah debut.

“Both have been handy horses for me,” Mark Mason said. “We’ll go over their tomorrow, and provided they pull up all right, will go to Inverell for the cup.

If asked to make a decision between the pair, Mason has a slight leaning towards De La Hoya.

“He finished just in front of him (Eye On America) in the trial,” Mason said while also hoping his other runner, Golden Legacy ($11), can make a successful return.

“He’s first-up from a spell too and up in grade a bit. He’s in a benchmark 66 but only a class two horse. I could have found something easier for him but there was nothing around.”

He is also hoping the real Golden Legacy “turns up”. “There are two of him,” he laughed.

Mark Mason isn’t the only trainer with a pair of runners in the 1300m Hope Fuel Open Handicap.

Mudgee trainer Gayna Williams, who has had so much success at Gunnedah over the last 12 months, has two runners – Iona Nicconi ($11) and Redirect ($8) – with Grant Buckley jumping Iona Nicconi from barrier eight and Ken Dunbar going from five aboard Redirect.

Gunnedah Jockey Club is coming off their Christmas Hams meeting, a huge day with a massive crowd and is preparing to make Tuesday’s added meeting (transferred from Armidale because of that club’s lack of water) another success.

While the horses have held up well, the jockeys are also in good form with Brooke Stower taking six rides Tuesday after riding four of the six winners at Moree on Saturday. That vaulted her to second on the HNWRA jockey’s premiership.

She has 21 winners so far this HNWRA season, 17 adrift of Aaron Bullock, who also has six rides Tuesday and rides the talented Over And Above for Cody Morgan.

“She’s going well too, the girls are on fire,” she added. “Belinda Hodder (who rode the other two winners at Moree on Saturday) also has six rides.”

Hodder doesn’t have a ride in the 1300m Open but Rachael Murray does and she partners last start winner Moree Dreaming ($8) for Moree trainer Peter Sinclair. He is not the only last start winner in the Open either.

Free Billy ($8), who won at Goondiwindi last start for his new trainer, Shane Edmonds, is also engaged. The nine-year-old gelding has won 16 times in 76 starts for $212,675 in prizemoney.

He won the Baradine Cup at Coonabarabran three starts back and will be motoring home late in typical fashion, however, he is yet to win in four starts at Gunnedah.

One of those was a close second to Halfway To Heaven in the 2016 cup when trained by Peter Sinclair.