Dubbo Raises The Bar In Fashion Stakes Next Saturday

Fashion comes to the fore at Dubbo races next Saturday when Dubbo City Turf Club stages its ‘Fashion Series Finale’.

“Throughout the 2019 racing season the most elegantly dressed men and women of Dubbo have impressed the judges time and time again, and now it is time for the finale of the Gift Closet Fashions Series,” explained DCTC’s GM, Vince Gordon. 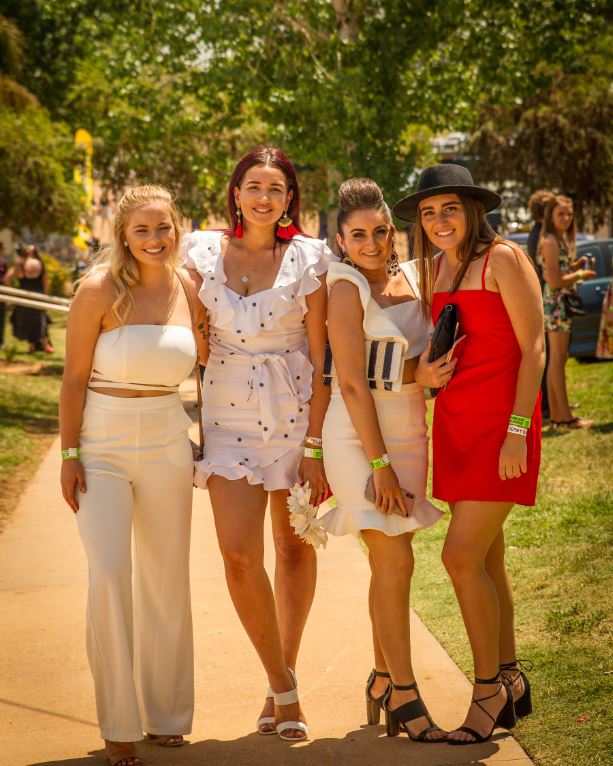 There'll be some wonderful fashion on display at Dubbo next Saturday. Image by Janian McMillan (Racing Photography)

“The Gift Closet Fashions Series themed the Shine Bright Like a Diamond Finale, will be held during next Saturday’s Christmas twilight races.

“The finale was to be held late last month, however, next Saturday’s summer date was seen to be a more favourable with the festive season just around the corner.”

The meeting is also known as the Chill-Rite Daikin Christmas Twilights.

“It will be an afternoon of racing, great food, drinks, and live entertainment, with racing action from 3pm and two hours of live music by one of Dubbo’s favourite bands, Legless Pedestrians.

“They kick off after the last race and as the night finishes, patrons can catch the free bus back to the CBD to continue to dance the night away.”

“The Christmas meeting provides the perfect opportunity for locals to hold their end of year work functions or just as a social get together, with lots of local young people returning home to catch up with friends and family,” said MJC’s CEO, Brian Cowden.

“The meeting is a joint Rotary and jockey club fundraiser with this year’s funds going to support the local Meals on Wheels organisation.

“In addition to some great racing, there will be Fashions on the Field and free entertainment for the kids including a visit from Santa.”

“We will be giving out gifts to the kids and generally celebrating the last race meeting of the year for us,” said MVRC’s executive officer, Helen Sinclair.

“Reserved seating and lunch packages will be available in the air-conditioned Winning Post Function Centre.”

The club lost half its program – including the Kempsey Cup – on 8 November due to local fires creating smoke with ash particles and poor air quality.

They again lost a meeting on 23 November due to similar issues: “We have an excellent seven-race program on Monday with the first kicking off at 1:50pm,” said KRC’s secretary/manager, John Graham.