The Girls Are Looking To Cause Upsets At Queanbeyan (Thursday)

Both are in-form on outsiders, Ellen coming off a recent winning treble at the Sapphire Coast where Costin holds the record of five wins in 2014, and then twice landing four winners at Moruya in 2016. 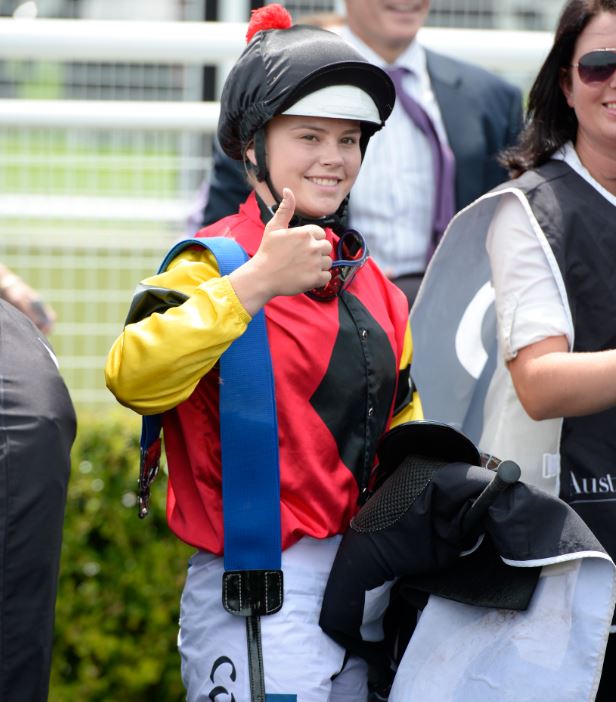 Winona Costin - is preparing for a big day at Queanbeyan on Thursday. Image by Steve Hart Photographics

Winona has a knack of landing long-priced winners at the regionals and that’s the prospect on her seven rides on mostly outsiders for the Bateup, Usher and Layt stables.

Ellen will be more in focus on the well-performed Joe Cleary’s Concrete, a TAB Highway and four-race winner in the fourth event after she rode a double for the local ace at Sapphire Coast two weeks ago.

She also rides moderately performed stablemate Parisians in a maiden.

Ellen, who rapidly reduced her claim to 3kg, is worth a watch on one of Mick Smith’s Queanbeyan runners where she is apprenticed.

She claims on Bonza Lady in the third event, the mare being by Bon Hoffa from Dignity Lady, makes her a sister to Group sprinter and Country Championships winner Noble Boy.

And according to Mick, Bonza Lady is showing more than her race form indicates.

And first starter Roycroft, to be ridden by Shaun Guymer, also could show up at odds after winning a recent Moruya barrier trial.

“Ellen’s been riding brilliantly for other stables, she hasn’t won on one of mine just yet, so it’d been nice if this was the day,” Smith offered.

“Bonza Lady has ability, she’s been showing that in her work but just not producing on the racetrack.

“But she’s getting race fit, showed ability last prep so hopefully this could be the day she brings it to the races, and she’ll be odds.

“Roycroft is a lovely big unit, he’s a slow learner, the penny hasn’t dropped but he’s trialled and worked well enough to suggest he could run us a race in a suitable maiden.”

Roycroft, by Olympic Glory from Crafty Lady, is, of course, named after the late revered four-time Olympian Bill Roycroft.

In one of the greatest performances in Olympic annals, Bill inspired the Australian team to a gold medal at the 1960 Rome Olympics.

After suffering a fractured shoulder and concussion in an early round fall, veteran Bill signed himself out of the hospital and returned to the arena knowing his team had no hope with another rider and a horse short.

Incredibly, riding with one arm and his dislocated shoulder strapped to his chest, Bill jumped a perfect round over the steeples for Australian gold.

“Amazing story, our version of Roycroft certainly won’t be as tough or seasoned as old Bill, but we’re hoping he might live up to the name to some degree,” Mick added.