Racing NSW Rising Star Series front-runner Qin Yong is taking a brief break from the series to be part of an exciting new venture in the West Indies this week.

Royal Saint Lucia Turf Club will unveil its new racetrack on Friday (National Day) amid much fanfare and Qin Yong, courtesy of China Horse Club, has been invited to ride there. 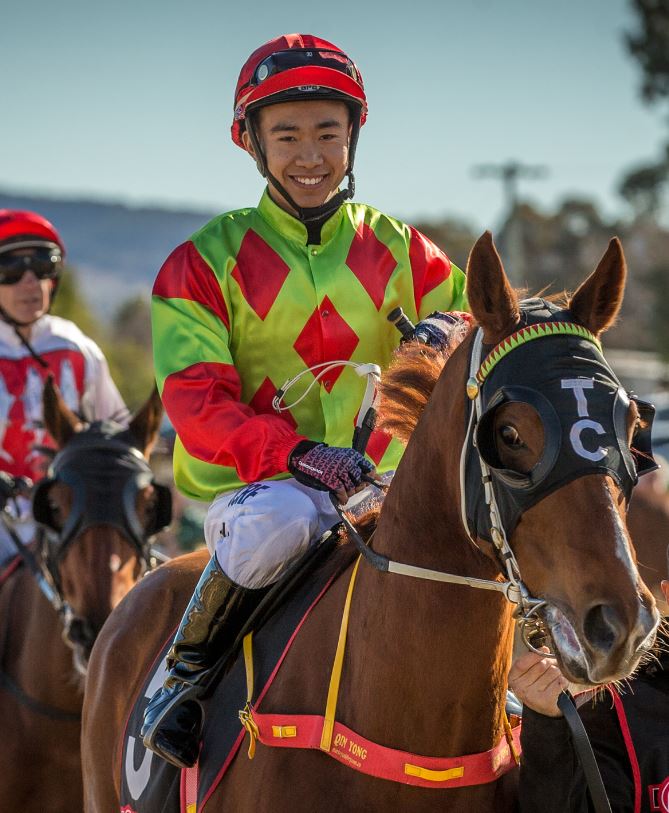 Hawkesbury-based apprentice apprentice Qin Yong will be riding in the Caribbean this week. Image by Janian McMillan (Racing Photography)

Apprenticed to Hawkesbury’s leading trainer Brad Widdup, Qin surged to the front in the 2019/20 Rising Star Series by winning the eighth heat at Wellington on Monday aboard $19 outsider Song One for Gilgandra trainer Bryan Dixon.

Song One upset odds-on favourite Lulu’s Destiny ($1.75) in the Over the Line Benchmark 58 Handicap (1400m). Qin Yong’s seven points for the victory lifted him to a clear lead over Samantha Clenton (16 points) with Mikayla Weir and Yvette Lewis on 15 points each.

The West Indies holds special memories for Qin Yong, who was the first jockey from mainland China to win a race outside Asia when he was successful there in 2016 on Barbados Gold Cup day.

“It’s a great opportunity for Qin to go back to the West Indies and ride at this special meeting,” Widdup said yesterday. “But he won’t miss any of the forthcoming Rising Star races.”

The current series began in early October and will conclude with the final heat at Hawkesbury on Thursday 30 July.

The Rising Star Series was introduced by Racing NSW in 2000 and is restricted to NSW and ACT apprentices who are enrolled at Racing NSW Apprentice Schools.

Qin Yong’s Wellington success was his 11th so far this season and 39th overall in Australia since joining the Widdup stable in 2017/18. His first Australian winner was Azzie’s Ready at Wellington in April last year.

For more information on the Rising Star Series including latest news, point score, rules and the honour roll, click on the following link: