Hawkesbury trainer Terry Croft got a real 'bargain' at last year’s Scone yearling sale – but didn’t know it at the time!

Croft paid $3500 on a behalf of a client for a filly he believed to be sired by Magic Millions winner Unencumbered.

Through an incredible mix-up, his purchase was in fact sired by dual Group 1 winner Epaulette (2012 Golden Rose and 2013 Doomben Ten Thousand), who currently stands at Darley’s Kelvinside in the Hunter Valley for a stud fee of $27,500. 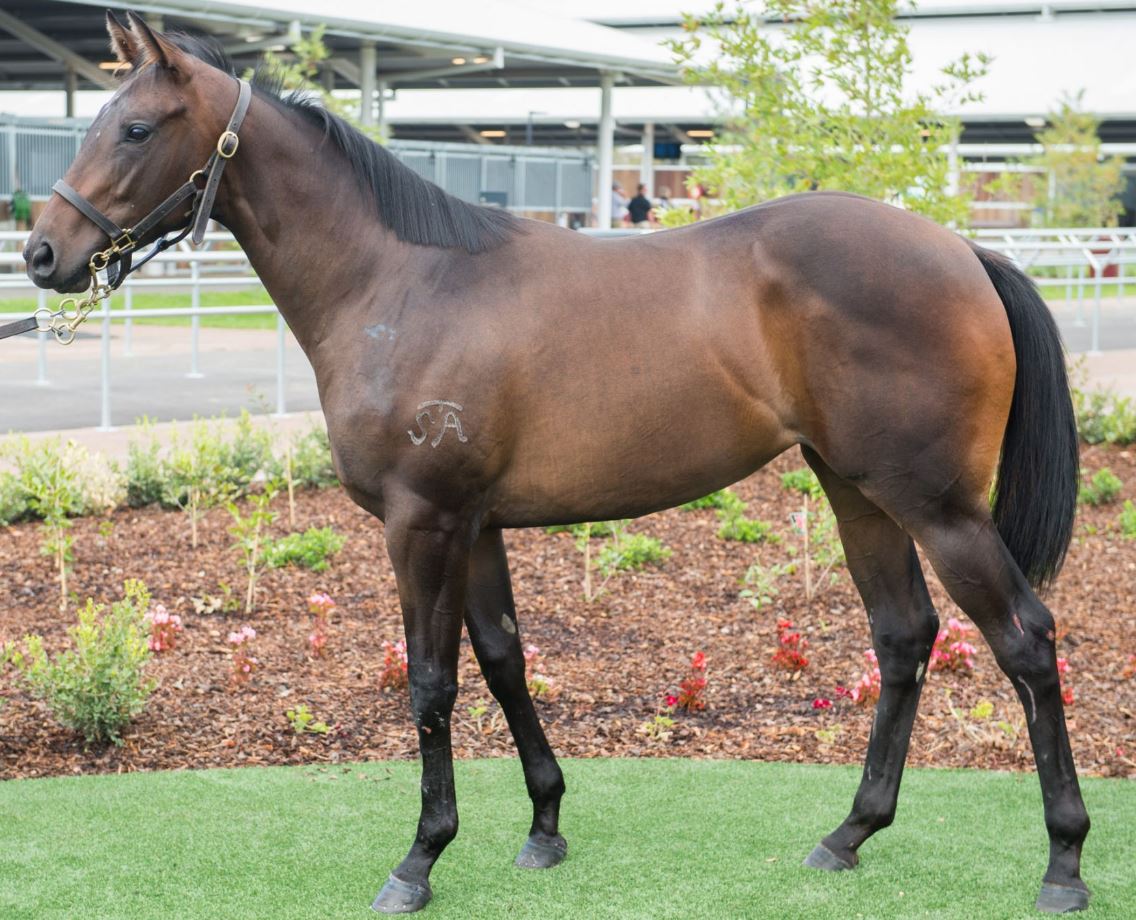 Tadema pictured here as a yearling

Racing as Tadema, the filly won at Tuncurry on Monday at only her third start; the $11,200 first prize more than recouping the meagre outlay.

Croft this morning explained the circumstances regarding his purchase of Lot 295 at last year’s Inglis yearling sale at Scone.

“The owner was looking for a cheap horse, and I bought this filly who was listed in the supplementary catalogue as being by Unencumbered from Malabar Rose,” he said.

“As it subsequently turned out, our filly is by Epaulette from the Domesday mare Idle Dreams.

“It wasn’t the fault of Inglis who conducted the sale. We got the Epaulette filly; she was incorrectly listed as being by Unencumbered.

“We got her broken in and she was ready to go when I got a phone call from Queensland stewards alerting me to the mistake.

“As we paid only $3500, we were happy to keep the filly and the owner named her after his grandmother.”

Remarkably, the Unencumbered filly (but listed in the catalogue as being sired by Epaulette; both were bays and offered by Cowra-based Neila Thoroughbreds) was sold three months earlier in Sydney and fetched $50,000 at the Inglis Classic yearling sale.

As Lot 743, she was purchased by Victorian bloodstock agent Cameron Cooke on behalf of Queensland clients.

“I purchased for her Toowoomba trainer Ben Currie (currently disqualified) and apparently she was going alright in her early education,” Cooke explained.

“But when the Queensland stewards were doing their identification checks, they uncovered the mistake.

“When we were contacted, we advised Inglis that the owners didn’t want to keep the filly and the purchase price was refunded.”

According to the studbook, the Unencumbered – Malabar Rose filly hasn’t been named and naturally is yet to race.

Croft, meanwhile, is obviously pleased with his bargain purchase, and believes she will show further improvement as her distances increase.

HOOFNOTE: Croft had earlier outlaid $18,000 to buy a Foxwedge colt at that Scone sale. Racing as Our Fox and now gelded, he ran second at Muswellbrook on November 29 at only his second start and will line up at Hawkesbury on Sunday in a Provincial & Country Maiden Handicap (1100m).