Scone trainer Jeremy Gask is planning a seven-day back up for his ‘enigma’ Weather Channel in Friday’s $75,000 Robert Oatley Vineyards Mudgee Cup (1600m).

Gask ran Weather Channel at Muswellbrook two days ago and after finishing strongly to score, Gask intends to send the six-year-old around in Mudgee’s feature race on a Racing NSW Country Showcase program.

“He can be a bit of an enigma but in saying that, he’s a lovely, sound horse that enjoys his racing,” Gask explained. 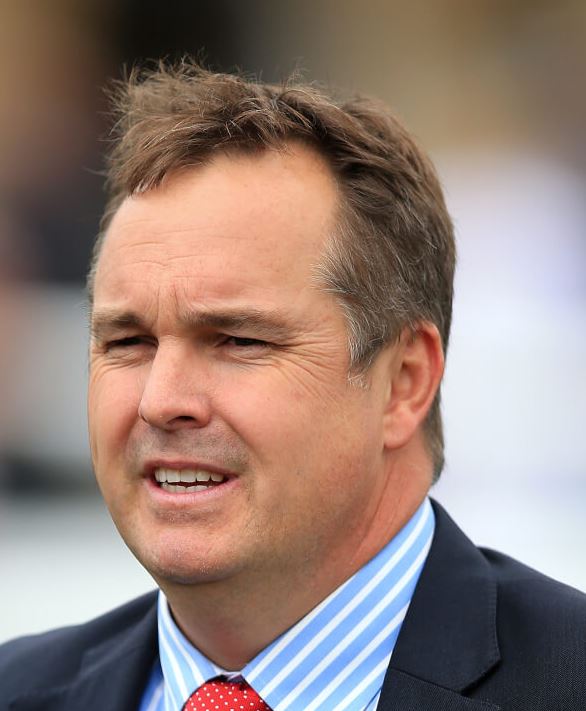 Scone trainer Jeremy Gask - will have runners at Mudgee Cup Day on Friday. Image by at the races

“He is consistent but during a race, the rider needs to let the horse decide what to do; you can’t force the issue.

“He gets back and needs to be buried in a field and has also been troubled by drawing bad barriers.

“He does find it hard to win but thrives on racing – he loves it. I’d like to have a few more like him.”

Weather Channel has raced 15 times for the Gask stable for a win and six placings earning nearly $70,000 in prizemoney.

Prior to Muswellbrook, the horse had steamed home for second in a TAB Highway race at Newcastle on The Hunter Raceday.

Gask is also taking Spirit of Elijah to Mudgee where he is entered for the $50,000 Craigmoor Country Magic Benchmark 58 (1200m).

“He’s a good fresh horse and won first-up at Gosford in May last year,” Gask said.

“He went to South Australia and had a couple of starts over there but it didn’t work out, so he has returned to us. We’ve changed his routine, and this is a starting point for him.”

“It’s not set in stone, but at this stage he’ll be going up to Mudgee. He’s a happy horse and looks great. The 1400m may still be a bit short for him but if he goes, he’ll run very well.

“He has been around the traps [Randwick, Caulfield, Randwick and now Scone] but has ability and will obviously appreciate stepping up in distance from the 1400m at Mudgee as he is a winner over 2200m.”

Sea Spirit has had one run back from a nine-month break and performed well, finishing sixth at Rosehill (1400m) on 20 November: “He loomed up halfway down the straight but just tired late and will improve sharply on that effort.”

Mudgee Race Club has a spectacular day planned with the club’s CEO, Colleen Walker, declaring: “There is a buzz about the place and everyone you talk to is coming to cup day – it’s many people’s favourite day of the year!

“We already have a record number of reservations with entertainment and a Fashions on the Field offering some huge prizes. We’ll also have a $500 voucher from our leading menswear Blowes for the best-presented strapper and horse in the cup.

“It all starts on Thursday evening with a Calcutta at the ‘Ori’ [Oriental Hotel] and proceeds go to buy 200 bales of hay supporting our local farmers.

“Then on Friday morning Big Sports Breakfast will be hosting the show live at the Ori. There’s rain predicted during the week that will make for an excellent racing surface."