Goulburn-based horseman Scotty Collings heads to the Sapphire Coast meeting on Monday looking to continue the stable bounce his charges have found in recent weeks.

Throughout November, Collings has inched closer to a welcome win with his small team (his last winner was back in August).

Up until this week, he had stood in the runner-up stall three times this month, once at Goulburn and then twice in one day at Canberra. 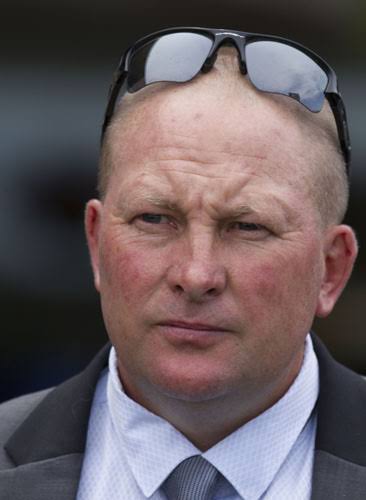 It was finally easy breathing all round on Monday when the stable's talented Zoustar gelding Bombdiggity saluted in strong style at Wagga to get the Collings camp back in the colour blue.

Collings says it was a welcome result for the horse and the stable in general.

"It was fantastic, considering out of our last five runners we have had three seconds and now a win," Collings said.

"Bombdiggity had a tumultuous preparation last time in, injuring himself in a barrier trial, so to see the horse perform to the standard we know he can was exciting."

The quiet tablelands trainer is looking forward to finishing a year of change with some more positive results.

"We have a strong group of horses in work at the moment, who are at the beginning of their preparations. With a few nice two-year-olds also hopefully trialling before the end of the year," Collings said.

Collings takes Ameares and a handy dash of some stable mojo to the Sapphire Coast on Monday in a 1208m maiden. He said the grey mare is in career-best form having finished runner-up at her past two outings, the latest only a feather margin at Canberra.

"She is a tough gutsy mare and she has only narrowly been beaten in strong fields in her last two starts," Collings offered.

Collings says the horse has thrived since her latest run: "We have done nothing different. Her fitness is spot on and she is performing great so it is just a matter of keeping her happy and well in condition."

Blaike McDougall takes the ride on Ameares having notched four winners in the past week and a winning double the last time he ventured to the Sapphire Coast.

Collings also has the horse float in action away to Wagga and back on Saturday, resuming the former Brad Widdup-trained Indicators On.

Collings has only had the horse for one run with a plain winter result meaning he went straight to the paddock.

"There were excuses having received injuries in the barriers before jumping that day. We opted to spell him and bring him back in fresh with a new mindset.

"We felt he needed to mature, which he has done now, and he resumes as a bigger stronger four-year-old," Collings indicated.

Goulburn will host its Christmas race meeting on Friday 20th December with the Fred Cooper Cup over a mile the feature. Nominations for the meeting close at 11am on Monday 16th December.