Promising Grafton filly Hiroko was completely ignored by buyers when she went through a Magic Millions sales ring on the Gold Coast as a yearling, but trainer Terry Commerford was far more astute and snapped her up for $10,000 shortly after.

Commerford's smart decision has already paid off with the three-year-old daughter of The Factor winning one of her three starts as a two-year-old last season and finishing unlucky close seconds in her two other outings. Those three appearances returned prizemoney of just over $34,000. 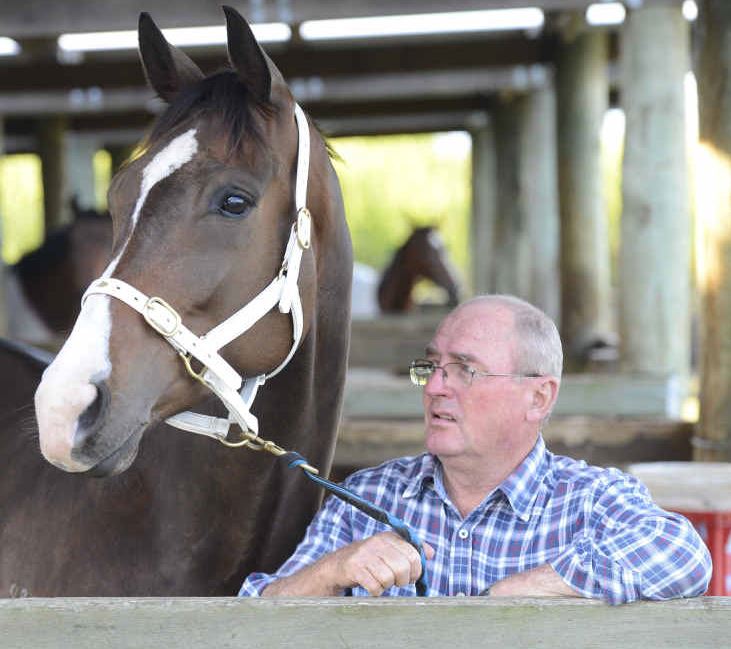 In fact, if not for bad barriers the filly may well be unbeaten. Hiroko can improve on that record when she resumes in Friday's Class 2 Handicap (1005m) at Ballina.

Hiroko made a winning debut at Coffs Harbour in May before finishing a close second to Dixie off a wide gate in a F&M Benchmark 58 Hcp at the same track in June.

She then ran second again off another awkward gate behind the promising Brett Cavanough-trained gelding Eiger in the $45,000 NBN Springboard To Fame 2YO Plate (1200m) during the Grafton July carnival.

"She hasn't seen the inside fence yet in any of her races - or trials for that matter," said Commerford.

"Her two seconds were enormous runs after racing wide throughout."

Prior to landing Hiroko, Commerford had been keen to buy a son or daughter of the American shuttle stallion The Factor.

"Progeny by the successful established sires go for too much money for me, so I was looking at one of the newer stallions," said Commerford.

"The Factor had run the fastest 1200m ever recorded in America and one of his sons Bound For Nowhere ran very well in one of those big sprints in the UK (third to Merchant Navy in the 2018 Group 1 Diamond Jubilee at Royal Ascot).

"I was hoping to get one by The Factor but they had been going for a bit much, but I was talking to a mate who had bred this filly (Hiroko) and he was taking her to a Magic Millions sale - not the major sale in January but one later in the year.

"Anyway, she didn't attract one bid on the Gold Coast, so I put a syndicate together and we were able to buy her for $10,000. And she showed ability right from the start."

Hiroko geared up for her return to racing at Ballina on Friday with a comfortable Grafton barrier trial win over 1005m on November 6.

"She didn't run fast time, but she wasn't put under any pressure," said Commerford. "She's as fit as I can have her for her first-up run, I think she's well in with 56kg and this time she's finally drawn a decent gate (barrier five). I expect her to be very hard to beat in Friday's race."

Commerford knows he has a promising filly on his hands but is taking things quietly for now. Her next assignment will be a $30,000 Class 2 Plate (1000m) at the Coffs Harbour Showcase meeting on December 5.

"That race is for country-trained horses. She's been to Coffs Harbour for a trial and for two races and that experience around that track is a big plus in her favour," he said.

Matt Paget rode Hiroko in her three starts last season, but Commerford has rewarded Jodi Worley with the work she has put in at trackwork recently and has given her the ride on Friday.

"Jodi's first winner was on one of my horses and she's a very consistent rider - from her past 50 rides I think she's either won or been in the placings 50 percent of the time and she's not riding the best 'cattle'. I have every confidence in her," said the trainer.

Commerford rates the Toby and Trent Edmonds-trained Invincore and the Matt Dunn-trained Chazelles as the main threats to his filly on Friday.

Unlike Hiroko, Invincore attracted a lot of interest when he went through the sales ring, selling for $260,000 at the 2017 January Magic Millions yearling sale.

Queensland-based rider Andrew Mallyon can continue his terrific week when he lines up for three rides on the eight-race Ballina meeting.

Mallyon had the thrill of riding a winner at Flemington during Cup week, saluting aboard his only ride for the carnival on Halvorsen. He then returned to Queensland and was again successful on his only ride of the day at Doomben on Wednesday aboard the Kris Lees-trained Tawfiq Boy.

Mr Piquet has been costly for punters of late, finishing second as a $1.60 favourite at Tamworth on September 30 and going down again as the $1.50 favourite at Kilcoy on November 1.

However, he does clearly look the one to beat in Friday's assignment over 1605m.