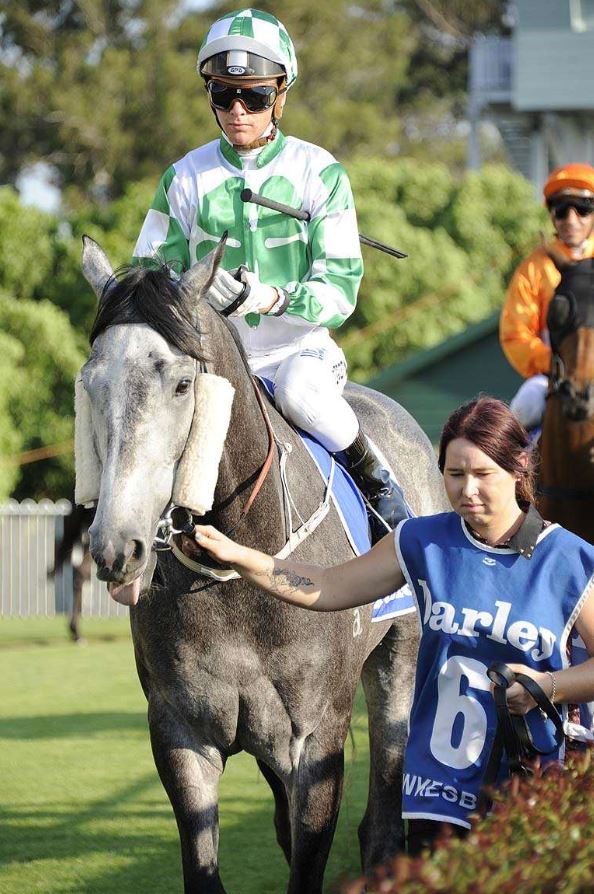 Under the watchful eye of trainer Peter Nestor and jockey Kody Nestor, Dane De Lago powered down the outside to claim the $100K race after being near last on turning for home.

Throughout the Central West area, Dane De Lago was known for his poor starts out of the gates and at times could be three lengths behind the rest of the field.

On turning for the home straight, his strong turn of speed would have him thundering past the post in first place on four occasions.

In the years that followed, Dane De Lago continued to race and have some further successes for his owners.

When the time came for the big gentle giant to embark on another career, he moved into the three-day eventing arena.

The grey has now found a very happy home and has already landed some successes whilst still learning his new craft.

What a great rehoming story for another racehorse!

*Pictures below are of Dane De Lago these days. 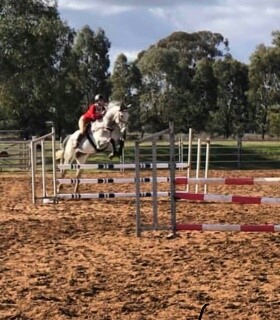 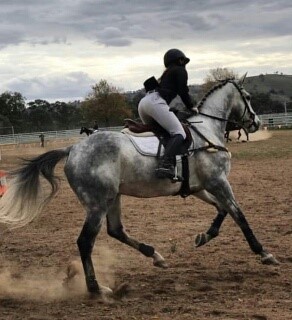