School Will Keep Kids From Watching Family's Horse At Grafton

Toowoomba mare Jadentom is close to the heart of trainer Lindsay Hatch and his family and looks primed to maintain her excellent winning strike rate for them in Wednesday's Southside Pharmacy Jacaranda Cup (1100m) at Grafton.

The lightly-raced six-year-old has won seven of her 18 starts and is a winner at five different tracks in Queensland - Toowoomba, Gold Coast, Sunshine Coast (3 wins), Doomben and Townsville. 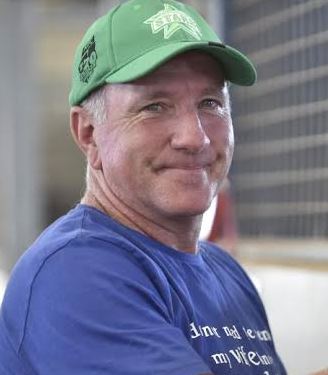 Wednesday's Jacaranda Cup will be just her second run outside of Queensland, the mare finishing unplaced - but beaten just on 3.5 lengths - at Group Three level behind Alassio in the Triscay Stakes at Randwick back in February.

She is raced by the trainer's wife Tracey and is named after their two children, daughter Jade and son Thomas.

"She is a real family horse and the kids love to see her race, but they will be in school on Wednesday and won't be coming to Grafton," said Hatch.

"She's been a terrific mare who's been fairly lightly raced. She's had a few issues along the way, but with my wife being the owner I haven't been under any 'owner pressure' and we've been able to look after her."

Wednesday's race wasn't initially on Hatch's radar for Jadentom, but he decided to head across the border for this run after her first-up fourth to Removal in a 1MW Hcp over 1000m at Eagle Farm on October 19.

Jadentom looked home inside the 200m at that race, but her condition gave out over the late stages and she was beaten just under two lengths.

"I really thought she was home at Eagle Farm, but she knocked up late and she really had a big blow after the race," said Hatch.

"I'm looking at another race coming up in town (Brisbane) for her and thought this race at Grafton on Wednesday would be an ideal race for her leading towards that.

"She looks well placed in a race like this and should be very hard to beat.

"That horse of Toby Edmonds' (Dream Master) looks hard to beat if he runs, but Jadentom did beat him comfortably the only other time they met."

Dream Master is coming off an easy 4.5 length win over Raiden over 1110m at Doomben on September 18 and has since won a Gold Coast barrier trial on October 28.

Dream Master drew the outside gate of 14 in Wednesday's race while Jadentom jumps from the inside barrier.

"I haven't had a good look at the Grafton field yet, but we definitely won't be leading with Jadentom. She is much better taking a sit off the pace," he said.

In-form Tamworth galloper General Scarlett is compiling a strong record for trainer Luke Morgan and looms as a lightweight hope in this harder race after apprentice Yvette Lewis takes her 2kg claim.

General Scarlett has won four of his seven starts, finishing second twice while his only unplaced effort was a three-length fifth to Marokawa on a soft7 in a TAB Class 3 Highway at Randwick on September 21.

Fellow Tamworth sprinter, the Michelle Fleming-trained The Lion, returns to Grafton after not having the best of luck when fifth to Golden Comet in last week's Jacaranda Cup Prelude.

The Grafton-trained Dominant Crown resumes in the Jacaranda Cup but has a good record on his home track and can pull out a big run first-up.