The Lion Prepares To Roar At Grafton (Tuesday)

Trainer Michelle Fleming could do no wrong last week and is hoping her golden run can continue when The Lion heads to Grafton for Tuesday’s Jacaranda Cup Prelude (1100m).

Based at Kootingal, just outside of Tamworth, Fleming currently has just seven horses in work, but from five starters last week she saddled up four winners and a second. 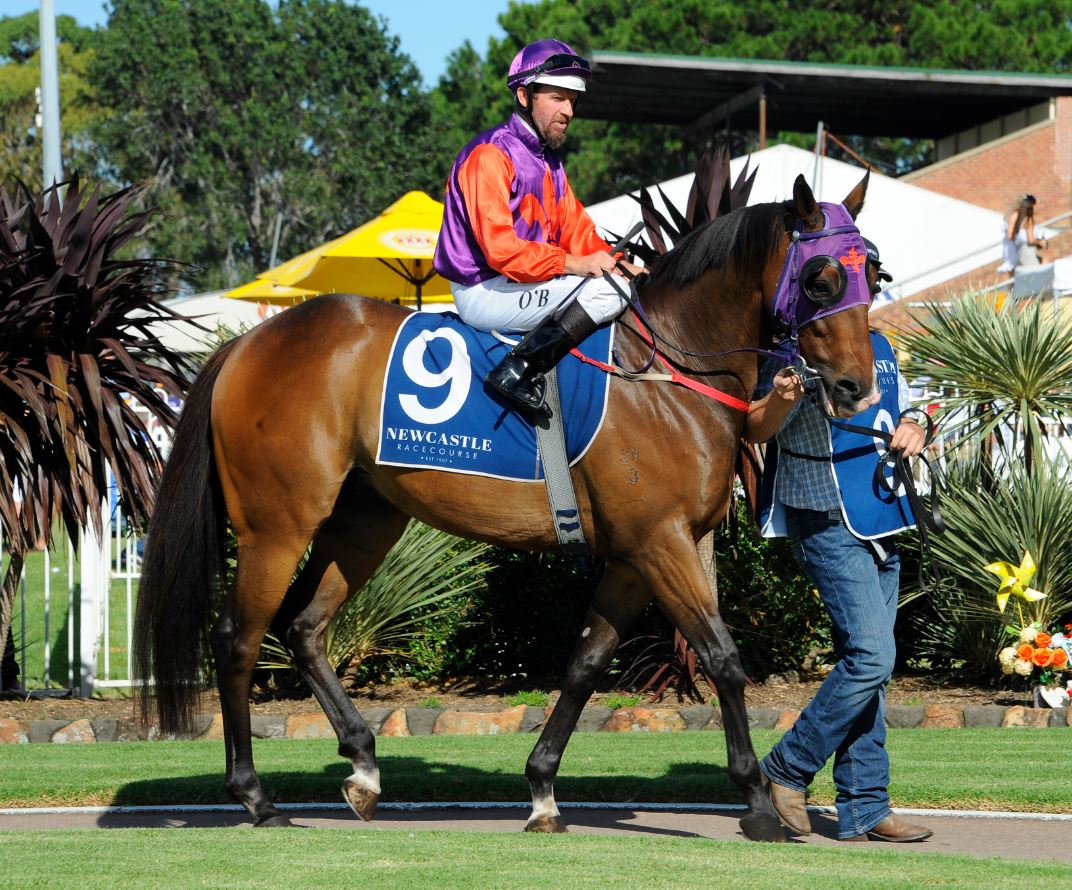 The Lion with Chris O'Brien aboard. Image by Bradley Photographers

It was as near to perfect a result as she could get as she ran two horses in the same race at Gunnedah on Saturday and they provided the quinella.

Fleming won with Smooth Factor at Inverell on October 19, produced $31 winner St Luke at Muswellbrook on October 22, backed up Smooth Factor to win at Scone on October 25, then took two horses to Gunnedah for the same race on Saturday - Babbinboon Boy and Dan Roy.

Babbinboon Boy, an $11 chance, got up to beat the more fancied Dan Roy, who was sent out the $2.80 favourite.

“It’s been a great run over the past week, and very welcome as I had been going through a bit of a drought,” said Fleming.

“All the horses are spot-on at the moment and it was just a matter of being able to place them in the right races.

“Hopefully, this great run can continue at Grafton on Tuesday.”

The Lion, winner of two TAB Highways at Rosehill and Randwick in 2018, hasn’t won since a slashing win in track record time at Newcastle back in February, but Fleming thinks the six-year-old is close to returning to his best.

The Lion has finished unplaced in his past five starts, including his first-up ninth behind Inquiry in an Open Handicap (1000m) at Tamworth, but Fleming said he will strip much fitter on Tuesday.

Since his first-up failure, The Lion has trialled well at Muswellbrook over 1000m on October 22, just being edged out by Vintage Flyer in 56.98s.

“He’s had a few minor issues this year and had a bit of an ‘up and down’ prep last time in,” she said.

“And he’s a gross doer who puts on plenty of weight. He certainly needed the run first-up at Tamworth and I was really happy with his trial at Muswellbrook – it was perfect, just what he needed to prepare him for this race on Tuesday.

“I do think he’s getting back to his best. He’s got good second-up form and the 1100m at the Grafton track will suit him, so fingers crossed he returns to his best form on Tuesday.

“If he does run well, he’ll probably be back the following week for the Jacaranda Cup.”

The Lion, to be ridden by Chris O’Brien, drew awkwardly in gate 10 while Les Tilley partners stablemate Sir Donald who fared better in barrier four.

“Chris will just have him where he is comfortable. He is a horse who can put in amazing sectionals when he’s spot-on,” said Fleming.

The well-travelled Sir Donald, originally with Toowoomba trainer Michael Nolan before a five-start stint in Victoria with Greg Eurell in 2018, hasn’t fired yet in his seven starts for Fleming this year.

He did show a lot of promise as a younger horse, winning five of his first eight starts in Queensland, but has not won for more than two years.

He did show glimpses of form at Gunnedah five runs back in May when third to Patriot in the $32,000 Lightning Hcp (1000m) and then ran a sound race in a Benchmark 88 at Rosehill in June, when beaten just over three lengths into sixth place behind Passage Of Time.

But he has struggled since and finished last of 10 when he resumed in the same race as The Lion at Tamworth on September 30.

“He had a few barrier issues when he arrived here, which we sorted out, but he just hasn’t fired up here so far,” said the trainer. “I think he’s looking for a bit further than the 1100m now.

“He had terrific form when he started out in Queensland earlier in his career and last year he was good enough to run second to Milwaukee at Flemington, so he certainly has the ability when he’s right.”

The Margaret De Gonneville-trained Golden Comet tackles the race first-up but has a great fresh record, while the Steve Phelps-trained General Nelson rarely runs a bad race and has been unplaced only once in his five previous starts over the Grafton 1100m.

Leading Murwillumbah trainer Matt Dunn could be in for a good day at Grafton, particularly in the early races where he will saddle up the likely favourites.

William has won at his only two previous runs at Grafton and last time out at Murwillumbah was just nailed by in-form galloper Partnership, then stepped up to win at Eagle Farm on Saturday.