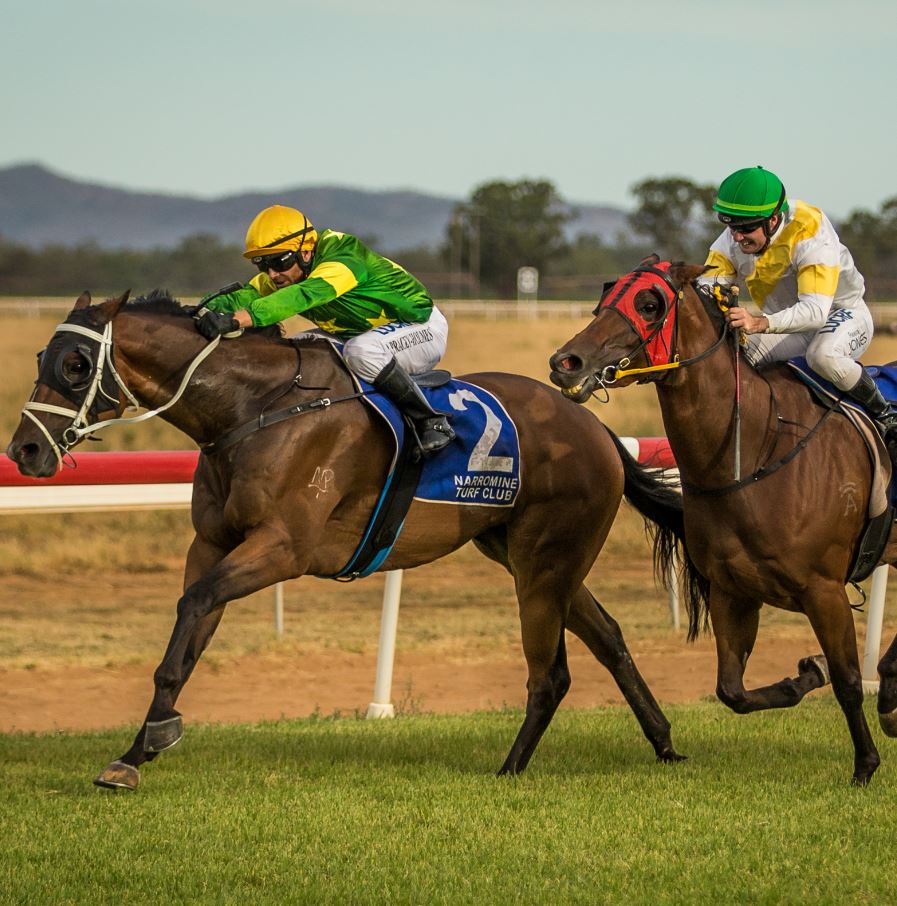 For George, a long-time prolific industry supporter, his Dunedoo stud is in proximity, 115km from Coonabarabran.

Leningrad, a five-year-old Snitzel-Loveday gelding with the convincing form lines of Warwick Farm and successive Kensington midweek placings, has a 61kg impost with Rory Hutchings on a booming annual Cup day, supported by the $40,000 Baradine Cup and $50,000 Country Magic Plate.

The latter sees the bet of the day in the Sue Grills-trained Burning Crown ($1.70), who was scratched at the barrier when favourite for a strong Royal Randwick TAB Highway only last Saturday.

One of the most promising sprinters in country racing has obviously taken no harm from last week’s incident.

"Leningrad has city form and the stable, but he’s won just the one race - that 61kg is giving plenty weight and experience to some tough country handicappers with stacks of wins between them,” Thompson assessed.

“If the plan is to lead with him, it’s going to be really interesting because that what Cowboys Karma [$10] does - he is never led in anything around here when they want the front.

"Cowboy Karma's drawn wide [gate 11] so they’ll press forward. That could mean high pressure for him [Leningrad with a big weight', but he’s obviously promising.”

And Attalea at the big odds?

“We’ve never had him out to a ‘mile; he’s up in grade but he was strong enough winning at 1400m and he’s a fit, tough trier.

“Our hope is a handy draw [barrier 7] and getting a nice drag into the race.”

Attalea and the Stirling Osland-trained New Endeavour ($11), also a last start winner and noted strong finisher, carry just 54kg and have won 18 races between them.

The Peter Sinclair-trained, highly-consistent Free Billy (54.5kg; $10 into $6.50) finished a creditable second in a tougher Coonamble Cup behind the Waterhouse and Bott-trained Falcon Island.

Coonabarabran officials are anticipating a super 3000 plus crowd with a track rating of a good 3 track in fine weather.