'Best Trackworker In Stable' Ready To Launch At Taree

No racing for five weeks but a new emphasis in work effort could find local gelding Editors ($5.50 on TAB fixed odds) hard to beat in the $32,000 Bakewell Haulage Krambach Cup (1600m) at Manning Valley Race Club’s eight-race TAB meeting at Taree on Friday.

“He has been the best worker I’ve got,” the five-year-old’s Taree trainer Ross Stitt said. 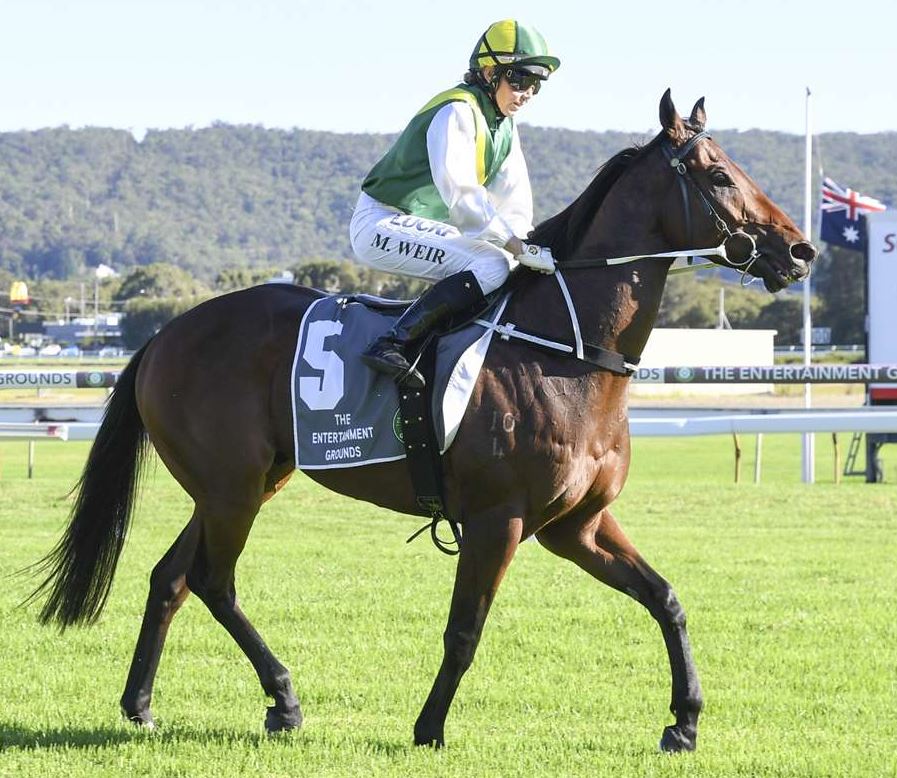 Editors and Mikayla Weir after winning at Gosford. Image by Bradley Photographers

And that trackwork has been better than winning and placegetter Highway gallopers But I Know and Fair Dinkum which missed a place in Saturday’s $100,000 Highway due to nearly 50 nominations from country trainers.

“Editors has been matching it with the younger horses and has been kept up to the mark for this race,” Stitt said.

Editors has had six wins and three of them have been on the Bushland Drive Racecourse, one at the distance.

Prior to the gelding’s slight let-up due to nine-weeks of track upgrade he had finished second in the Gunnedah Cup (1600m), fifth in the Sawtell Cup (1515m), fourth in the Hopkins Livermore Cup at Taree (1400m) and second over 1610m at Grafton.

Mind you, the opposing field is full of 1600m specialists but two yet to win at the distance and should be highly competitive are five-year-old Taree gelding Casino Mondial ($3.40 favourite) and Port Macquarie’s six-year-old gelding O’Driscoll ($11).

Trainer Michael Byers believes the 1600m has always been his galloper’s potential best distance although going from 1500m when an unlucky third at Port Macquarie on October 11.

On that occasion, again race jockey Grant Buckley was sitting one out and one back just as other gallopers surged past him and he was left in third spot on the line.

“With barrier two this time, I am hoping he will get the run of the race,” Byers said.

Three starts back when Casino Mondial was resuming over 1250m at Taree, it flew the last bit to score by 1.5 lengths.

Port trainer Tas Morton is not concerned that O’Driscoll has had hard runs in the Port Macquarie Cup Prelude (3rd over 1812m) and in the $200,000 Cup (five lengths, ninth).

“He has done extremely well since and has licked the feed tin empty,” He said. “Those races were a nice warm-up for this race.

“He is tough as teak ... rock solid and should be close to the pace throughout,” Morton added.

Looking at the visitors, the best form could be with Wyong gelding Mo The Great ($4.40), Kembla Grange galloper Arrows Destiny ($7.50) and last start 1600m winner in the Gunnedah Manilla Cup, Dubali ($7.50), trained at Scone by Cameron Crockett.

Stitt has two gallopers resuming from spells and both are hopes. They are track specialist I’ll Take Money ($14) in the Harrington Hotel Benchmark 58 Handicap over 1000m and Pinnacle Power ($12) in the MCC USU Picnic Day Maiden Plate over 1000m.