Goulburn Cup day will showcase some serious country racing in a few weeks’ time and a man who was a real 'nuts and bolts' horseman will ghost ride his own race as part of the cup program.

Goulburn Race Club has announced that its heat of the Country Magic series to be held on Cup Day will be named after one of its favourite sons, the late Graeme Spackman. 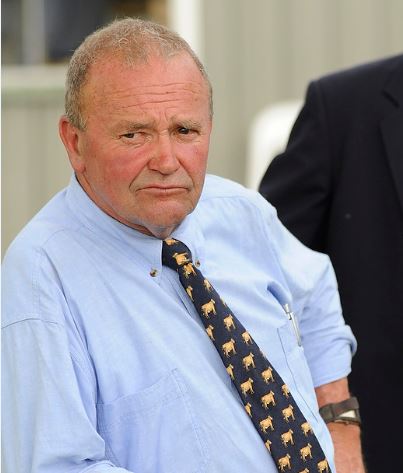 "Spacky" as he was widely known to many in the industry, has been honoured with a memorial race in recent years and this year the club will link that recognition and association with the exciting Racing NSW initiative, the Country Magic series.

Goulburn Race Club's CEO, Robyn Fife, believes the decision to link Spackman's legacy with the Country Magic race is one that's hard to argue with.

“Graeme Spackman [pictured left] spent many years building a reputation in the racing industry as a successful trainer and a hard-working industry participant,” Ms Fife said.

"As a former trainer, renowned horseman and well-respected Southern Tablelands racing identity, his commitment to and love of country racing could not be questioned."

Goulburn's Country Magic heat is a Benchmark 66 race over a mile [1600m] carrying with it showcase prizemoney of $50,000.

Ms Fife said Spackman's legacy lives on through a race such as this and what he offered to those he came in contact with.

“Ironically, the last race Spacky won as a trainer was also over a mile! He was a man that many racing people could relate to and a mentor as well.

"Someone like Tash Burleigh, who is making her own impact in the industry nowadays, was the beneficiary of Spacky's support and education.

“We are honoured to partner with Graeme's family in maintaining an ongoing presence and legacy for him on our blue-ribbon day of racing.”