Gavin Groth is hoping for a little “joy” when Gunnedah Jockey Club hosts a transferred Armidale meeting at its Riverside Racecourse on Thursday.

The Gunnedah trainer has 12 horses in work and half of those engaged in the seven-race TAB meeting.

“It’s a busy day for us,” Gavin Groth said today. “Got half the stable in.” 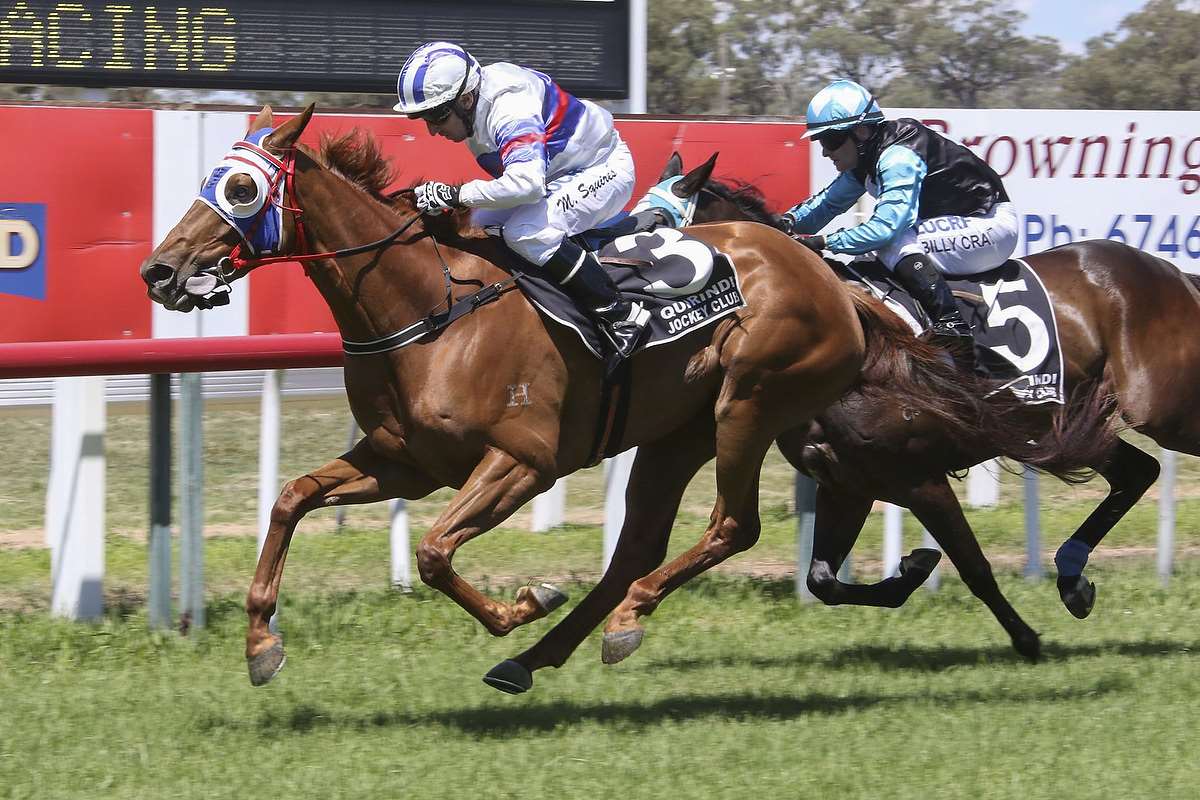 His “joy” is on a number of fronts. Back in August Gavin had two bilateral knee replacements in Sydney.

After a week of rehabilitation down there he returned home where he has been returning to normality, although the first few weeks he wasn’t allowed near the horses.

Since then he’s been on “light duties”. “Making the feeds, things like that,” Gavin said.

He is delighted to be back working his horses and preparing for a big day that includes chasing victory in the feature race of the day, the $22,000 Kelaher Instrumentation & Electrical Spring Cup (2050m).

That’s where more his “joy” comes in. Groth starts chestnut mare Bring The Joy in the Spring Cup.

The five-year-old daughter of Magic Albert, bred by Gunnedah’s Dave “Pom” Anderson, has won three of her 24 starts and while she disappointed when fourth to House Wins over 2050m at Gunnedah last start she does drop 2kg for Thursday’s Spring Cup.

She has also drawn well in barrier two and has Wendy Peel, who won on her at Coonamble recently, reuniting.

“She was lacking a run last start,” Gavin Groth said. “She’s ready, fitness-wise now. Drawn well and hopefully, she finishes off this time.”

Epic Decision, Malzoom and last start Gunnedah winner Danspur will all race well while Gavin also has a couple of new “arrivals” having their first starts for him.

“Annie’s Street has been here six or seven weeks,” he said. “She’s come to us off a freshen up from Melbourne.

"She’s a Class 1 in a Class 2 race. It’s her first time going this way and she hasn’t had a trial. Showboy is having his first start.

"Only had him seven or eight weeks. He’s going all right, trialled well in a cracker of a trial.”

Gavin also expects the Riverside track to be somewhere between a Good 3 or 4 with “good grass cover down the running”.