Consistent sprinters Waltzing Willie and Duke Of Frederick both look the gallopers to beat in their respective assignments at Ballina on Sunday. 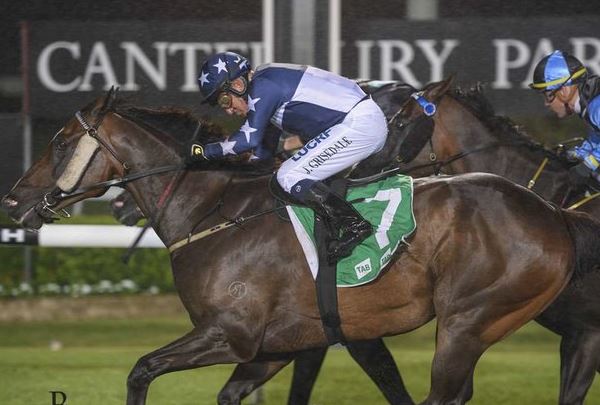 Waltzing Willie rarely runs a bad race and his consistency was rewarded with a last-start win over San Sierra and Apoloboom in the $30,000 Murwillumbah Newmarket Hcp (1200m) on August 23.

That win followed a string of solid performances across two states going back to a boilover win at odds of $61 in a Benchmark 70 at Canterbury Park on February 19.

He followed that with a fourth to the then emerging star Classique Legend on the Kensington Track in March,  a third placing in a Class 5 at Doomben when resuming in July and another good effort when third to Got Unders and Tailevent in the $50,000 Daniel Baker Sprint (1200m) at Coffs Harbour on August 1.

Now an eight-year-old, the son of Street Cry began his career in Sydney with Chris Waller, winning two of his first 17 starts. Since joining the Grisedale stable in mid-2016, Waltzing Willie has won another four races and has maintained consistent form over the past 12 months.

Drawn ideally in gate three for jockey Tegan Harrison in Sunday's Ballina sprint, Waltzing Willie looks a great chance to improve on his six wins and 17 placings in his 46-start career.

Duke Of Frederick is another ultra-consistent sprinter with two wins and 11 minor placings from his 20 career starts so far.

A Grafton winner four starts back on March 25, Duke Of Frederick's two runs since resuming have indicated another win isn't too far off.

He resumed at Ballina on September 6 in a Benchmark 66 Hcp (1000m), running home well to finish a close second to General Nelson.

Halliday then took him north of the border to Ipswich for his most recent outing on September 20 when he finished third to Excelebrazione and Supersonic Boom in a Class 3 over 1000m.

Gold Coast three-year-old Epplause didn't enjoy the best of luck when he made his debut as a well-backed favourite last month and could bounce back in a big way in Sunday's Ballina Fair Maiden Hcp (1300m).

Trained by Toby and Trent Edmonds, Epplause was sent out the $2.90 favourite at the Gold Coast on September 21, but got back after a tardy start and had trouble getting a clear passage in the straight before finishing a 2.5 length sixth to Pluck Jam over 1200m.