Stars Are Aligning For Charlie In Cootamundra Cup

Country Cups specialist Charlie Royale ($7 on TAB fixed odds) has all the favours for another regional TAB Cup, the $27,000 feature at Cootamundra on Sunday, through the likely scratchings of accomplished Gentleman Max and O’Princess, one of the most promising stayers on the country circuit, targeting Moruya on Friday. 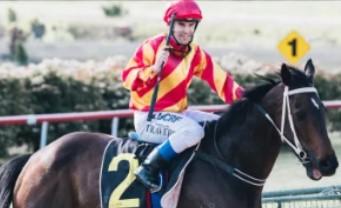 The diminutive Amy has ridden four winners since breaking through on local sprinter Atomic Blast at Moruya early last month. It was Amy’s comeback ride from a race fall.

Amy’s rapid success saw her in demand with a near full book of five rides at Moruya’s TAB Batemans Bay Cup meeting on Friday.

Where, incidentally she rides O’Princess ($5.50) in today's Cup, reducing the form mare’s massive 64kg off a four-race winning streak.

Meanwhile, Stephens was buoyed by the update on Sunday’s race with Gentleman Max and O’Princess likely to be withdrawn.

“That’s a big bonus, they were the ones to beat, would have been well-fancied for sure,” Matthew enthused.

“Look, we targeted this race back when we spelled him. We knew we’d get that weight and we’d always planned to use Amy’s claim - she rides him work most mornings.

“She hasn’t ridden ‘Coota’, it can be tricky so we’ve got to possie up early and be off and motoring at the 800m.

“But I said to her 'this old horse has developed an affinity with you at trackwork'. It’ll be the same in the race.

"He’ll do everything right, he’ll travel for you. Just put him in the right spot early.

“Yep, I like our chances. And this ol' fella is a realistic hope of being the first horse ever to win three Queanbeyan Cups in succession.”

Charlie Royale, an eight-year-old, retains his zest and durability for racing since being a bargain buy at $17,000 for Stephens in 2017.

He’s won two Queanbeyan Cups, a Merimbula Cup and been in the finish of Cups at home, Wagga Wagga, Gundagai, Forbes and Bega since placings in the 2018 Country Classic at Rosehill Gardens and a midweek at Canterbury Park.

He’s primed and fitter for three runs back from a three-month spell at Hawkesbury and unsuitable shorter races at home.

Presently Cootamundra is a good 3 track rating in fine weather.