Tozer's Been Secretary Since Man First Landed On The Moon!

It’s hard to fathom, but Len Tozer has been secretary of his beloved Gundagai-Adelong Race Club since man first landed on the moon and The Beatles made their last public appearance.

Devoting half a century to the Club has been a truly epic achievement and on Friday night Tozer was duly recognised by the racing community at Sydney’s Four Seasons Hotel. 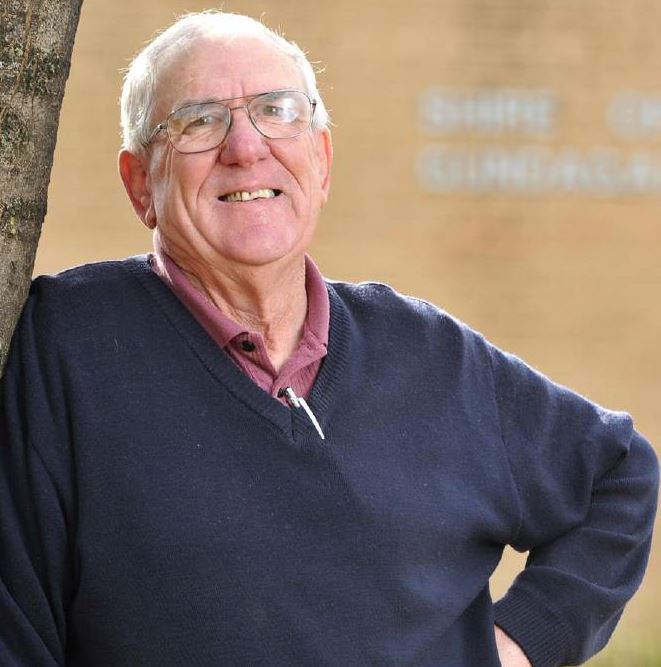 Over the past 50 years, Tozer has also held the position of secretary of the local Rugby League Club and the Local Show Society.

He served as secretary of Gundagai Racecourse Showground Trust and secretary of the Common Trust, with Tozer having has spent 20 years on local Council.

Tozer was Gundagai’s longest-serving Mayor (12 years) and received an OAM for his contribution to his community of Gundagai.

‘Gaz’ has devoted a lifetime to racing and sports in the Hunter Valley, as well as the Country and Provincial regions of NSW, most notably through his vast media career.

Introduced to racing early by his Dad, Harley secured part-time work as a teenager relaying scratchings on Newcastle’s Radio 2HD on a Saturday morning and as a fill-in greyhound racecaller in the Hunter Valley.

For more than 45 years Harley has provided previews, expert commentary and mounting yard mail for the various racing radio networks.

In the late 1980s he joined the Sky Channel team and today can be seen at three or four race meetings each week as part of the Sky Thoroughbred Central network.

Other award winners included Victorem, the rock-solid favourite for the $1.3 million The Kosciuszko, who was awarded Country Horse of the Year.

Young-Burrangong Picnic Race Club’s, Tom Wills, said: “It’s a fabulous day’s racing and fun. We have a Fashions on the Field with over $2500 worth of prizes; the major sponsor being Ella Bache.

“And a full TAB, interstate and local bookmakers. There is also Cold Rock ice cream, a jumping castle and face painting for the kids.

“The afterparty features Kaktus Alley playing from 5pm until the last bus, with buses running from The Aussie Hotel commencing at 11:45am until 8:30pm. The entire town of Young is really looking forward to the day!”