Six Seconds From Eight Starts - The 'Lord' Ready To Break Through

If there is one horse and connections that deserve a break through victory at Moruya's Country Showcase meeting on Friday, it is those involved with Lord Desanimaux.

Considering Lord Desanimaux has raced eight times for six seconds shows how enduring a ride it has been with the four-year-old. 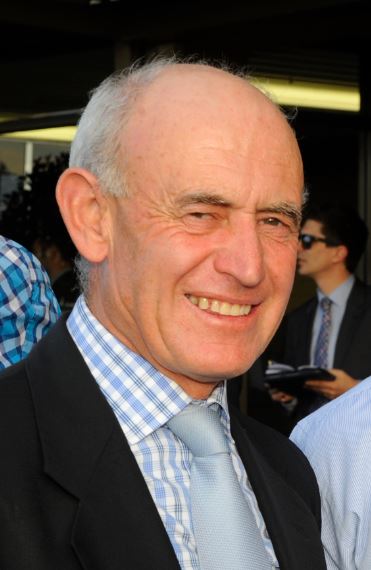 Despite the lengthy stretch of exasperating runner-up cheques, Lord Desanimaux has proven his worth and trainer Terry Robinson feels it is only a matter of time before the galloper breaks through.

Whether that is in the opening race for maidens over 1650m remains to be seen, but Robinson thinks enough of the galloper to believe he can develop into something a little bit better.

“It has taken him a long time to click into gear and he is starting to learn how to race properly,” he said.

“He does look well placed on Friday and he has come on a bit since the run.”

When quizzed how it feels to keep running second with Lord Desanimaux, Robinson wasn’t too concerned as the galloper keeps paying his way.

His owners, Michael and Joy Lill, have had to be more than patient but having bred the galloper, and his half-sister, Fortune’s Path, they know a fair bit amount taking time to see results.

Fortune’s Path, a last start winner at Nowra, will also race at Moruya providing his owners with the opportunity of a family winning double.

The first thing is to get Lord Desanimaux past the post first and then hopefully move onto a Highway Handicap in Sydney a few weeks later.

“He has to win his maiden first and then there is an 1800 metre race in Sydney which would suit,” Robinson said.

“The mile is ideal for him at Moruya and when he gets over a bit of ground you will see the best of him."

Meanwhile, Fortune’s Path broke through for her third career win last start after some midfield finishes in Highway races and will step up in grade to contest the Bateman’s Bay Cup (1650m).

The feature race has attracted a strong line-up including four last-start winners – most notably O’Princess which has won her past four.

Robinson said an ideal draw in gate one would give Fortune’s Path every opportunity.

“She is a consistent horse racing in a stronger field, but she won’t be far away,” he said.

O’Princess won three consecutive races on the Canberra Acton track before another win at Moruya.

She will have to carry 60 kilograms this time with 4kg-claiming apprentice Amy McLucas taking over.