Mathew Cahill has won four and hopes to make it five when riding Welcome Art on Sunday in the 1800m Ray White Emms Mooney Bathurst Cup.

First Bathurst Cup for the Cowra-based Mathew Cahill was the mare On Deck from the John and Pat Chapple stable at Greenethorpe in 1996, followed by the Don Ryan, Bathurst-trained Wide And Blue (2000), Cardiff Prince in 2015 for Dubbo trainer Darren Hyde and on the Rod Potter, Canberra-trained Murraguldrie in 2017. 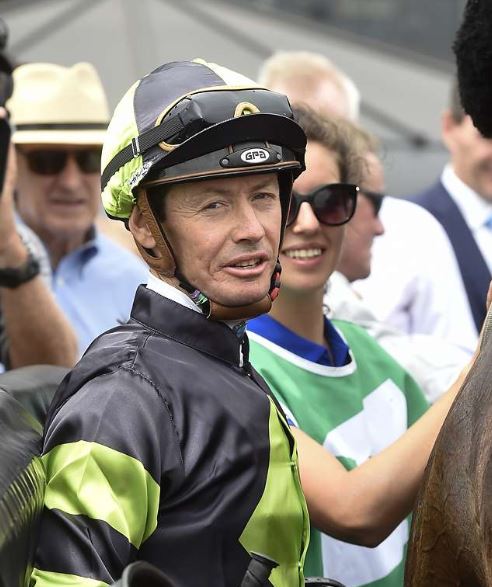 Trained at Cowra by Andrew Molloy, Welcome Art won the Cowra Cup in January when finishing strongly from back in the field and then finished third to Chocolatier in the Bathurst Cup and third in the Orange Cup to Letter To Juliette.

Unplaced at the first run back from a spell, Welcome Art will be fitter for the Bathurst assignment but comes up against a very tough field including the in-form Steamin’ from the Michael Mulholland stable at Wellington.

Steamin’ from near last came with a late rails run to win the Forbes Cup and was given another great ride by champion jockey Greg Ryan when winning the Dubbo Cup from Magic Over The Bay and Chivadalli in the Dubbo Cup.

Greg Ryan who regularly rides the most winners per season of all jockeys in New South Wales, will be keen to add another Bathurst Cup to his achievements having won the Cup in 2013 on the Michael Clout, Wyong trained Jimmy Fortune.

Trained at Narromine by Wayne Collison, Magic Over The Bay won the 2018 Narromine Cup and will appreciate the step up in distance to 1800m at Bathurst after rushing down the outside from well back to be runner up to Steamin’ in the 1600m Dubbo Cup.

Fourth run back from a spell Zaunkonig (Lee Magorrian) from the stables of high profile Rosehill trainers Richard and Michael Freedman is expected to improve on recent mediocre form.

The inaugural Ray White Emms Mooney-The Panorama (1300m) has exceeded all expectations with an outstanding field of quality gallopers including two of the best prospects in country racing, Press Box and  Westlink.

Locally-trained by Dean Mirfin, Press Box won successive races at Bathurst, Parkes and again at Bathurst before finishing third at Randwick and has now been selected for a slot in the $1.3 million The Kosciuszko at Randwick.

Westlink, winner of the Country Championships Heat at Dubbo and then fifth in the $300,000 Final at Randwick for Dubbo trainer Darren Hyde, has drawn a wide barrier at Bathurst but is expected to produce a big run, at the third start back from a spell.

The promising Coup De Main trained at Canberra by Mathew Dale and the consistent Bravissimo from the Cheryl Crockett stable at Mudgee are just some of the many winning chances in the 14-horse field which will wrap up a big day of racing at Bathurst.