Greg Ryan Will Again Be Punters' Pal At Bathurst

Prolific regional champion Greg Ryan invariably rides up a storm at Bathurst and his leading allies, the Bjorn Baker and Brett Thompson stables provide form runners for his hordes of followers on a highly-anticipated Bathurst Cup TAB meeting on Sunday. 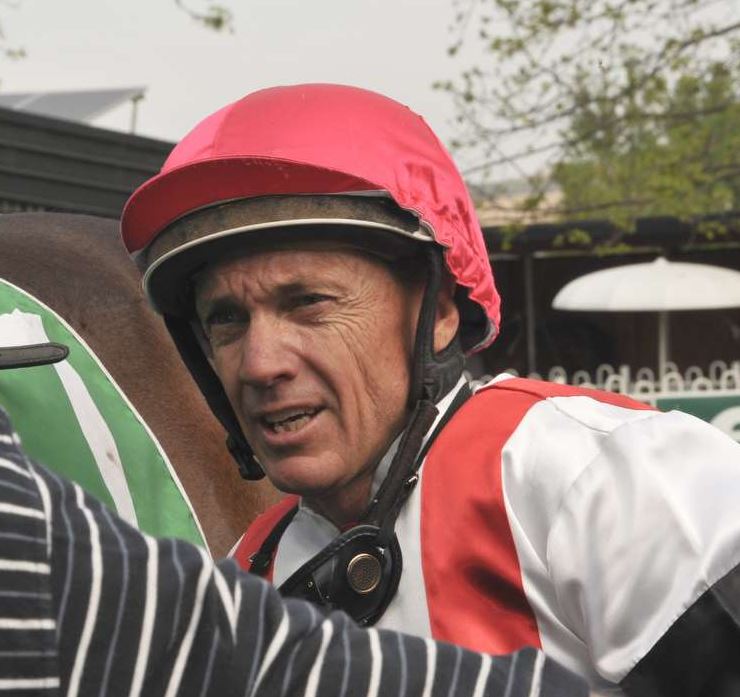 Champion jockey Greg Ryan - in for a big day at Bathurst. Image by Bradley Photographers

“At the track my boys started calling Greg ‘The Goat,’ Thompson chuckled. “Greg asked ‘what’s this’, thought it might have something to do with his age.

“They said it stands for the ‘greatest of all time.’ Greg cracked up laughing, but it’s real close to the mark in country racing, I’ll tell you.

“Greg and Robert Thompson - phenomenal at their age over so many years.”

Ryan followers are rarely concerned at the short odds and he typically rides most favourites on a full book of eight rides on Sunday.

In the 2017 season when Ryan originally linked with Baker, a former Bathurst Pharmacist, he rode a record five winners at the circuit in November.  Since then, Ryan doubles and trebles at Bathurst have been relentless.

Ryan’s best for Baker is Canasta in the opening event, off close up efforts in tougher grade, winning at Wyong and worn down late at Newcastle.

He’ll be hard to beat in the Cup on Steamin’ and the final race on Sunsuzie, coming off harder maiden races and former Victorian American Storm, resuming as a Yarra Valley winner.

“Progressive gelding, really put it together this prep, the wide barrier is a concern but he begins, races on pace and he’s got fight in the finish,” Thompson offered.

“There is some solid form in it - the thing of Baker’s (Unimpeded) and the top weights have been racing in better grade.

“Probably my best value on the day is Sugar Dance in the last. It’s a deep race and big field, but I’m confident he can lead from the draw and we’ve claimed.”

In the Ray White, Emms Mooney Bathurst Cup, Steamin’ and Magic over the Bay are primed for a repeat of the recent Dubbo Cup when they fought out the finish.

At present Bathurst is rated a soft 5 surface in fine weather.