Free-wheeling galloper Sugar Dance is primed to scale the ‘mini Kosciuszko’ at Bathurst next Sunday.

The front-runner has a near-perfect record at Bathurst, having started there twice for a win and a narrow defeat, and will be tackling the inaugural $40,000 Ray White Emms Mooney The Panorama (1300m). 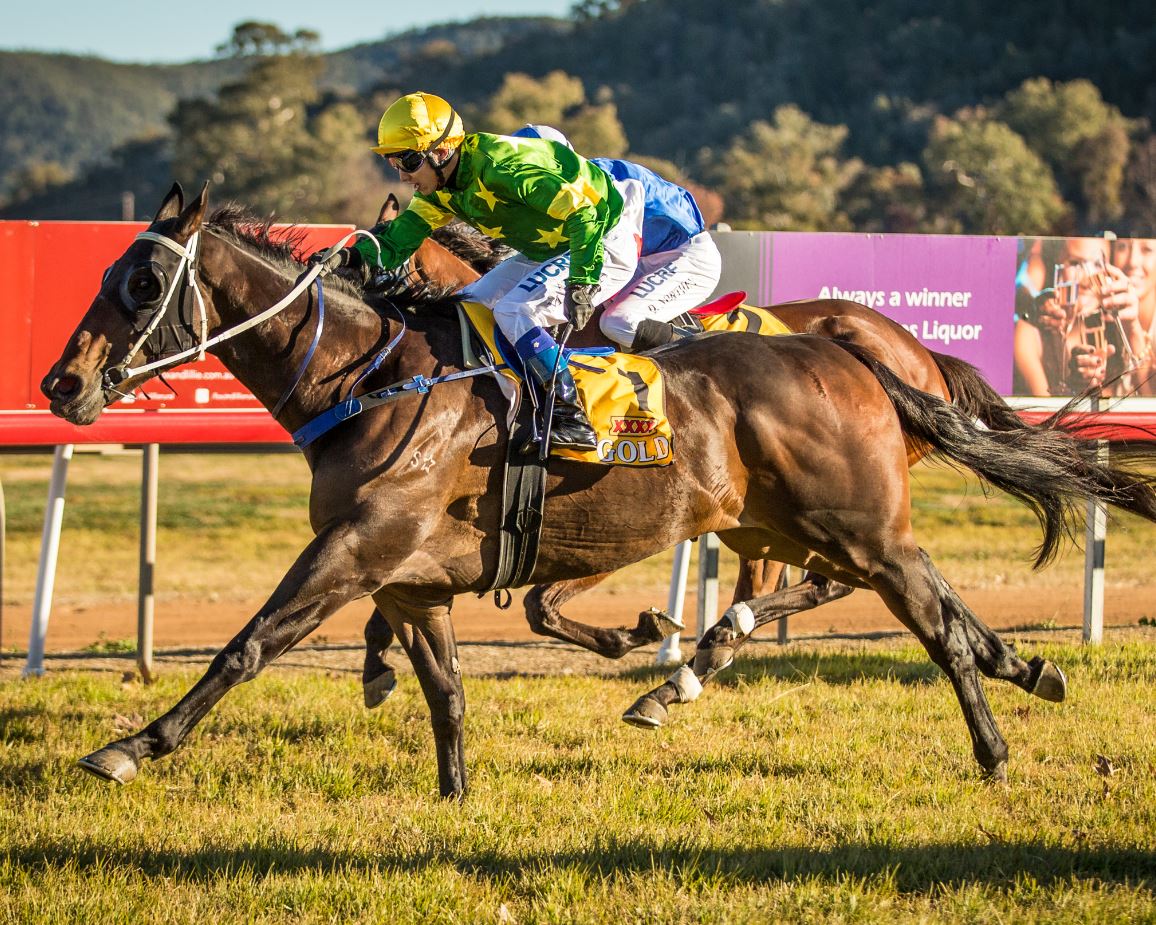 Sugar Dance gave nothing else a chance when he led throughout to claim the Mudgee Mug (1400m) two starts back, before a close fourth to Steamin’ in the Dubbo Cup (1600m).

“He’s the type of horse that needs to be rated at an even tempo in the lead. At Dubbo, he just went a bit hard and worked solidly from the 900m.

“He was still in front with 70m to go and it was a top run under the circumstances.”

‘The Panorama’ is a new race that has been introduced on Bathurst Cup day.

“The Panorama is targeting those country horses preparing for ($1.3 million) The Kosciuszko at Randwick on October 19,” said Bathurst Thoroughbred Racing’s GM, Michelle Tarpenning.

“Our Bathurst meeting comes 20 days before the running of The Kosciuszko which makes the race well-positioned to play host to some classy sprinters.”

Brett Thompson is likely to have up to five runners on Ray White Emms Mooney Bathurst Cup Day.

“He is going great guns at the moment,” Thompson said. “He finished strongly to win at Dubbo and then the jockey (Greg Ryan) told me it was a bad ride despite winning at Dubbo.

“Greg said he had to come very wide earlier than he had planned as there was some interference inside of him, but the horse fought them all off and proved too good.

“It was a great performance as it’s hard to go straight from maiden grade to winning a Class Two.”

“He should have won at Coonamble when second before unplaced at Gunnedah when he worked very hard out wide before the turn and just knocked up.”

Dart Street is also entered for the same race and is fitter for one run back from a nine-week break.

“The jockey said he finished off quite well and needed the hit-out over the 1000m. The increase in distance is going to help.”

And Attalea is also nominated for The Panorama, but Thompson is still pondering where he goes with the seven-year-old.

“I’ve also nominated him for a race at Scone next Friday so I will have a think about it.

“He used to like leading but as he’s gotten older, he now enjoys getting back in his races.

“He trialled well the other day and we’re happy with his condition, wherever he ends up running.”

A large crowd is expected for Bathurst Cup Day with the feature event over 1800m and carrying $40,000 in prizemoney.

“We have a big Fashions on the Field competition and live music, along with a kids’ jumping castle and face painting,” said Michelle Tarpenning.