Twins Delighted To Have Booked McEvoy In Highway

If you can tell the twins apart, the engaging winning smiles and interviews from Emma and Lucy Longmire are becoming more regular and the tip is maybe more of it at value odds into a Royal Randwick, TAB $75,000, 1000m Cobcroft Trust Highway on Saturday.

Twin Star Racing and their promising dual winner Feel the Knight contest a prelude race to another booming day of Group glory at headquarters.

Winx might be retired, but levels of excitement remain with the multi-million dollar The Everest and The Kosciuszko on the horizon and the Sydney presence of likely champion Arcadia Queen after her phenomenal Theo Marks win. 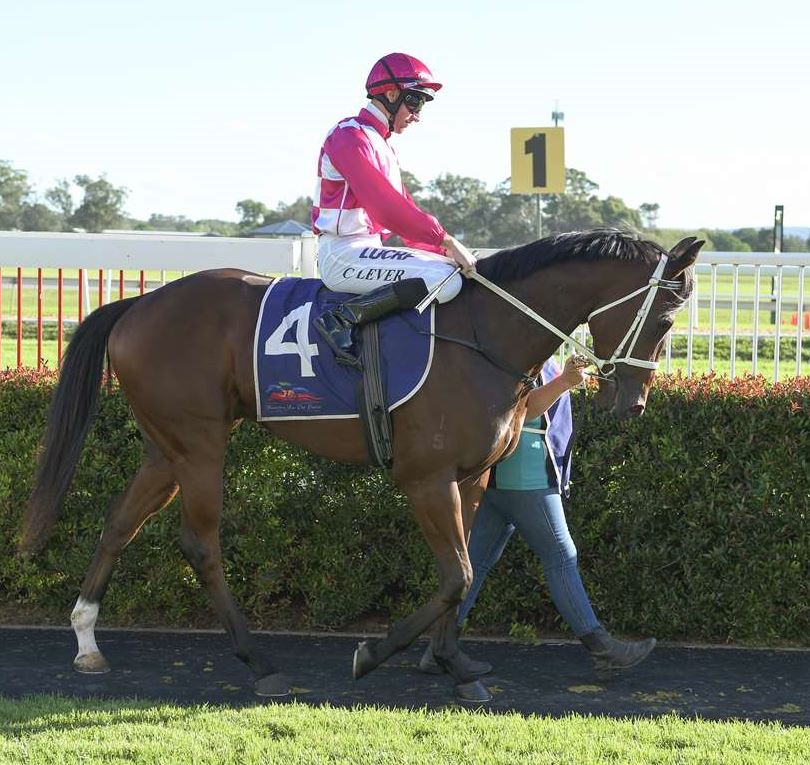 Feel the Knight (Chad Lever) prior to a Hawkesbury run. Image by Bradley Photographers

The Longmire's recent regional winners with Isadora Twinkle and Newtown is Coming, trained their first city winner with stayer Thunder Road, and Feel The Knight, primed by an impressive trial, has the key booking of Kerrin McEvoy on 56kg.

And if the heavy 9 track rating at present and incessant rain is a major concern for some, not so Emma.

“I ride him work, he’s a privilege to train and my gut feeling is he’s got the make-up to get through it. Especially with who we’ve got on,” Emma enthused.

“He’s into a class 3 off maiden and class 1 wins, so we’re in at the deep end in more ways than one,” Emma chuckled.

“But so are the opposition and we’d planned this race weeks back off the trial and hoping to book Kerrin.

“Likely they’ve checked out the trial since, it was impressive, he’s ready go. And while they’re eligible you’ve got to have a go at that prizemoney for your owners.”

After dominant on-pace wins at wins at Wagga and Canberra in fast times and a Hawkesbury placing in April, Feel the Knight was spelled.

The four-year-old gelding resumed to win a Moruya Open barrier trial by 4.5 lengths and again ran time on September 3.

“We’ve always had an opinion of him, the sire (Knight Exemplar) is not widely known, but of his progeny so far, this horse and others we’ve seen are really nice types.  He’s a lovely type, a jump and run natural.

“And while a really wide draw is a negative in any race, maybe on the day, the outside in that going is the place to be. We’ll see but we’ll leave all of that to Kerrin on raceday.”

The Longmires and Feel the Knight are wider in betting in a particularly deep episode behind their former Goulburn boss Danny Williams, a prolific series winner, with Major Danger and Highway Sixty Six.

The chances don’t end there and early scratchings are Hard Merchandise and Plonka. At present Royal Randwick is rated a heavy 9 with continuing rain.