NOTE: A funeral service will be held at St Mary's Catholic Church, Orange on Monday 16th September commencing at 11am.

Racing NSW has been informed of the passing of former jockey and trainer Harry 'Matey' Molloy, who passed away on Friday after a long illness. 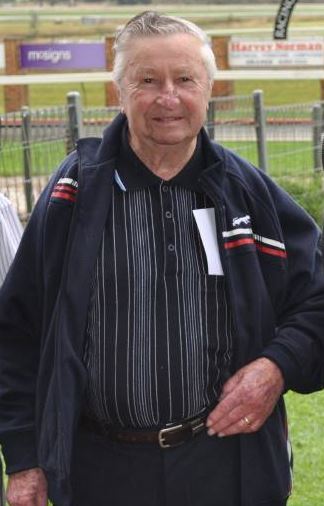 Matey, 88, rode many winners during his career in the saddle including Persian Puzzle to win the 1964 Doncaster Handicap at Randwick.

"I remember the race - Matey was back nearly last and just followed the fence home to win," said racecaller Col Hodges.

"Matey was still riding while I was calling in the early seventies. He was a quiet fellow but a marvellous guy and a top jockey."

Matey also won the 1963 Hotham Handicap (now Lexus Stakes) at Flemington aboard River Seine and rode Birthday Card to her debut win, a filly who would later take out the 1962 Golden Slipper.

Matey then went into training horses and had plenty of success around the state with many winners from his base at Orange, and was only recently inducted into the Orange Hall of Fame on Legends Day.

Matey is survived by wife Pat and extended family, with funeral arrangements still being made.