Trainer Terry Evans has such a large group of owners heading to Tuncurry races this Friday, he has suggested officials will need to start printing a truckload more tickets.

“I have owners coming from everywhere!” Evans declared.

Evans prepares his team on the picturesque Tuncurry course and said he is likely to have nine starters on the eight-race TAB program.

“This is one of Tuncurry’s biggest meetings and our owners enjoy making a weekend of it,” Evans said. 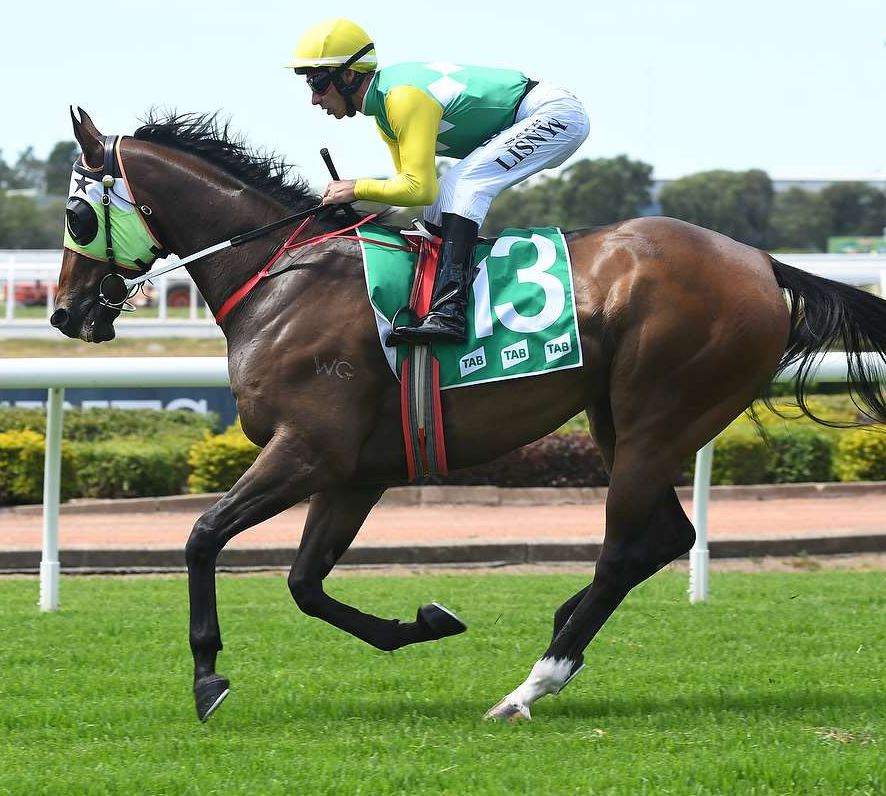 Twelfth Raj (Serg Lisnyy) - one of many starters for Terry Evans at Tuncurry. Image by Bradley Photographers

“I always try and set a number of my team for the day and the owners help create an amazing atmosphere on track.”

Garry McQuillan, Tuncurry Foster Jockey Club’s president, has secured the legendary John Tapp as guest of honour for the meeting.

“John was a great friend of my Dad [Ern] and is coming up; I’m sure the locals will love him as he’s a great man and a real character,” he said.

“The Fashions on the Field is sponsored by Stockland & Focus Magazine with gates opening at 11.30am.

“We have an eight-race program and although it’s ‘Black Friday’ [Friday 13th September] we believe everyone will be ‘lucky’ at Tuncurry Racecourse.”

Following is Terry Evans’s run-down of his starters:

Up the Stairs (Tuncurry 1500, over 1500m): “He came from Victoria and would usually position on the pace, so we’ve altered his racing pattern. Since he’s been getting back in the field he has been hitting the line strongly and he must be one of our better chances next Friday.”

Twelfth Raj (The Pearl, 1200m): “He has been one of our best purchases with five wins to date. We got him from Simon O’Donnell [former Aussie cricketer] and he has been racing very well. All the owners are coming for a big weekend to watch him.”

Too Easy Bro (The Pearl, 1200m): “This is quite a smart horse who originally raced in Queensland. He is second-up after finishing last at Gosford, but the run was much better than it looks on paper. He was chopped out halfway down the straight and he has come on well since.”

Oakwoods Hope (Class 1 & Maiden, 2100m): “She ran a nice race for fifth at Newcastle last Thursday and is now getting up to her right distance.”

Game of Circles (Maiden, 1000m): “She was trained at Hawkesbury and will be having her first start for us. She’s gone along nicely and has ability, so we expect to see her do something.”

Bullocky Way (Maiden, 1400m): “He is unraced and ran well in his first trial and the owners are keen to see him make his debut.”

Moonwinkle (Maiden, 1400m): “She did OK at her first start at Port Macquarie and should improve sharply over the extra distance.”

Bouquets (Maiden, 1000m): “She is having her first start but has speed and will race in blinkers as she tends to have a bit of a look around.”

Evans added: “And don’t forget to mention Eric Grothe [former Australian league player] will again be playing with his band ‘The Gurus’ after the races at Tuncurry Beach Bowling Club from 8pm!”