Trainer Confident Of A Successful Day At Ballina (Thursday)

Trainer Steve Phelps didn't have the best of luck with barrier draws for several of his acceptors at Thursday's meeting on his home track at Ballina, but remains confident about the winning chances of two of his key runners on the seven-race program.

Phelps could have up to eight runners at the meeting, headed by his handy sprinter and three-time Ballina winner General Nelson in the XXXX Gold Benchmark 66 Handicap (1000m), and Kitteau who lines up in the TAB Lismore Cup Prelude (1900m). 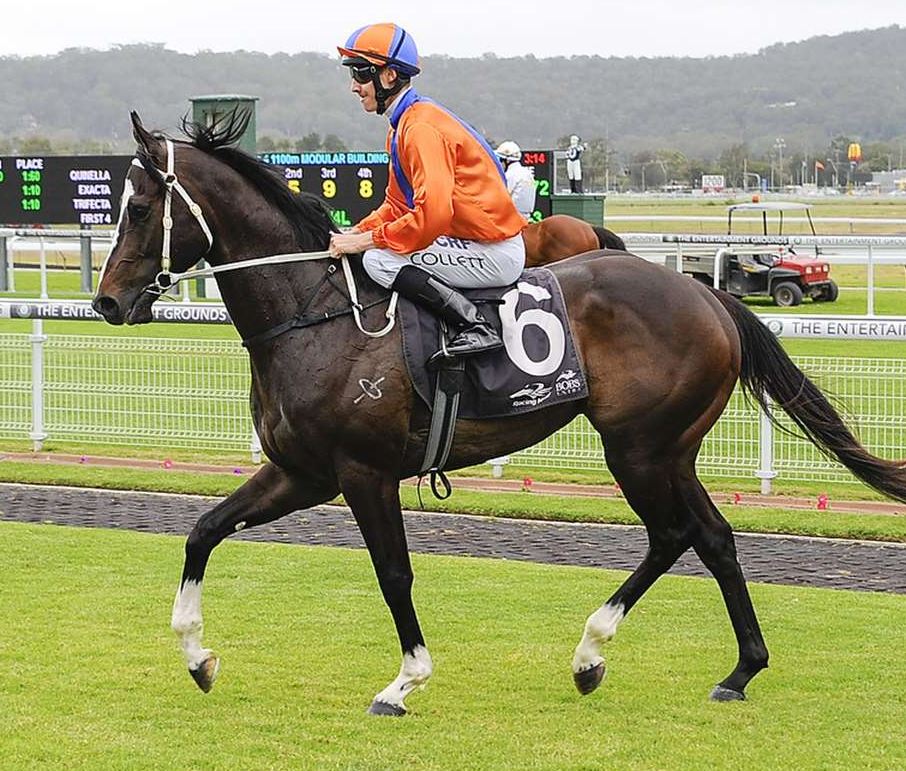 Kitteau (Jason Collett) after a Gosford win when trained in Sydney. Image by Bradley Photographers

Emshalky was also an acceptor in the Lismore Cup Prelude where he drew gate 10, but is more likely to be scratched and saved for next Tuesday's Grafton meeting.

General Nelson drew barrier 10 in the 11-horse field in the Benchmark 66 but Phelps is confident the six-year-old can maintain his excellent record on his home track where he has won three races and finished in the placings four times from his nine starts there.

General Nelson hasn't won at his five previous first-up outings, but Phelps said the gelding had never been going as well as he is now.

"I had him all set to got first-up at the Ballina meeting about six weeks ago (July 26) but unfortunately that meeting was washed out," said Phelps.

"I've had him ticking over at the stables since then, waiting for this Ballina meeting on Thursday for his return and I'm very confident he can win. The alley doesn't worry me at all."

He was unplaced only once in his seven starts last preparation, finishing seventh at Ipswich on April 17 before Phelps sent him for a break.

His main rival on Thursday looks to be the Matt Dunn-trained ex-Victorian mare She Keepsnosecret who scored first-up for her new stable in a Benchmark 58 over 1100m at Murwillumbah on August 23.

Phelps is also confident Kitteau will handle his first assignment beyond 1600m when he tackles the 1900m Lismore Cup Prelude.

Phelps has also nominated Kitteau for a 1400m Benchmark 70 Hcp at Eagle Farm this Saturday, but is keen to run at Ballina instead.

"I spoke to a couple of the owners this (Tuesday) morning and I told them I have no doubts about him handling the 1900m the way he really finds the line at Ballina," said the trainer.

"I may be proven wrong, but I know this horse pretty well. So, at this stage, Kitteau will run at Ballina on Thursday and I'll scratch Emshalky who will run at Grafton over 2200m next Tuesday.

The winner of Thursday's Prelude is exempt from the ballot for the $75,000 Lismore Cup (2100m) on September 19, but Phelps has ruled out heading there should Kitteau win on Thursday.

Like stablemate General Nelson, Kitteau was in terrific form last prep, winning twice at Ballina - first-up in a 1400m Benchmark 66 on February 4 and two starts later in a Class 2 over 1400m on February 28.

One of Phelps's runners who did draw a good gate is Ester's Rose who came up with barrier four in the Class 2 Hcp (1400m) but the trainer admits she won't be suited on a firm track on Thursday.

The four-year-old mare drops back to a far more suitable race on Thursday after coming off two unplaced runs at Rosehill (July 13) and Eagle Farm (August 17).

Prior to those two metropolitan runs, she bolted in with a Ballina Benchmark 58 on a heavy 10 surface on June 10 then finished second to in-form Gosford filly Charmed Princess in the Grafton Guineas Prelude on a soft 7 on June 30.

Charmed Princess then went on to easily win the Grafton Guineas at her next outing on July 10, her fifth win from 10 starts.

"I have a real soft spot for Ester's Rose as I bred her myself," said Phelps. "She's just had a few niggling little problems.

"I think she's probably got a decent race in her down the track, but I think she would need a track in the soft range to really produce her best on Thursday."

Phelps said he certainly doesn't have a similar 'soft spot' for My Cousin Baby but may forgive her for her shocking attitude around the stable if she can land the Maiden Plate (1300m) on Thursday.

"She an absolute nightmare to train - the worst I've ever had - but I do think she can win on Thursday," he said.

My Cousin Baby tackles Thursday's race at her third race start, after showing a marked improvement at her second outing at Ballina on July 16 when a close fourth to Logan's Blade in a 1255m Maiden.