Trainers Team "Firing On All Cylinders" For Kempsey (Monday)

'Happy as Larry' Kempsey trainer Barry Ratcliff may have grabbed two winners at Kempsey’s last meeting on August 8 and his four hopes this time will need plenty of home track advantage.

“They are firing on all cylinders and I am looking forward to a big day,” he said. 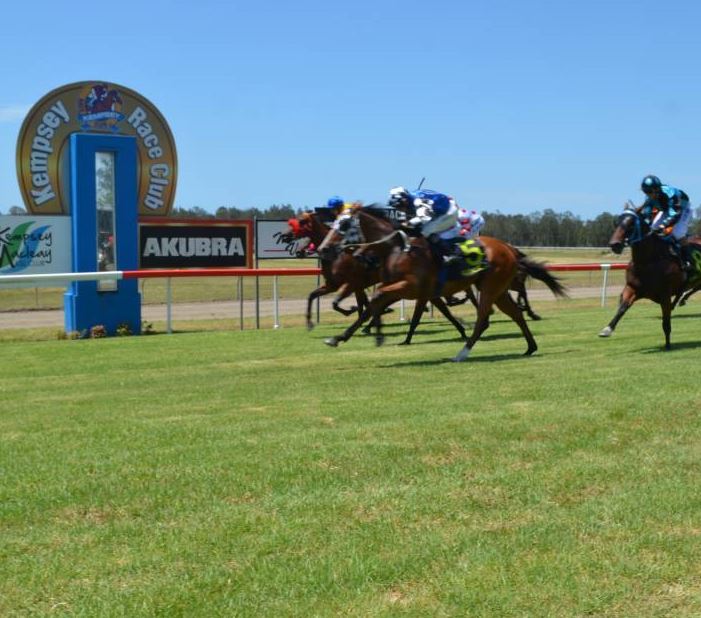 There'll be plenty of racing action at Kempsey on Monday. Picture by Macleay Argus

It is a significant meeting and the Wauchope Club should be congratulated in honouring last season’s racing stars with their names on all races to coincide with the awards presentation trackside.

Taree trainer Ross Stitt has a strong hand with his only three runners and their clash with Ratcliff’s gallopers in the same races should be a beauty.

Bachelor hasn’t raced since May but two of its three wins have been at this track and it has won first-up once in two previous campaigns.

Many of its opponents are also resuming, one being Stitt’s four-year-old gelding Fair Dinkum, which, like all Stitt’s runners, will be ridden by in-form jockey Matthew McGuren.

“My horse wasn’t beaten all that far in his races last campaign and he has overcome some niggly injuries,” Stitt said.

Fair Dinkum was a 3.7 length third to Profiler in a trial at Kempsey’s last meeting.

There is plenty of depth, including the winner of the Kempsey Cup two years ago in seven-year-old Taree mare Lippy And Pearls, trained by Ross Dawson, in the Horse Of The Year 'Victorem' Benchmark 66 Handicap over 1450m.

Natural Image has had two wins, three seconds and a third from its past six starts and was beaten 1.5 lengths by Taree’s Casino Mondial over 1250m at Taree on August 18.

Two days earlier, Aberration was beaten nearly six lengths in the strong Hopkins Livermore Cup over 1600m, the winner being Wyong’s Luddenham Lass which made it three wins from its past four starts to emphasise the form.

Stitt said of his mare: "The winner last start was just too good but she has won here recently."

The two again clash in the Runner Up Trainer 'Colt Prosser' Class 1 Handicap over 1450m.

Stitt’s three-year-old filly Oh So Hot, winner of the $40,000 Showcase Maiden over 1400m at Taree on Cup day, is up against August 8 Kempsey winner four-year-old gelding Heaven’s Dream.

The latter wasn’t disgraced with a fourth at its subsequent start at Taree and rates highly.

Stitt said of his filly that she preferred a good track but was impressive in scoring last start and should go on with the good form providing the rain stays away. Kempsey is currently a Good 4.