Friday's The Day For Under The Thumb At Tamworth

Under The Thumb has his chance to overcome some bad luck when he returns to his home Tamworth track in Friday’s $22,000 Cody Morgan Tamworth Rush (1200m).

The son of Falvelon has raced at Tamworth just four times for one win and his trainer, Sue Grills, hopes he can make it number two.

The winner of four of his 32 starts for almost $115,000 in prizemoney Under The Thumb has drawn barrier six in the 10-horse field. 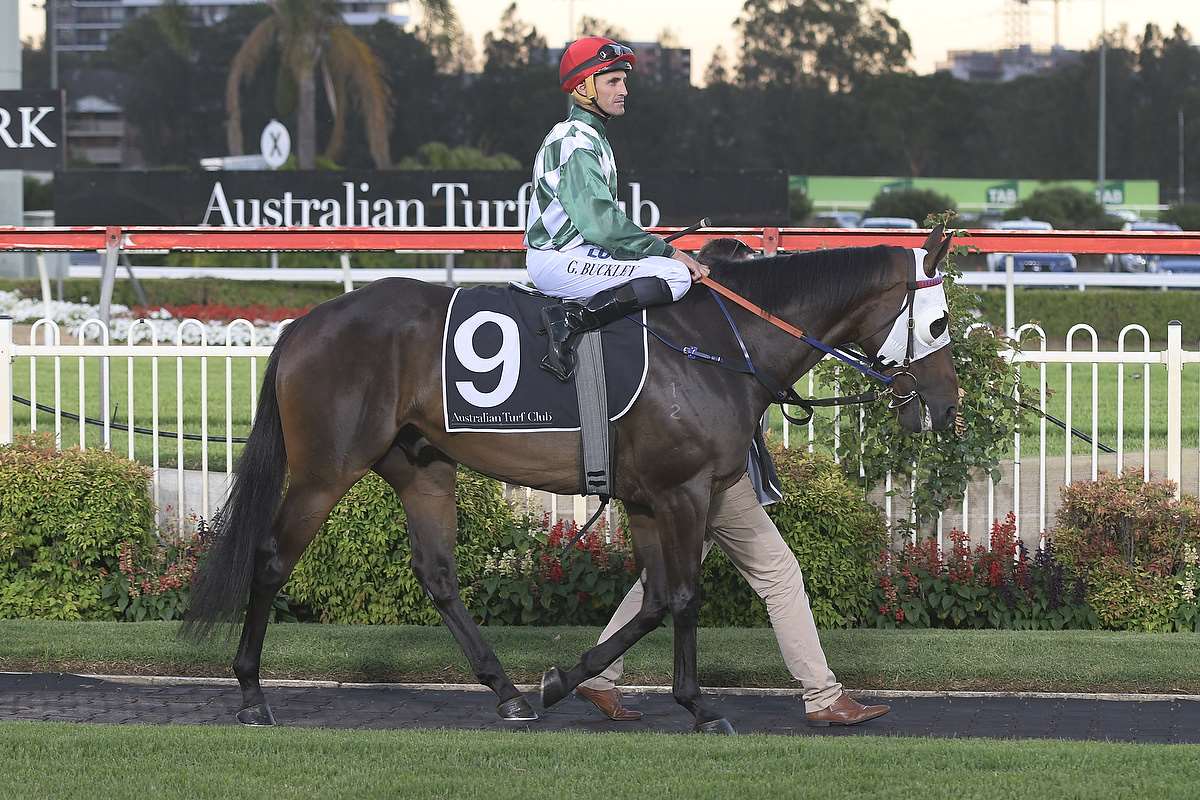 Under The Thumb (Grant Buckly) prior to racing at Canterbury Park. Image by Bradley Photographers

Greg Ryan reunites with the gelding too, the leading HNWRA jockey having partnered Under The Thumb two starts back when third in the 1280m Bengalla Cup at Muswellbrook to Uno Best.

He had placed at Wellington in the start previous to that on his return from a spell. Under The Thumb was only beaten a couple of lengths at Muswellbrook and then went to Brisbane where he was just over three lengths from winner The Tenor as well.

“He was really unlucky at Wellington,” Sue Grills said. “Then he knocked up a bit at Muswellbrook over the 1280m.

"And he didn’t have a whole heap of luck in Brisbane either. Hopefully, tomorrow is the day.”

Meanwhile, the Craig Martin-trained Carillon makes his return to the track in the Tamworth Rush. He drew barrier 1 in the sprint and will be ridden by Brooke Stower.

A son of Benardini, he is raced by Tamworth’s Murray Keating and has had two trials (at Muswellbrook and Tamworth) as he prepares for another campaign.

The lightly-raced five-year-old gelding was injured last time when being prepared for a tilt at the Country Championships.

He had won his maiden (over 1300m) at Armidale and then a 1400m Class 1 at Tamworth before winning a Class 3 Highway Handicap at Rosehill over 1500m. It was an enormously impressive run of wins which turned sour with his unlucky injury.

“Got injured in a trial leading up to the Country Championships,” Craig Martin confirmed. “It was unfortunate.

"We had to put him out. He’s had a good break, too good a break I think. Seems to have done too well.”

Martin believes his gelding might be a “little bit underdone”. “He is looking tremendous though.”

Carillon has had just the seven starts for three wins and will have the 54kg minimum.