Multiple Group-winning South African jockey, Brandon Lerena, was certainly no surprise to the Bjorn Baker stable with a highly impressive local debut at Kembla recently, and he can build on the momentum and opportunity at Sunday’s Nowra TAB meeting.

“Brandon’s got the desire and work ethic - he was just a few hours off the plane and came to Warwick Farm to ride trackwork; he’s ridden five Group One winners, other features, top of his craft,” enthused new Baker Racing manager, Stephen McLean. 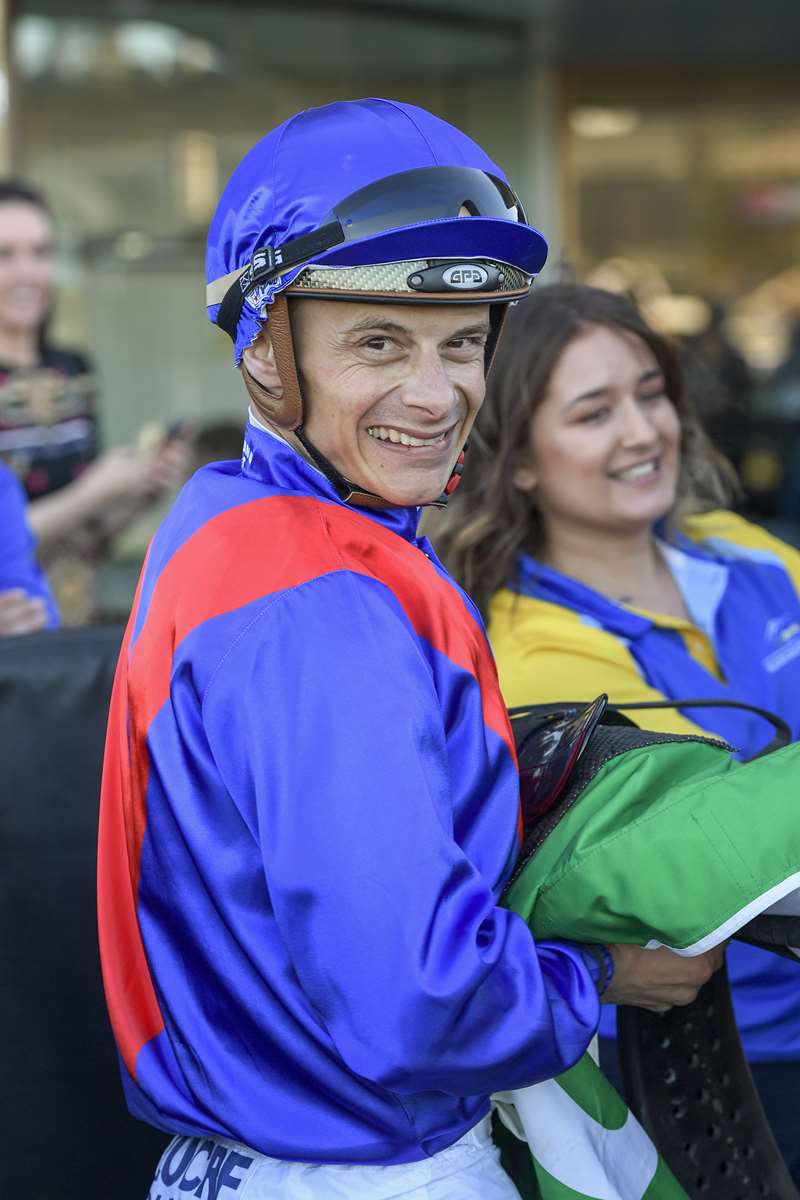 Brandon Lerena - could stay unbeaten at Nowra on Sunday with one win from one ride since arriving Down Under. Image by Bradley Photographers

The 30-year-old from Durban was poise and power in a tight finish in his first ride in Australia, winning on the Baker’s debut outsider Mystery Trick at Kembla two weeks ago, beating Cummings and Snowden favourites.

Twilight Sun contests the Kathy O’Hara Winning Jockey Maiden (1100m) with 55kg and a perfect barrier one for Lerena. He was unextended winning a Rosehill barrier trial three weeks ago.

The three-year-old gelding is by emerging sire Akeed Mofeed (GB) who won a Hong Kong Derby and Cup and in 2014 had a rating as the third-best galloper on the planet. He’s the sire of the Hawkes's rising recent winner Heart Conquered.

“His progeny are winning regularly, this gelding has trialled up nicely, strong and progressive, so we’ve got expectations from the good gate,” McLean assessed.

Twilight Sun is expected to get further on his breeding, but fresh off a 900m trial, Sunday’s race is an ideal starting point.

The Baker’s last start Goulburn maiden winner Unimpeded will be hard to beat for Chad Lever in a Foodie Night Market Class I, 1000m.

“She took two nice trials into a maiden win - she was quite dominant, race fit and trained on to take the next step.”

There was ample reason for the last start failure of lightly-raced Antarctic Ocean (NZ) who contests the Robbie Dolan Maiden 1400m for Lever.

“He pulled up with heart arrhythmia so we had to take him back to the trials - drawn wide but did place at Kembla first start.”

The prolific south coast combination of the Price stable and Kathy O’Hara have contenders throughout the seven–race program. In-form Mark Newnham and Joe Pride also have strongly fancied runners where Nowra at present is rated a good 4 track in fine conditions.