Zamex Not Intent On Sharing This Time (Murwillumbah Cup)

Connections of local galloper Zamex will be hoping to go ‘half’ a win better in Friday’s $40,000 Riverview Hotel Murwillumbah Cup (1530m).

Zamex came from near last to dead-heat for first with Future Event in last year’s Cup after having an interrupted passage down the straight.

Despite being trained at Murwillumbah by Matthew Dunn, the just turned six-year-old has only raced on his home soil just once. 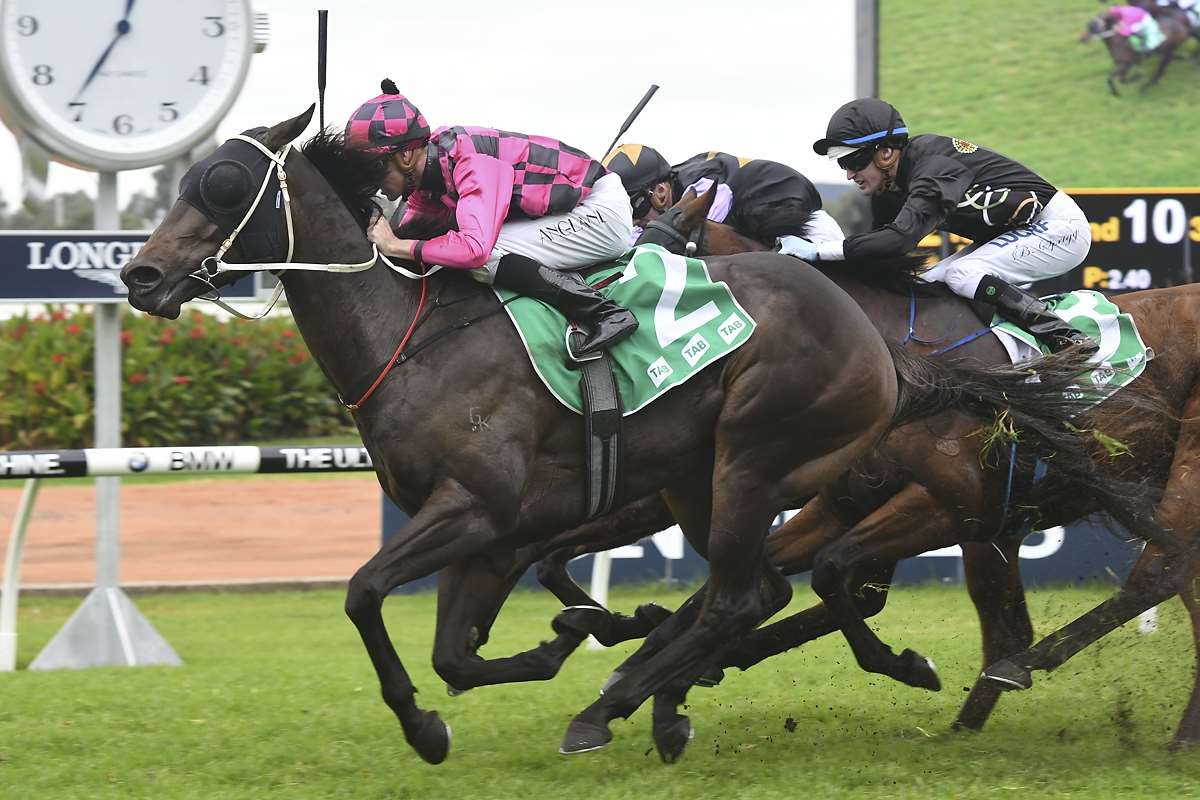 Zamex (Tye Angland) launches down the outside to win at Rosehill Gardens. Image by Bradley Photographers

Zamex had a five-week break before returning with a sound seventh in the Casino Cup (1400m) yesterday week, when coming from last at the home turn and making his run near the outside fence: "I expect him to run well," Dunn said.

Stablemate Ready for Danger is also entered for the Murwillumbah Cup and, coincidentally, has also raced on the course on one occasion for one win: "Both have shown they handle the course and I'm pleased with their progress."

Tough-as-teak galloper Bodega Negra will be out to bolster his trophy cabinet in the Cup, having claimed the South Grafton Cup and Sawtell Cup (at Coffs Harbour) recently.

“We will have some terrific racing and in excess of $204,000 in prizemoney available,” said Tweed River Jockey Club’s GM, Tim Booth.

“We’ll have live music on the lawn and Mark Forbes, an MC and sports commentator, will be entertaining the crowd throughout the afternoon.

“There is children’s entertainment with gates opening at 11am and a local shuttle bus operating to and from Murwillumbah, with buses from Gold Coast and the Tweed Coast.

“The track is in great shape after we fertilised the course proper and it should be nice and green come raceday.”

Meanwhile, there’ll be many family reunions at Collie Cup Day at Gilgandra the following day.

“We have some great prizes for the Fashions in the Field, live music, a jumping castle, and plenty of hot food catered by the Girl Guides with our bar run by the most obliging and capable Gilgandra Lions Club.

Lismore Turf Club has an excellent promotion for its raceday tomorrow week (Monday 26 August) with a “Taxi receipt = Free entry” promotion. Just provide your taxi receipt to the front gate for gratis entry.

LTC will open its Members Lounge to all attendees with the Club also having bar and catering specials with $5 beers and $15 meal deals, along with full TAB and bookmaker facilities.

“We are gearing up for the Lismore Cup on Thursday 19 September,” said LTC’s functions & operations manager, Daniel Kedraika.

“With the amazing country increases from Racing NSW, the Lismore Cup is now worth $75,000 and three other races on our Country Showcase day are up to $50,000.

“This should see increased field sizes and ensure it is a top day’s racing.”